HomeOther TechGamingPUBG New State registration kicks off in India for Android and iOS... 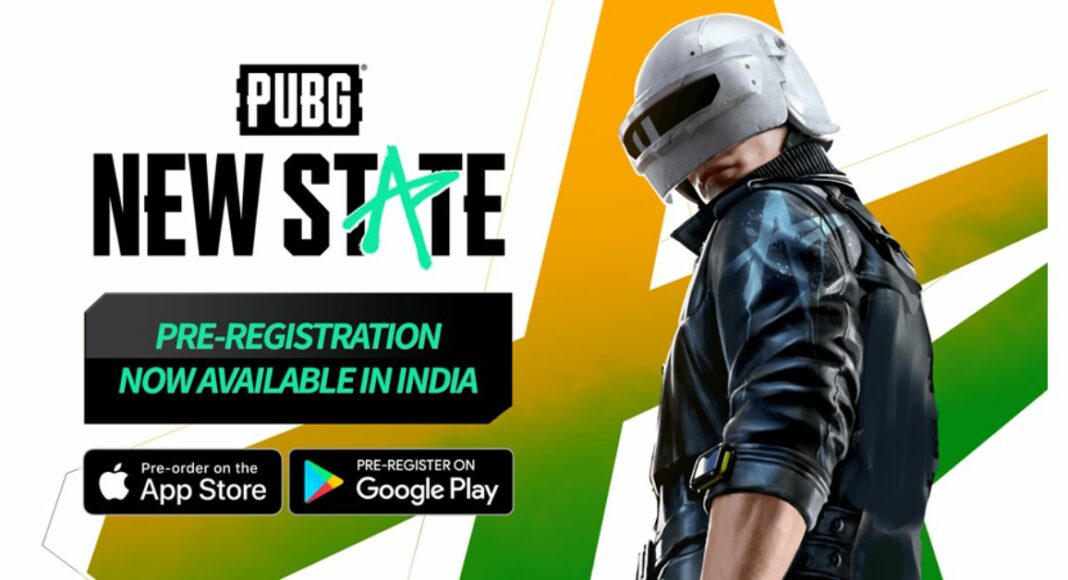 Krafton today announced the commencement of the pre-registration of the Player Unknown’s BattleGrounds New State title in India. The new battle royal game comes to India after several months of its launch in other regions. PUBG New State will be open for both Android and iOS users in the country.

The highly anticipated PUBG New State pre-registrations have gone live in India. The link to pre-register is available on both Google Play Store and App Store in the country. The new game title will launch as a free-to-play experience on both Android and iOS platforms. It is said to create PUBG: BATTLEGROUND’s original Battle Royale experience, making it the most realistic battle royale game on mobile.

Before coming to India PUBG: NEW STATE was made available in the global market excluding India and on the popular demand of Indian fans Krafton the developer of the game today announced the commencement of the pre-registration. Now that the registration is live the fans can join other players across the globe.

The company has not yet shared an exact launch timeline but as per Krafton, the new battle royal game is able to fetch over 32 million pre-registrations on Android and iOS globally excluding China, India, and Vietnam. It will bring a new gaming experience with the latest weapons and vehicles. The games would also experience new maps, techniques, and more. According to the available information, the PUBG New State will offer more realistic and dynamic gunplay fully optimized for the mobile environment. You can also customise your guns to fit your needs and survive on the battleground with PUBG’s unique weapon attachment system.

New and unique mechanics that include dodging, drone calls and support requests will be introduced too. The new vehicles will be available to be utilised across the 8×8 open-world battleground

Player Unknown’s BattleGrounds New State title Executive Producer Minkyu Park said, “Knowing that PUBG IP from Krafton is enjoying countrywide popularity in India and our Indian fans have high interest in the launch of PUBG: NEW STATE in India, we at PUBG STUDIOS are doing our best to offer a battle royale experience only we can deliver based on the stable service for our Indian fans.”

The company invested a total of 70 million USD this year in the Indian IT sector including the leading Indian esports company NODWIN Gaming, the game streaming platform Loco, and the Indian No.1 web novel platform Pratilipi.

Komila Singhhttp://www.gadgetbridge.com
Komila is one of the most spirited tech writers at Gadget Bridge. Always up for a new challenge, she is an expert at dissecting technology and getting to its core. She loves to tinker with new mobile phones, tablets and headphones.
Facebook
Twitter
WhatsApp
Linkedin
ReddIt
Email
Previous articleBest apps to download in your new Samsung Galaxy Watch 4
Next articleHow to spot a fake product on Amazon and Flipkart