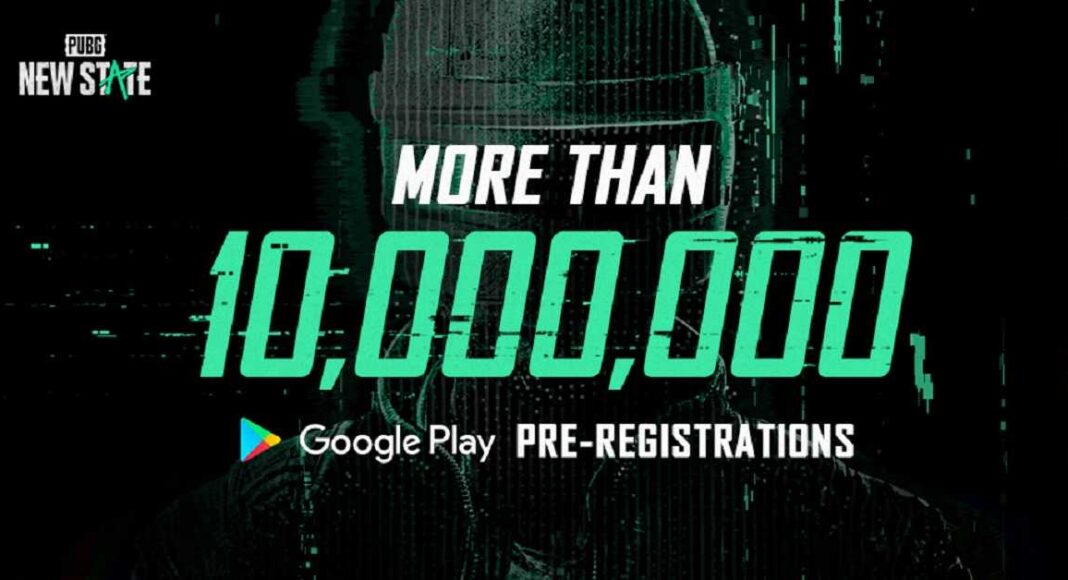 KRAFTON, the South Korean video game company, is expected to release a new version of PUBG, a famous battle royale video game made for the smartphone. Although the company will release the game by the end of the year 2021, it is available on the Play Store and the App Store for pre-registration.

According to a tweet by PUBG: New State, “We’re happy to report that we’ve hit over 10 MILLION #PUBGNEWSTATE pre-registrations on #GooglePlay. We’re humbled by the community’s overwhelming response and can’t wait to share our new battlegrounds experience with you later in 2021″.

What is the news regarding the PUBG: New State?

The percentages of PUBG: New State pre-registrations across different regions are listed below.

According to KRAFTON, the total views of the PUBG: New State trailer and related videos have surpassed the value of 60 million.

What is the significance of the larger number of pre-registrations of the PUBG: New State?

Despite the ongoing ban on Chine apps including PUBG in India, the video game managed to instil enthusiasm among gamers in the rest of the world that is evident by the massive number of pre-registrations of the PUBG: New State. If Indian gamers try to pre-register in India, they will receive a message saying, “isn’t available in your country”.

Before the ban of PUBG in India, there were around 33 million to 50 million active PUBG players with more than 175 million downloads. PUBG observed more downloads in India as compared to any other country.

When will KRAFTON release the stable version of PUBG: New State?

According to a tweet by PUBG: New State, “We’re hard at work developing the game, but we hear you! Outside of 2021, we don’t have more details around the release date, but we’re happy to announce that we will host alpha tests for #PUBGNEWSTATE during Q2 2021 in a LIMITED number of regions. Stay tuned for more info”.

KRAFTON also revealed that the new video game will soon be launched for alpha testing in limited countries. For alpha testing, PUBG: New State will be made available to selected gamers. The company is yet to reveal when the stable version of the game will be released globally.