This newly-launched Pikachu wireless audio gadget goes in line with the Hammerhead earbud. 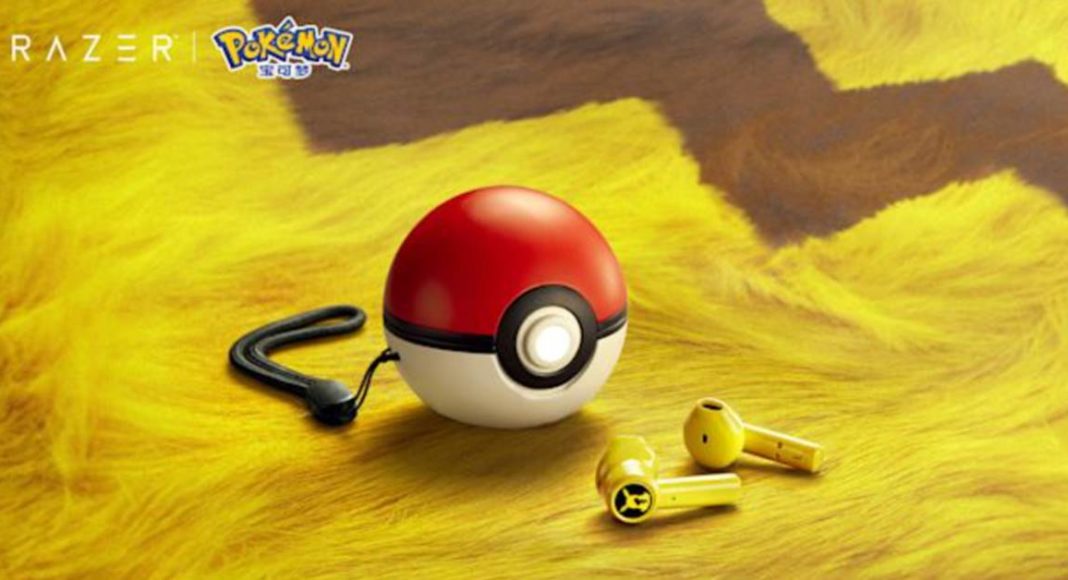 Have you ever thought of having a Pokemon-themed earbud? Razer, a lifestyle brand for gamers, has now come out with Pikachu True Wireless Earbuds along with Pokeball charging box offer a 24-month warranty period.

This newly-launched Pikachu wireless audio gadget goes in line with the Hammerhead earbud as it also comes equipped with a 13mm driver each to provide a quality listening experience, pushing out crisp trebles and midrange with deep, satisfying bass. It also carries IPX4 water resistance feature as well as Bluetooth 5.0 radio. With its Bluetooth requiring less power, the earbuds can last up to 16 hours with its charging case and automatically connects to its last paired device for easy, fuss-free handling.

Priced at CNY 999 (which translates to approx. Rs 10,700), Pikachu Wireless Earbuds also feature 60ms input latency, which means its audio stays synced with your device and will never stutter, providing a competitive gaming advantage and a more immersive experience for videos and music.

Last year, Razer had collaborated with Pokemon to come up with a collection of Razer gaming gears that are themed most popular Pokemon, Pikachu. As far as the price is concerned, the keyboard will cost CNY 599, while the mouse and mousepad combo will cost CNY 399. For those who place pre-orders, they will receive CNY 100 off their purchase.That means the keyboard would cost CNY 499 and mouse combo would only cost CNY 299.

Recently, Razer has collaborated with Zouk Group to pioneer the first cloud clubbing experience in Southeast Asia. Together with live streaming platform Bigo Live, this series will feature exclusive closed-door sets played at Singapore’s iconic nightclub Zouk to revolutionize the party scene in the region.

Zouk will be curating a series of closed-door sets that will stream exclusively to viewers on Razer’s Bigo Live channel. During the set, viewers will be able to interact with the DJs via the live stream chat, as well as utilize Bigo Live’s functions such as sending virtual gifts with Razer Gold or Razer Silver. A portion of any proceeds accumulated will be donated to the Singapore government to support the fight against COVID-19.

“Youth and millennials, especially those who play games, tend to make the best out of the worst situations. With COVID-19 calling for social distancing, Razer and our partners will unlock the potential of cloud clubbing in Southeast Asia and drive thousands of party-goers to the livestream,” said Min-Liang Tan, CEO and Co-Founder of Razer.

Through cloud clubbing, Razer and its partners aim to keep spirits high by reminding the public that social interactions are a key support system to get through these difficult times. To participate in the stream, please download the Bigo Live app and follow Razer.