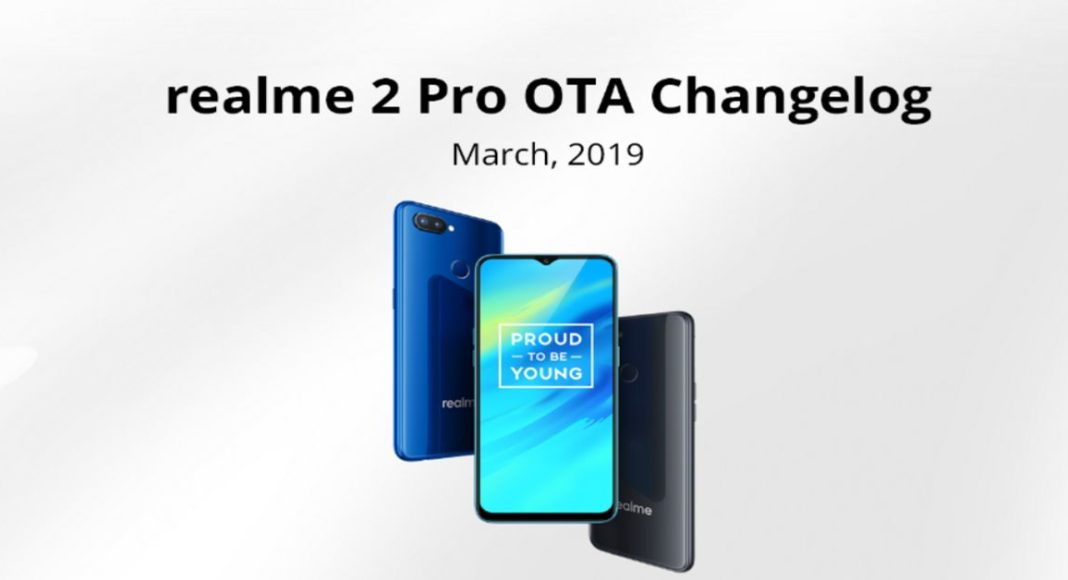 Chinese smartphone brand Realme has started rolling out the new ColorOS updates for its three of its smartphones. The devices that will receive the new update are — Realme 2 Pro, Realme 2, and Realme C1. The new ColorOS update brings the March Android security patch along with tweaks and improvements over the previous version of ColorOS. The update for all the devices is currently live in India and Indonesia and the users of the devices mentioned above will receive an over-the-air (OTA) update in the coming days.

Although the users will receive the updates automatically, if you don’t want to wait for it, you would be happy to know that the company has also made the update files available on its website. You can download the update files from the website to manually install it.

The new ColorOS update for Realme smartphones was announced on company’s website. And according to the company, the Realme 2 Pro update carries the software build number RMX1801EX_11.A.17_0170_201903151409 and it includes just the March Android security patch for the handset. However, the company has confirmed that the new ColorOS update will soon bring various new features to the devices.

Furthermore, the Realme 2 update carries the software build number RMX1805EX_11.A.25_0250_201903192122 and it too includes the  March Android security patch for the device. But along with that the update also brings Expert mode and fingerprint shooting mode for the camera app of the smartphone. The Expert mode allows the user to manually tweak all the settings of the camera when clicking a picture. And the fingerprint shooting mode allows the user to tap on the fingerprint sensor to take a picture when the camera app is open

Lastly, the Realme C1’s update holds the same software build number as the Realme 2, which is RMX1805EX_11.A.25_0250_201903192122. The Realme C1 update also brings the March Android security patch along with the same new features as the Realme 2. But there is no inclusion of the fingerprint shooting mode on the Realme C1.

Other than the above-mentioned smartphones, Realme U1 has already received its March security patch update. And with the inclusion of the Realme 2 Pro, Realme 2 and the Realme C1, the only devices which haven’t received the new ColorOS update till now are the Realme 1 and the Realme 3.

To recall, the Realme was once a sub-brand of Oppo which later became independent. Since the beginning, the smartphone brand has been appreciated for launching handsets with powerful specifications in the budget segment.

Aman Singhhttps://www.gadgetbridge.com/
Aman Kumar Singh has a Masters in Journalism and Mass Communication. He is a journalist, a photographer, a writer, a gamer, a movie addict and has a love for reading (everything). It’s his love of reading that has brought him knowledge in various fields including technology and gadgets. Talking about which, he loves to tweak and play with gadgets, new and old. And when he finds time, if he finds time, he can be seen playing video games or taking a new gadget for a test run.
Facebook
Twitter
WhatsApp
Linkedin
ReddIt
Email
Previous article
Top 10 gaming smartphones that you can buy right now
Next article
Apple officially shuts down its AirPower wireless charger unit