Realme 6 and Realme 6 Pro to launch on March 5 in India, registration for blind order begin 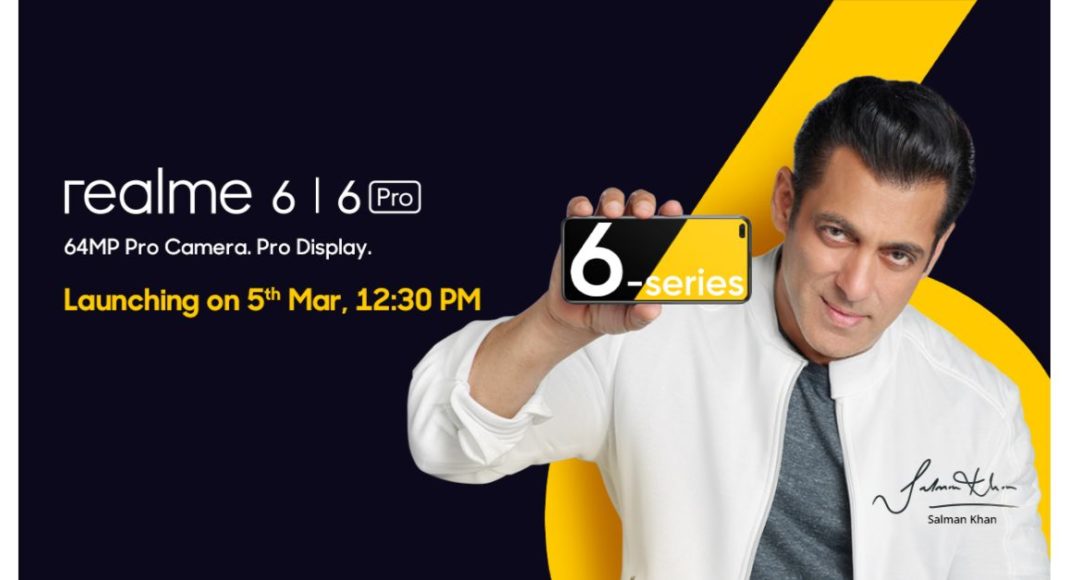 The Chinese Smartphone manufacturer Realme earlier this week launched its first 5G phone Realme X50 Pro in India. Now the company is all set to launch another new phone in the Indian market that is said to feature a Pro-grade camera and Pro display. The company is bringing the new series of Realme 6 in the country that will include two smartphones that are Realme 6 and Realme 6 Pro. Moreover, the new Realme 6 series is going to be unveiled on March 6th that is next week.

Interestingly, the company has chosen the famous Bollywood actor Salman Khan to promote its upcoming product. Yes, Salman Khan is the company’s new brand ambassador. The company revealed this by sharing a poster in which the actor is seen flaunting one of the phones from the Realme 6 series. The company gave us the first glimpse of the phone that will be featuring a dual hole-punch display. The device is going to have thin side bezels. 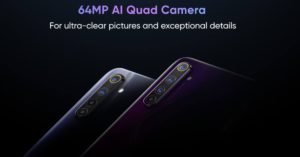 Moreover, the company’s CEO has also revealed that the series will also pack a 64-megapixel primary camera. He also teased that the smartphone will come with a Pro Display.

In another poster image, the company turned the spotlight on the Realme 6 series rear camera set up. It reveals that both Realme 6 and Realme 6 Pro is going to feature quad cameras placed vertically inside a pill-shaped camera module. The camera system will be powered by a 64-megapixel main camera, an ultra-wide lens a telephoto lens along with an ultra macro lens and the camera system will be supporting 20X zoom. 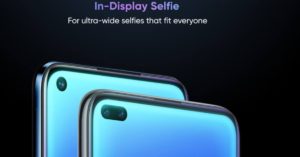 Another image confirmed that the Realme 6 is going to have a hole punch camera for taking selfies while the Pro variant is going to feature a dual selfie camera setup for ultra-wide selfies. In addition to this, the company also revealed that both the upcoming devices will come with a Full HD+ display with a 90Hz refresh rate. Also to make it more powerful the Realme 6 series will be supporting 30W flash charge tech. 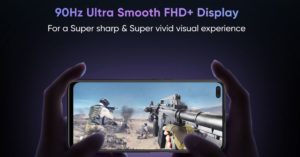 Ahead of the launch, the company has also shared blind order details as well offers on the upcoming series. According to the company, interested buyers can book a device from the series by depositing a sum of Rs 1,000 before March 4. The remaining balance can be paid before the first sale on March 15. On the pre-booking of Realme 6, the buyers will receive Realme Buds 2 as a free gift while Realme 6 Pro buyers will receive Rs 1,000 off coupon on Realme Buds Wireless.

Komila Singhhttp://www.gadgetbridge.com
Komila is one of the most spirited tech writers at Gadget Bridge. Always up for a new challenge, she is an expert at dissecting technology and getting to its core. She loves to tinker with new mobile phones, tablets and headphones.
Facebook
Twitter
WhatsApp
Linkedin
ReddIt
Email
Previous article
Canon EOS 850D with High-Speed Autofocus and Intelligent Tracking launched in India
Next article
Ahead of the launch Oppo Reno 3 Pro’s camera details and colour options revealed