HomeMobilesVivo V17 Pro confirmed to be launched on September 20: Will come...

Vivo V17 Pro confirmed to be launched on September 20: Will come with twin front cameras 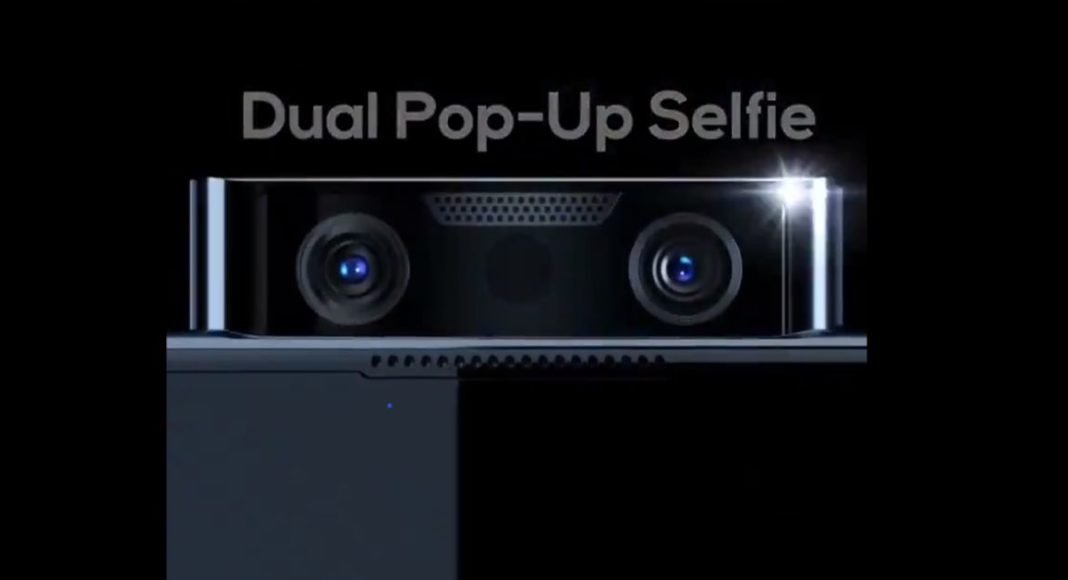 The Chinese company Vivo is gearing up to launch its next-generation smartphone Vivo V17 Pro. The company has now officially announced that it will be launching the smartphone on September 20. The upcoming Z series smartphone is claimed to be the “world’s first 32-megapixel dual pop-up selfie”. Vivo V17 Pro is the upgraded variant of the Vivo V15. Leaks and rumors with regard to the upcoming smartphone are already doing the rounds on the web to suggest that what we can expect from the handset.

Vivo took to Twitter where it posted a teaser video of the Vivo V17 Pro on its official Vivo India Twitter account. The Vivo teaser bears a hashtag  #ClearAsReal. The teaser also showcased the upper back panel of the smartphone in which a dual pop-up selfie camera module is flaunted. The teaser says it is the World’s first 32-megapixel dual pop-up selfie camera which is also an upgrade over its predecessor Vivo V15 Pro that comes with a single pop up selfie camera. It further says Vivo V17 Pro is launching on 20 September.

Now before the company announced the launch date of the upcoming smartphone, Vivo declared its association with Nat Geo Traveller India where it posted a picture taken via Vivo V17 Pro revealing the imaging capability of the mobile phone. Apart from that, the company has also started sending out press invites for the launch of the new V-series smartphone. As per the press invitation, the launch event of the Vivo V17 Pro will be hosted in New Delhi at 11.15 noon IST on September 20.

To recall, Colors channel also posted a short video teaser of the Big Boss Season 13 where the smartphone is being flaunted in the hands of Salman Khan. The video says “Vivo V17 Pro presents Big Boss 13.”

Separately a German tech website WinFuture also revealed the specifications of Vivo V17 Pro. The website suggests the upcoming smartphone is expected to feature 6.44-inch full-HD+ (1080×2440 pixels) Super AMOLED display along with a 21:9 aspect ratio. There is also the presence of an in-display fingerprint sensor. It will reportedly be powered by octa-core Qualcomm Snapdragon 675 along with up to 8GB of RAM and at least 128GB of internal storage. The smartphone will run on Android 9 Pie with FuntouchOS on top.

On the imaging front, as published the phone is said to arrive with a 2-megapixel depth sensor alongside the 32-megapixel primary selfie camera that also has the support for wide-angle selfies along with a bokeh effect on the V17 Pro.

It is expected to come with a quad rear camera set up consisting of a 48-megapixel primary sensor, an 8-megapixel secondary sensor with a wide-angle lens and two 2-megapixel sensors.

The connectivity options on the phone include Wi-Fi 802.11ac, Bluetooth v5.0, GPS/ A-GPS, NFC, USB Type-C port, and a 3.5mm headphone jack. The report also suggests that Vivo V17 Pro will be housing a 4,100mAh battery.

Komila Singhhttp://www.gadgetbridge.com
Komila is one of the most spirited tech writers at Gadget Bridge. Always up for a new challenge, she is an expert at dissecting technology and getting to its core. She loves to tinker with new mobile phones, tablets and headphones.
Facebook
Twitter
WhatsApp
Linkedin
ReddIt
Email
Previous articleiPhone 11 series prices leaked online ahead of launch
Next articleApple launches new iPad (7th-generation), Apple Watch Series 5 and other services