HomeMobilesRealme to soon launch Realme smartwatch in the market, a Lightning Purple...

Realme to soon launch Realme smartwatch in the market, a Lightning Purple variant of Realme 6 Pro also confirmed by the CEO Madhav Sheth, will this work? 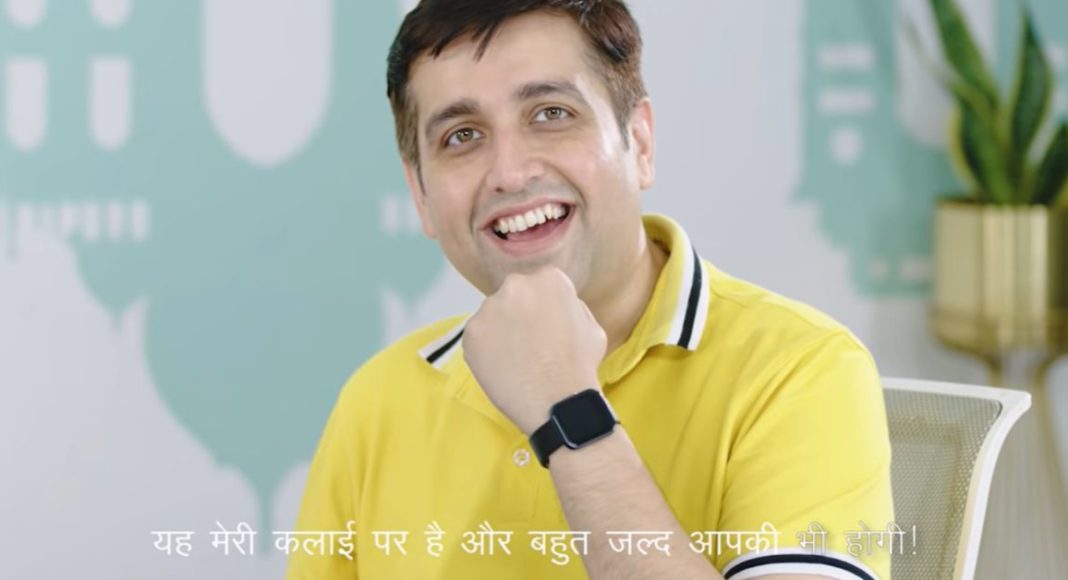 Realme’s upcoming smartwatch is no more hidden secret. The company’s CEO Madhav Sheth himself unveiled the first look of Realme Smartwatch. He also revealed that the device is coming to India very soon in the latest episode of #AskMadhav on YouTube.

In the Ask Madhav series of YouTube video, Mr. Sheth was seen flaunting the Realme Smartwatch on his wrist. The upcoming watch looks similar to Apple Watch to recall another Chinese company Oppo also launched Oppo Watch which looks quite a lot like Apple’s device. The Realme smartwatch will also come with a square-shaped dial along with a black strap.

Earlier this month Realme also launched its first fitness band Realme Band in India. But now he also confirmed that new watch faces can also be expected in the near future. The call notifications bug can be fixed via updating devices through the Google Play Store. During its latest interview, he also quoted “It’s on my wrist, and it will be on yours soon.” which indicates that the company might launch the device alongside its upcoming smartphone series Realme Narzo 10. However, the company has recently cancelled the launch of the series which was scheduled for March 26 which is today due to nationwide lockdown.

The Realme India CEO also confirmed that the company will soon launch Lightning  Purple colour variant of Realme 6 Pro however there is a white variant of the device in the product video which also might launch soon. At the moment Realme 6 Pro comes in two colour variants Lightning Blue and Lightning Orange. Moreover, in the near future, the Realme 6 camera will get upgraded with features such as slow-motion and UIS to be rolled out more likely in the month of April via OTA.

He further spilled the beans on new Realme Bluetooth speakers which the company is currently working on to bring to the market. A lot of reports have emerged slamming the last Realme band, which is a blatant copy of Xiaomi and is also not great to work with. The road for Realme is definitely tough as it is struggling to keep its foothold here as there are better brands in the Indian market, which users are picking over the ailing Chinese brand Realme.

Komila Singhhttp://www.gadgetbridge.com
Komila is one of the most spirited tech writers at Gadget Bridge. Always up for a new challenge, she is an expert at dissecting technology and getting to its core. She loves to tinker with new mobile phones, tablets and headphones.
Facebook
Twitter
WhatsApp
Linkedin
ReddIt
Email
Previous articleHuawei P40 Series all set to launch today: How to watch the Livestream
Next articleCoronavirus outbreak: Know what Fitbit is offering to keep its users healthy

Komila Singh - Oct 28, 2021 0
Diwali has arrived and almost all the tech giants are lobbying offers as part of the festivities. And Google Play store is running Great...