Know how to watch the live stream and their tech specifications 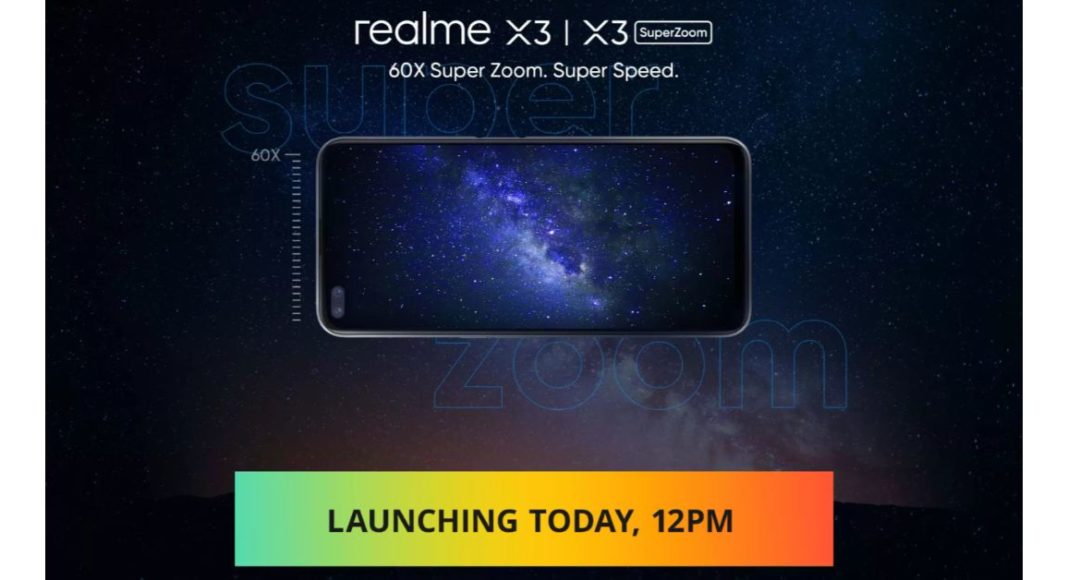 The Chinese smartphone manufacturer Realme is all set to launch its new series of Realme X3 in the country today. The series is going to include two handsets Realme X3 SuperZoom and Realme X3. Alongside their two smartphones, the company will also introduce Realme Buds Q. The mobile phone series is going to make its global debut in the country however the SuperZoom edition was launched in Europe last month while the earbuds were first launched in China. The company has kept a digital launch event to introduce its product in the country. Read on to know how you can watch the event live.

Realme X3 series expected pricing and how to watch the Livestream

As we mentioned earlier the Realme X3 SuperZoom has already been launched in Europe last month. There the price of the smartphone has been set at EUR 499 that translates to Rs 42,900 for the 12GB + 256GB variant and is available in two colour options Arctic White and Glacier Blue. The device I also expected to be available with a similar price range.

Whereas Realme X3 pricing has not been revealed yet. To recall, the company launched its predecessor Realme X2 in India last year at Rs 17,999. So similar to its elder sibling the price tag of the successor could cost a bit higher or might fall in the same range. At the moment both the phones are being teased on the e-commerce website Flipkart, so it is clear that both the smartphones will be available for purchase via this platform as well as Realme.com.

Due to the coronavirus outbreak in the country the company will be hosting an online launch event to introduce its devices in the country. As it is a digital event so this will be live-streamed via the company’s official YouTube channel and across all its social media channels. The live event will begin at 12.30 noon in India and for your ease, we have embedded the link below.

Realme X3 SuperZoom is going to run on Realme UI based on Android 10. The device will be featuring a 6.6-inch full-HD+ LCD display with 1,080×2,400 pixels of resolution supporting a 120Hz refresh rate. Under the hood, there is an octa-core Qualcomm Snapdragon 855+ with up to 12GB of LPDDR4x RAM with  256GB of UFS 3.1 storage.

According to leaks Realme Xe is expected to run on Realme UI skinned on Android 10. The device is tipped to come with a 6.57-inch full-HD+ hole-punch display with 1,080×2,400 pixels of resolution. There might be an octa-core processor with 12GB of RAM and up to 256GB of storage. It is said to feature a quad rear camera set up that includes a 48-megapixel primary sensor with a secondary 8-megapixel sensor; other camera details are still not clear. It is most likely to come with a dual selfie camera set up with a 16-megapixel sensor and a 2-megapixel secondary lens. 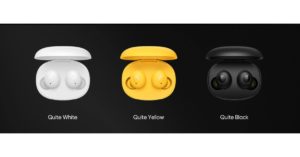 According to a dedicated microsite Realme Buds Q will be offering 20 hours of total playback and 4.5 hours of playback when fully charged. The audio device will be placed inside a pill-shaped charging case. It is going to include a 10mm bass driver and is integrated with a new Gaming Mode that offers 119 milliseconds of Super Low Latency while playing games for better audio quality. The dedicated page confirms touch controls on the Buds Q and is IPX4 rated for water and dirt resistance. There will be 30W wired charging support and can be connected using Bluetooth v5.

Komila Singhhttp://www.gadgetbridge.com
Komila is one of the most spirited tech writers at Gadget Bridge. Always up for a new challenge, she is an expert at dissecting technology and getting to its core. She loves to tinker with new mobile phones, tablets and headphones.
Facebook
Twitter
WhatsApp
Linkedin
ReddIt
Email
Previous articleShaadi.com removes skin tone filter from its platform after an online petition
Next articleRealme X3 and Realme X3 SuperZoom with year old CPU, chipset and features launched in India