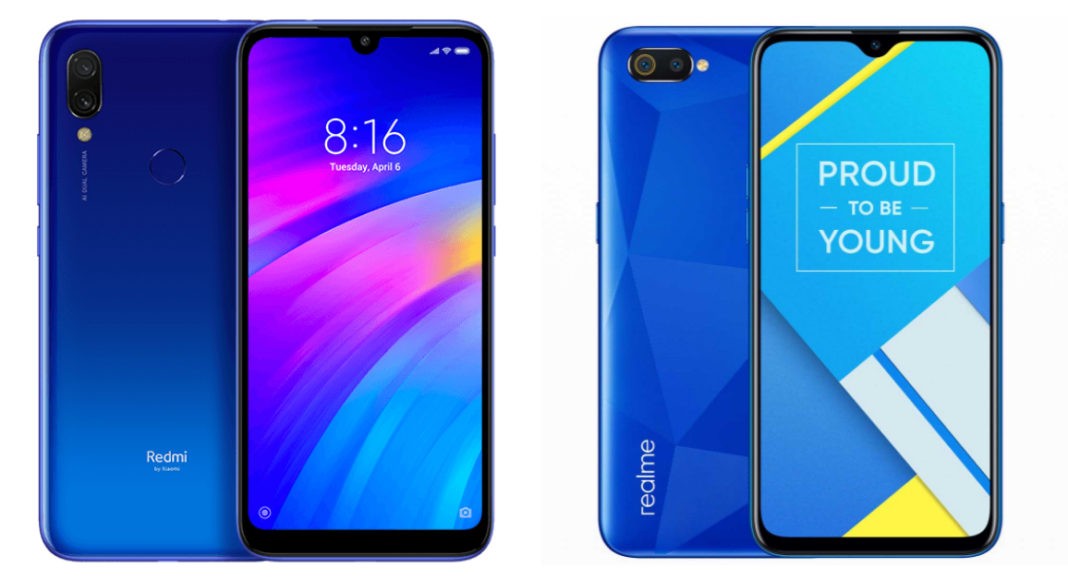 Xiaomi has finally launched its much-awaited Redmi 7 handset in India alongside the selfie-centric Redmi Y3. Before today, there was no official word about the launch of the Redmi 7 from Xiaomi. Instead, only some leaks and speculations had surfaced online, so today’s launch comes as a surprise. The Redmi 7 was already launched in China first so we already knew the specifications of the smartphone. The difference was in the RAM/storage variants that were launched in India, and of course, we did not know about the pricing. Besides this, the colour names of the Indian variants of the Redmi 7 are different despite the fact that the colours are the same as their Chinese counterparts.

On the other hand, we have the Realme C2 which has already been announced but will go on sale in the Indian market sometime later. We are comparing the Redmi 7 with the Realme C2 as both of them hold similar specifications and features. Read on to know which among the two is the handset for you:

Aman Singhhttps://www.gadgetbridge.com/
Aman Kumar Singh has a Masters in Journalism and Mass Communication. He is a journalist, a photographer, a writer, a gamer, a movie addict and has a love for reading (everything). It’s his love of reading that has brought him knowledge in various fields including technology and gadgets. Talking about which, he loves to tweak and play with gadgets, new and old. And when he finds time, if he finds time, he can be seen playing video games or taking a new gadget for a test run.
Facebook
Twitter
WhatsApp
Linkedin
ReddIt
Email
Previous articleOnePlus 7 goes official: 10 things you should know about the smartphone
Next articleNokia 9 PureView in-display fingerprint scanner has this serious bug