HomeMobilesRedmi 8A Dual and Redmi Power Bank launched in India: Pricing and...

The smartphone is an upgraded model of Redmi 8A 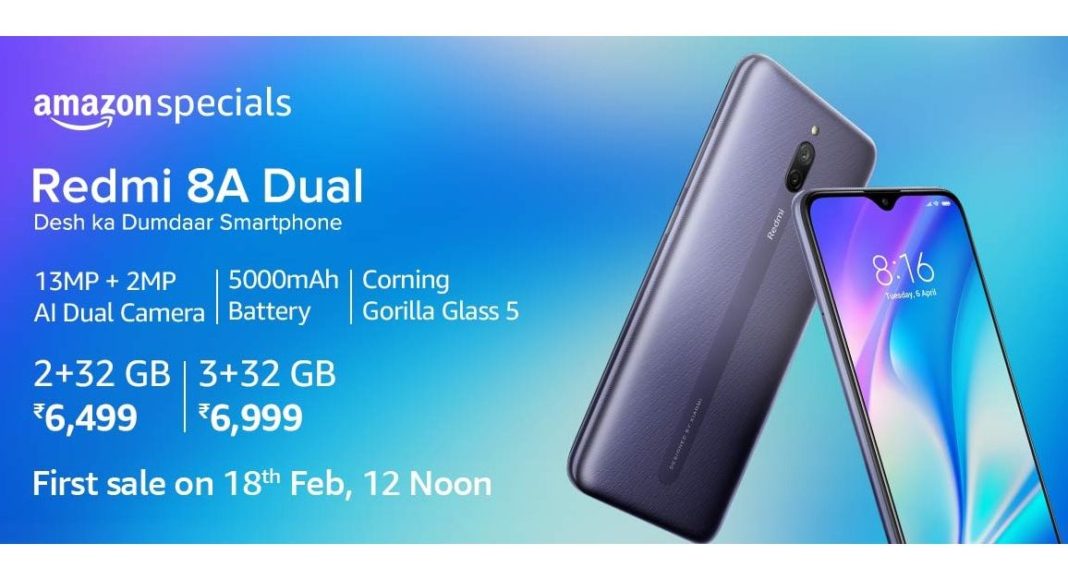 Today Xiaomi India has launched its new smartphone under the budget segment in India. The company rolled out Redmi 8A Dual in the country. The key highlights of the device include a 5000mAh battery with a Qualcomm Snapdragon 439 processor along with a dual camera set up. Alongside the smartphone, the company also launched Redmi power banks. These two devices were already launched by Xiaomi in China last year in 2019.

Redmi 8A Dual and Redmi Power Banks pricing and availability

Xiaomi Redmi 8A Dual has been introduced in the country in two variants 2GB RAM with 32Gb of storage and 3GB of RAM with 32GB of storage. The former has been priced at Rs 6499 while the former’s price has been set at Rs 6999. It will be available in three colour options: Sea Blue, Sky White and Midnight Grey. The device will go on its first sale via e-commerce platforms Amazon, Mi.com as well as Mi Home stores from February 18 at 12 noon onwards.

Starting with Redmi 8A Dual, which is also an upgraded variant of Redmi 8A which was launched in the country last year. The newly launched device features a 6.22-inch HD+ display with water drop notch and 1520×720 pixels of resolution that is protected by a Corning Gorilla Glass 5. The smartphone draws its power from the Qualcomm Snapdragon 439 processor coupled with up to 3GB of RAM and 32GB of internal storage. The storage can be expanded up to 512GB via a microSD card. 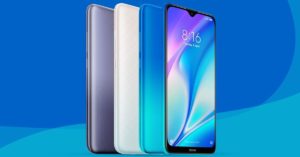 In terms of cameras, Redmi 8A Dual comes with a dual camera set on its rear panel. The set up consists of a 13-megapixel primary sensor and a 2-megapixel secondary sensor. While on the front there is an 8-megapixel selfie camera.

Redmi 8A Dual has a P2i coating that makes it splash resistant. It packs a 5000mAh battery that is supported by an 18W fast charging technology. However, the company provides a 10W charger out of the box.

The Chinese company also launched Redmi Power Bank in the country in two capacities 10,000mAh and 20,000mAh. Redmi Power Bank 10,000mAh model comes with a 10W charging support whereas the 20000mAh model offers 18W two way fast charging support. Both models are capable of charging two devices at the same time. To charge the devices one can use either MicroUSB or USB Type-C port.

Komila Singhhttp://www.gadgetbridge.com
Komila is one of the most spirited tech writers at Gadget Bridge. Always up for a new challenge, she is an expert at dissecting technology and getting to its core. She loves to tinker with new mobile phones, tablets and headphones.
Facebook
Twitter
WhatsApp
Linkedin
ReddIt
Email
Previous articleRedmi 9A with 5,000mAh battery to launch in India today: How to watch the live stream
Next articleAfter Amazon and Intel, Vivo also withdraws from MWC 2020 due to Coronavirus outbreak