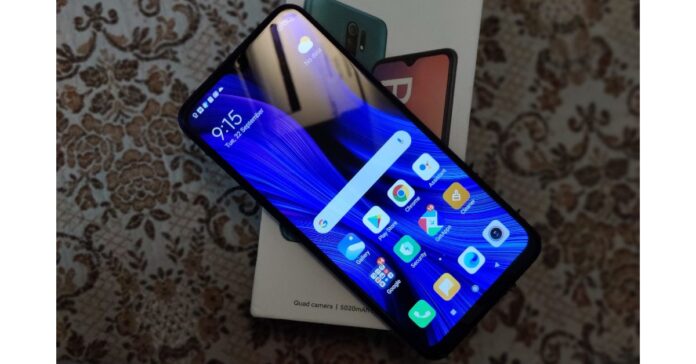 Xiaomi has been coming up with new smartphones in India at a regular pace. Recently it introduced Redmi 9 Prime in the country, which is the latest entrant in the 9 series. The device comes in the budget segment starting at Rs 9,999 that includes all the latest features including MediaTek Helio G80 SoC, quad rear camera setup and a 5,020mAh battery with 18W Quick Charge 3.0. Today we are here with Redmi 9 Prime review to help you know what it offers and should you pick it up?

Considering the price, the design of the phone looks and feels pretty good. The retail box includes some paperwork, a silicon cover, a USB charging cord and a 10W charging adapter (no the fast charger is not part of the pack). Unlike the Redmi Note 9, this mobile phone is not as glossy, rather this one has a matte finish texture on its rear panel, therefore, preventing smudges as well as fingerprints. Redmi 9 Prime is a little wider than other Xiaomi smartphones. Nevertheless, we didn’t mind the wider outlook. 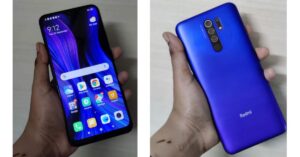 We loved the colour we got for review. We received the Space Blue colour and it looks ravishing. If you are not a blue person, then you will be glad that it comes in more colour options that include Mint Green, Matte Black and Sunrise Flare. We also liked the camera arrangements on the Redmi 9 Prime. It shares a resemblance with the last years Redmi Note 8 Pro that also had a pill-shaped camera module. Though this one is slightly raised from the body, which reminds us of the Poco X2. Just below the camera, there is a fingerprint sensor that we found to be quick and accurate than other Xiaomi phones till now. The placement of the sensor is perfect but it would not be for those of you who have long fingers, as most of the time your finger will reach the camera sensor when trying to unlock the smartphone. It gets a bit of getting used to, so a couple of days with the smartphone and you will be fine. 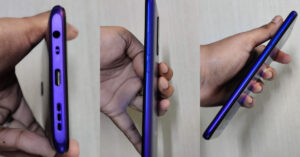 On the top edge, the Redmi 9 Prime has an IR Blaster, while the bottom you get a USB-Type C port for charging along with a headphone jack and a single firing speaker. The power and volume buttons have been placed on the right.

Moving ahead this phone also has a Full-HD+ display. At this price range, you rarely get to see an FHD display let alone FHD+. Redmi 9 Prime has a 6.53-inch full-HD+ with 1,080×2,340 pixels of resolution. The display has a 19.5:9 aspect ratio, 394ppi pixel density, 400nits of brightness and is protected with a layer of Corning Gorilla Glass 3. The colours are vibrant with adequate contrast colours. We would like to mention that the display also has really good sharpness. The brightness is good for outdoor usage, but alfresco you would wish for more illumination. And yes, except for the notch the front panel of the smartphone looks pretty similar to the expensive Redmi Note 9 series. All in all, this is one of the best display we have seen in a smartphone in the sub-10K segment.

This smartphone is powered by MediaTek Helio G80 SoC, which is an octa-core processor with two Cortex-A75 cores clocking at 2GHz and six Cortex-A55 cores clocking at 1.8GHz. Redmi 9 Prime comes in two different configurations — 4GB RAM with 64GB storage and 4GB RAM with 128GB storage. The unit which we are reviewing is the 128GB storage model, which is priced at Rs 11,999 while the base variant starts at Rs 9,999. 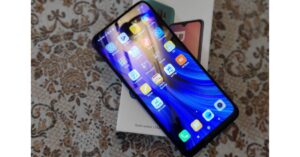 If you are an average user who only needs the phone that can perform daily tasks such as for calling purposes, web browsing, for off-the-cuff gaming, to check social media such as Facebook, Instagram and more as well as photography (in a budget) then Redmi 9 Prime perfectly dawns all your requirements. Even while multitasking we did not come across any lag. Switching between the apps at frequent intervals did not drop the performance, as during the test we kept plenty of apps open to know if there are any real chinks in its armour.

Considering the price, the company has provided a good gaming-focused processor and while we played Call of Duty: Mobile on high graphics setting there were no hindrances, which is delightful while keeping the price under check. Though it does get warm, that is acceptable here.

Software-wise, the Redmi 9 Prime runs MIUI 11 on top of Android 10 and the user experience is similar to what we get on most of the Xiaomi devices. It comes with a few pre-installed apps such as GetApps, Zili, Rummy King, ShareMe, Mi Credit, and Mi Pay in addition to a few games also. And yes, as most of the Chinese apps have been banned in the country the device did not have any of the apps from the list. For gamers, this also has Game Turbo for easy access to all the games installed on the phone at one place. We should make a special say out there, this smartphone comes with parental control tools. A good addition for people who want their children to have this device. One this we did not like is that apps such as Zilli keep showing useless notifications that were annoying. Luckily you can uninstall the app. 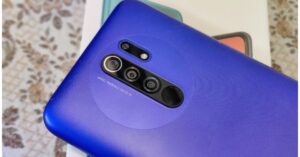 Let’s get to the cameras now, there are four cameras at the back of the phone including a 13-megapixel primary sensor with f/2.2 aperture. Further assisted by a secondary 8-megapixel ultra-wide camera with a 118-degree field of view and f/2.2 aperture, a 5-megapixel macro lens with f/2.4 aperture and a 2-megapixel depth sensor. The camera app offers basic features such as AI, HDR, and filters along with Pro mode. We captured decent shots during the daylight with accurate details and exposure with the Redmi 9 Prime. During the night it took not-so-great shots. Also, you don’t get a dedicated night mode feature on the Redmi 9 Prime, which is a drawback. 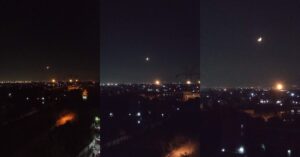 Over that, shooting from the wide-angle lens will get you low-resolution images and are less vibrant. But in good lighting, you can achieve better pictures. When the AI is enabled it is quick to recognise scenes. But if you are getting closer to the subject it takes time to lock focus and you sometimes end up getting blurred images. So you need to be patient to get a perfect shot with the Redmi 9 Prime. Otherwise, the portrait sensor gets you decent images, as it does well in terms of the subject with a good amount of details. 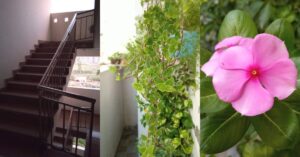 For selfies, there is an 8-megapixel front-facing camera with a 77.8-degree field of view and f/2.0 aperture. It shares the same story as that of the daylight images. It delivers decent details and colours too. The video capabilities are just limited to 1080P at 30FPS. It lacks details as well as stabilisation. So, for the vloggers, this is not the right device as it can only be used for general recording purposes.

Another good thing about this phone is that it has a massive 5020mAh battery. During normal use, it delivers almost 2 days of battery life. You get a whole day of electric life even when you are gaming heavily on the Redmi 9 Prime. But like we said, it ships with a 10W charger out of the box, which takes more than three houses to fully charge the device. 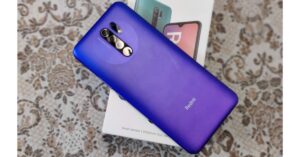 So, after testing Redmi 9 Prime we have realised that running normal tasks on the phone will not be problematic at all. By the way, for better performance, we would recommend you to go for the higher variant like the one we reviewed. In the gaming department, it performed well. The cameras are not wow, but justify the price range. Overall, right now the Redmi 9 Prime is the best budget phone under Rs 10,000.

- Advertisment -
Xiaomi has been coming up with new smartphones in India at a regular pace. Recently it introduced Redmi 9 Prime in the country, which is the latest entrant in the 9 series. The device comes in the budget segment starting at Rs 9,999 that...Redmi 9 Prime Review: The finest budget smartphone