The Redmi K20 is similar to the Redmi K20 Pro other than the CPU, RAM and charging capacity.

Although the India release of both the newly launched Redmi smartphone is currently not known, Xiaomi India’s head Manu Kumar Jain had earlier tweeted about their arrival in the country. But then, we still need to find out when it will happen.

On the camera front, the Redmi K20 Pro features an AI-powered triple-rear camera setup which comprises of a 48MP Sony IMX586 sensor and an f/1.75 aperture, a 13MP wide-angle-lens and an 8MP sensor with an f/2.4 aperture. On the front, there is a 20MP pop-up selfie camera. 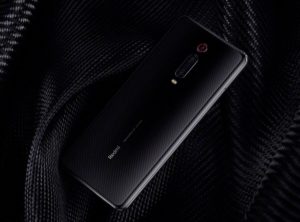 Coming to Redmi K20, it holds similar features, design and specifications as its Pro variant. But it is powered by the Qualcomm Snapdragon 730 SoC paired with up to 6GB RAM and 128GB of internal storage. It packs a 4,000mAh battery but with 18W fast charging support.

Aman Singhhttps://www.gadgetbridge.com/
Aman Kumar Singh has a Masters in Journalism and Mass Communication. He is a journalist, a photographer, a writer, a gamer, a movie addict and has a love for reading (everything). It’s his love of reading that has brought him knowledge in various fields including technology and gadgets. Talking about which, he loves to tweak and play with gadgets, new and old. And when he finds time, if he finds time, he can be seen playing video games or taking a new gadget for a test run.
Facebook
Twitter
WhatsApp
Linkedin
ReddIt
Email
Previous articleOppo Reno 10x Zoom Edition, Oppo Reno with side-swing selfie camera launched in India: Price and specifications
Next articleOnePlus 7 Pro’s Nebula colour variant is now on sale in India: Get all the details here