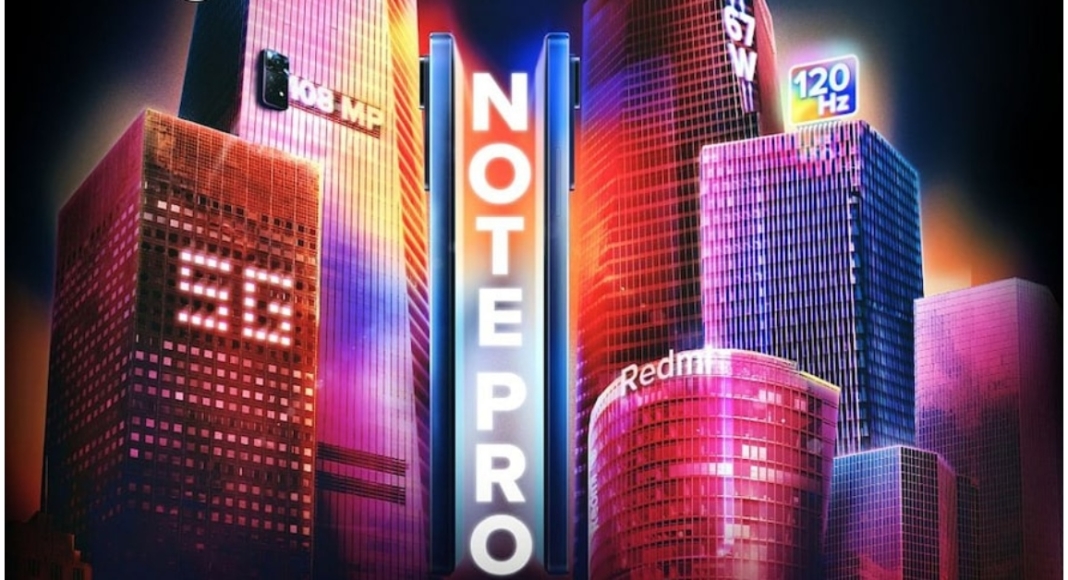 The Note 11 Pro is powered by an octa-core MediaTek Helio G96 SoC and up to 8GB of LPDDR4X RAM and runs MIUI 13, which is based on Android 11. The display on the device is a 6.67-inch full-HD+ AMOLED Dot Display with a refresh rate of up to 120Hz. It has a 5,000mAh battery and supports 67W Turbocharging.

A quad rear camera arrangement houses a 108-megapixel main sensor with an f/1.9 wide-angle lens, an 8-megapixel ultra-wide shooter, a 2-megapixel macro lens, and a 2-megapixel depth sensor. In addition, there is a front-facing 16-megapixel selfie camera for selfies and video chats.

It features three rear cameras: a 108-megapixel main sensor with an f/1.9 lens, an 8-megapixel ultra-wide lens, and a 2-megapixel macro camera.

Komila Singhhttp://www.gadgetbridge.com
Komila is one of the most spirited tech writers at Gadget Bridge. Always up for a new challenge, she is an expert at dissecting technology and getting to its core. She loves to tinker with new mobile phones, tablets and headphones.
Facebook
Twitter
WhatsApp
Linkedin
ReddIt
Email
Previous article
Asus 8Z vs Xiaomi 11T Pro vs iQoo 9: Which One Is Better?
Next article
Redmi Note 11E, Redmi Note 11E Pro with 5,000mAh battery launched