HomeReviewsRedmi Note 11 Review: A decent phone for multimedia use on a...

Redmi Note 11 Review: A decent phone for multimedia use on a budget

Should you buy the Redmi Note 11? Read our review to know more. 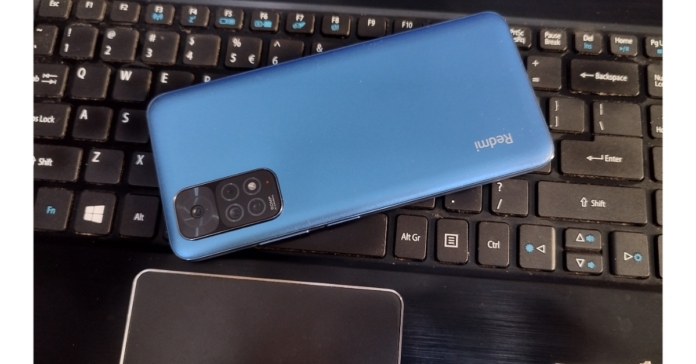 The Redmi Note 11 was recently released in India, and we got our hands on it. The phone starts at Rs 13,999 for the base model and goes up to Rs 15,999 for the most expensive variant. For that money, you’re getting a lot of bang for your buck, as it includes numerous upgrades over last year’s wildly popular Redmi Note 10. In this full review of the Redmi Note 11, we’ll see if it’s a compelling phone in its class.

The phone is the first thing you see when you open the relatively large box. Although we have it in Horizon Blue, the black and white colour variant also look quite nice. So, we’ve been using the phone for a few days now, and the design and build quality are the first things that have impressed us. Because it is not overly bulky and weighs around 180 grams, the device feels quite light when held. 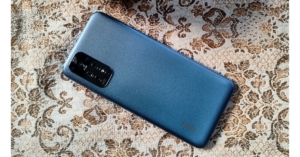 With a minimalistic design, the phone appears to be quite durable. The matte finish does a good job of keeping fingerprints and smudges at bay. Unlike the Redmi Note 11 Pro+ 5G (Review), which has a two-step design, the camera module seamlessly houses all four sensors. Because the phone is entirely made up of plastic, including the side frames. Our recommendation, you should use the silicon case that comes with it to avoid any mishaps. 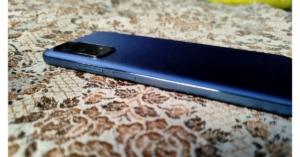 The volume keys and a power button with a fingerprint sensor (embedded within) are located on the right frame. The scanner is both fast and dependable. It has a SIM tray on the left that can hold two nano-SIM cards and a microSD card. There’s a 3.5mm headphone jack on top, as well as an IR blaster and speaker grill, as you can see. A USB Type-C port, as well as a speaker grill, are located at the phone’s bottom. 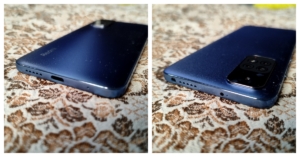 Outdoor visibility is not an issue because the colours pop well and the display can get quite bright. Unlike the Redmi Note 10 from last year, Xiaomi has included a much improved 90Hz panel on this one, which is a significant improvement over the standard 60Hz panel. 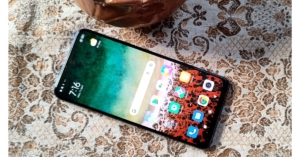 As a result, having a higher refresh rate panel improves the overall smartphone experience by making scrolling through the UI and social media feeds much more fluid. In addition, Gorilla Glass 3 is used to protect the screen, which is welcomed in this price bracket.

A 6nm octa-core Qualcomm Snapdragon 680 SoC and up to 6GB of LPDDR4X RAM are found under the hood. The phone has a built-in storage capacity of up to 128GB, which can be expanded to 1TB using a microSD card. The chipset is an upgrade over the Snapdragon 678 from last year.

The new 680 SoC is faster than the 678, but it is still not as fast as the Snapdragon 732G processor. However, the 680 uses less energy than its predecessor. The Redmi Note 11 is capable of handling everyday tasks with ease. While browsing the internet, watching videos, using social media, and playing games, performance did not stutter.

When it comes to gaming, the Redmi Note 11 can run games like COD, BGMI, and Asphalt 9. We played Asphalt 9 on high settings, but the graphics appeared to be a little off. While the COD gameplay remained stable, the device did not become warm over time. 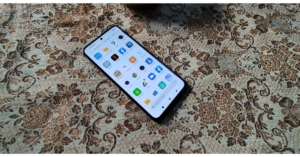 Furthermore, the smartphone comes preloaded with MIUI 13 based on Android 11. Although the mobile device comes with bloatware, most of the apps can be uninstalled with ease. We didn’t notice any micro stutters or lags because the user interface is well-designed. The phone is responsive and smooth thanks to the presence of a 90Hz refresh rate and a 180Hz dot sampling rate.

In fact, the RAM management is excellent, and the apps do not consume a lot of memory in the background. With MIUI 13, the dark mode optimization has been improved. 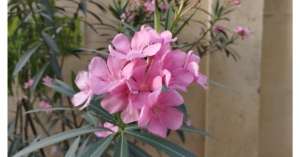 The Redmi Note 11 has a native resolution of 12.5-megapixels, which is achieved by combining four pixels. So, when the lighting is good, the image quality from the main sensor is great. It manages to produce good images in bright ambient lighting. The colour, contrast, and sharpness appear to be adequate. However, it struggles to take good photos in low light. The photos taken in low light lacked detail and appears to be noisy. The device does, however, have a night mode, but it appears to be not doing too much. Best is to use the flash at night time for optimum results.

Similarly, the 8MP ultrawide sensor fails to capture images that are sharp and detailed. We noticed a pink tint in the images when switching from primary to the ultra-wide sensor, which could be a software thing that Xiaomi can take care of in the next update. The portrait shots appeared to be satisfactory. The edge detection is also accurate. Moving on to the front camera, the selfies are okay. The skin tone appears slightly pale for our liking, resulting in a lack of sharpness and detail. 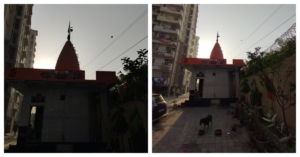 In terms of videography, Redmi has dropped support for 4K recording. In fact, the Redmi Note 11 Pro 5G lacks 4K resolution, which is surprising given that the previous generation of Redmi Note series supported 4K video recording. This is significant due to the chipset, as the Snapdragon 680 is limited to FHD recordings. In addition, videos lack stabilisation, making them wobbly and lacking in detail. The front camera’s videos tell a similar story. So, overall the cameras left us with a mixed bag of feelings.

With the 33W charging brick that comes included in the box, charging is also a breeze. It takes about an hour to charge the phone from zero to 100 percent. The battery lasts for a really long time and is good for your day to day use.

So, is the Redmi Note 11 a good buy? The device is aimed at casual users who want a device with a good design, decent display and long battery life in a budget. If you fall in any of those categories go for it without a doubt. You will get good imagery from the primary sensor and you can do a bit of everyday gaming on this handset too.

- Advertisment -
The Redmi Note 11 was recently released in India, and we got our hands on it. The phone starts at Rs 13,999 for the base model and goes up to Rs 15,999 for the most expensive variant. For that money, you're getting a lot...Komila SinghRedmi Note 11 Review: A decent phone for multimedia use on a budget