The Redmi Note 11SE model that will be on sale in India appears to be a Redmi Note 10S with new branding. 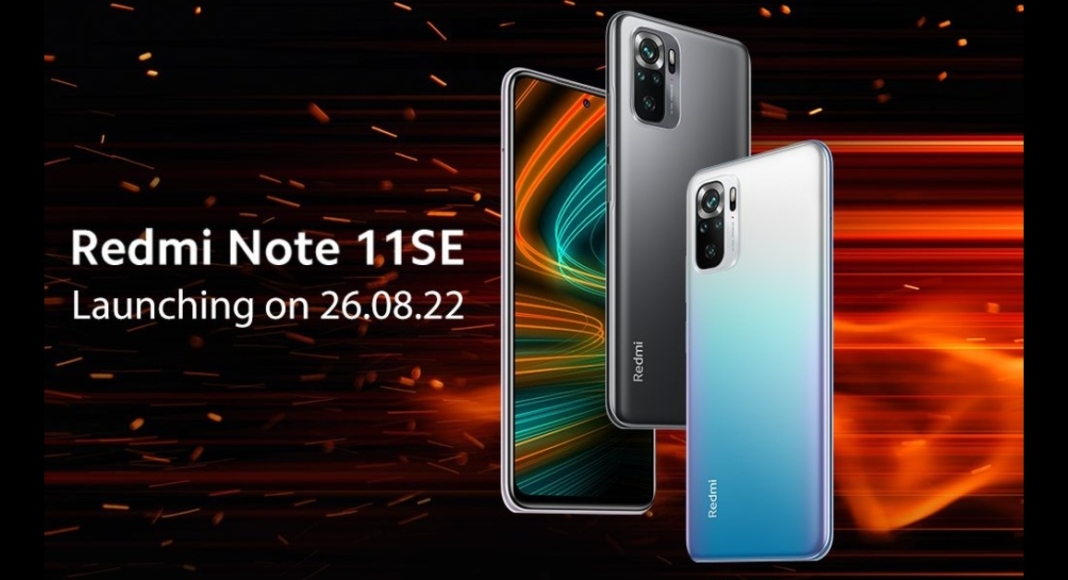 Xiaomi has announced that the Redmi Note 11SE is going to launch in India soon. The device is scheduled to launch in the nation on August 26. However, the device that will be launched in India differs significantly from the one that was launched in China. The upcoming phone will be powered by MediaTek Helio G95 SoC whereas the Chinese Note 11SE features a Dimensity 700 SoC.

Redmi announced that the Redmi Note 11SE will be launching in India on August 26 and will be available for purchase via Flipkart. The company has confirmed that the upcoming phone will be offered in three different versions 6GB RAM with 64GB storage, 6GB RAM with 128GB storage and 8GB RAM with 128GB storage option. The phone will also come in the following colours: Bifrost Blue, Cosmic White, Shadow Black, and Thunder Purple.

Along with configuration details and colour options, Redmi has also released the full list of this next device’s specifications. The Redmi Note 11SE model that will be on sale in India appears to be a Redmi Note 10S with new branding.

The Redmi Note 11SE has a full HD+ 6.43-inch Super AMOLED display with 1,080×2,400 pixels of resolution. The screen has a maximum brightness of 1,100 nits, and Corning Gorilla Glass protection. The smartphone will be powered by Helio G95 SoC and a Mali-G76 GPU. The smartphone uses MIUI 12.5, which is based on Android 11.

The device packs a 5,000mAh battery that supports 33W fast charging. It supports the AI face unlock feature and includes a side-mounted fingerprint sensor for security. The phone has an IP53 rating for water and dust protection. It supports dual-band Wi-Fi operating at 2.4 and 5 GHz, Bluetooth 5.0, 3.5mm headphone jack and multipurpose NFC. Additionally, the phone has a Z-axis vibration motor that produces vibrating effects to improve gaming.

Komila Singhhttp://www.gadgetbridge.com
Komila is one of the most spirited tech writers at Gadget Bridge. Always up for a new challenge, she is an expert at dissecting technology and getting to its core. She loves to tinker with new mobile phones, tablets and headphones.
Facebook
Twitter
WhatsApp
Linkedin
ReddIt
Email
Previous articleInternational Dog Day: Best gadgets for your furry friends at home
Next articleHow Technology Has Improved Competition and Sports