The device comes with a 3,000mAh battery 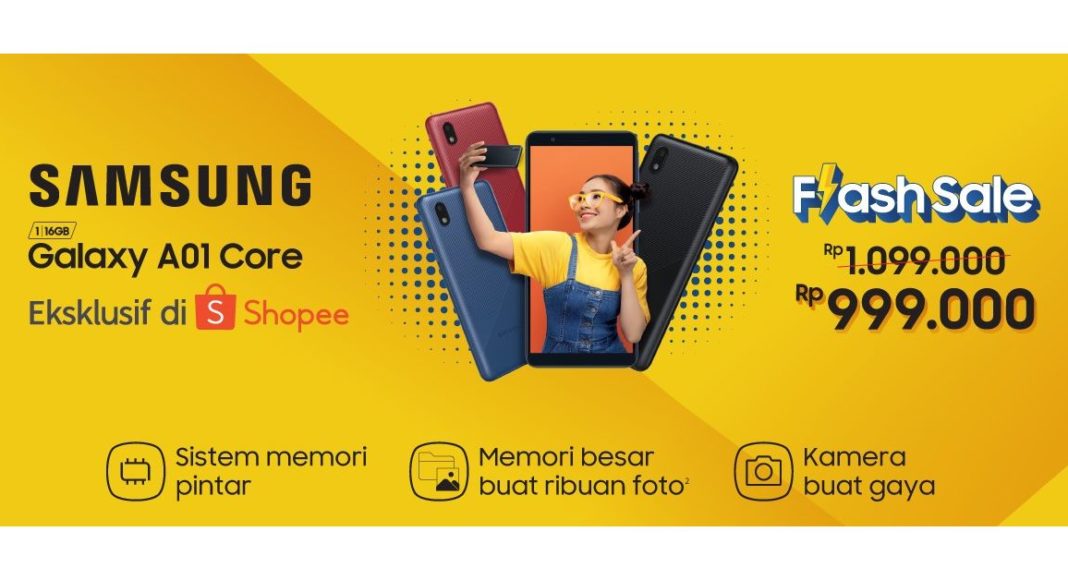 The South Korean smartphone company, Samsung, has introduced a new mobile handset in the market under its popular A-series. The company has launched Samsung Galaxy A01 Core, which is the company’s entry-level Android Go edition that comes in a single storage variant. The key highlights of the phone include an LCD display HD+ resolution, single rear and a selfie camera with a 3,000mAh battery.

Samsung Galaxy A01 Core has been launched in Indonesia. The device will be available in a single 1GB of RAM with 16GB of storage option at IDR 1,099,000 that translates to Rs 5,500 according to Indian currency. But it will be available for purchase with an introductory price of IDR 999,000 comes around Rs 5,000. This introductory price will be offered until July 23. The device comes in three colour options of Blue, Black, and Red. 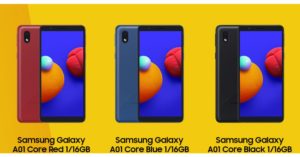 Samsung Galaxy A01 Core comes with a 5.3-inch HD+ TFT LCD display with 720×1,480 pixels of resolution. The device runs on the Android Go edition and is powered by an unnamed quad-core SoC clocked at 1.5GHz paired with 1GB of RAM and up to 32GB of storage. The internal storage is expandable up to 512GB using a microSD card.

In terms of optics, the Samsung Galaxy A01 Core features a single 8-megapixel rear camera with an f/2.2 aperture. The camera app supports autofocus and digital zoom of up to 4x. For taking selfies and video calling there is a 5-megapixel front-facing camera with f/2.4 aperture.

The device houses a 3,000mAh battery that is claimed to offer up to 17 hours of 4G talk time, 14 hours of LTE or Wi-Fi Internet usage, 11 hours of video playback, and more. In terms of connectivity, the smartphone includes a Micro-USB port, Wi-Fi 802.11 b/g/n, Bluetooth v5, 3.5mm audio jack, GPS, GLONASS, etc. For sensors, there is an accelerometer and proximity sensor.

Komila Singhhttp://www.gadgetbridge.com
Komila is one of the most spirited tech writers at Gadget Bridge. Always up for a new challenge, she is an expert at dissecting technology and getting to its core. She loves to tinker with new mobile phones, tablets and headphones.
Facebook
Twitter
WhatsApp
Linkedin
ReddIt
Email
Previous articleNetflix is now testing new Mobile Plus Rs 349 plan to lure subscribers in India
Next articleLenovo Legion with 90 W “Twin Turbo” fast charging and 144Hz refresh rate AMOLED display to launch today