The phone was earlier available in 6GB of RAM with a 128GB of storage option. 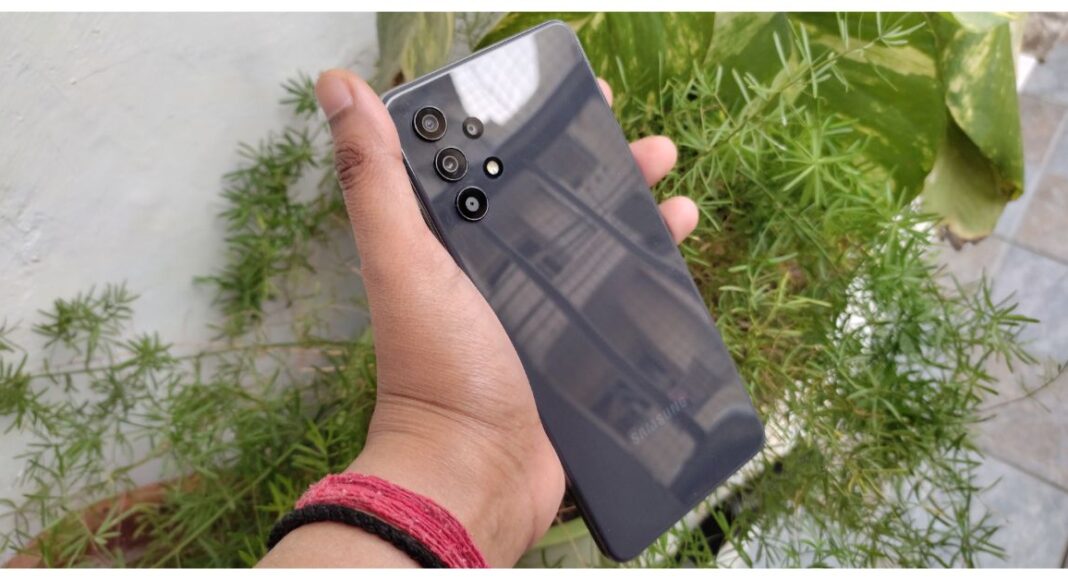 The South Korean smartphone manufacturer, Samsung, introduced Samsung Galaxy A32 in India in March this year. Today the firm has announced the addition of a new Samsung Galaxy A32 8GB RAM variant in India. The phone was earlier available in a single 6GB RAM with 128GB storage options. The smartphone features a 90Hz AMOLED display. It comes with a 64MP quad rear camera set up and a 5,000mAh battery.

Samsung Galaxy A32 is now available in a new 8GB RAM with 128GB storage option. The price of the new variant has been set at Rs 23,499. The new model will be available in three colour options of Awesome Black, Awesome Blue and Awesome Violet. The smartphone is now available for purchase across retail stores, Samsung.com and leading online portals.

To recall, in March this year Samsung Galaxy A32 was first launched on 6GB RAM with a 128GB storage option. The phone comes with a price tag of Rs 21,999.

Samsung Galaxy A32 is highlighted with a 6.4-inch full-HD Super AMOLED display with a 90Hz refresh rate panel, a peak brightness of up to 800 nits and a 20:9 aspect ratio. The phone operates on One UI 3.1 on top of Android 11. Under the hood, there is MediaTek Helio G80 SoC paired with 6GB of RAM with up to 128GB of storage. The internal storage can be expanded up to 1TB using a microSD card.

For the optics, Samsung Galaxy A32 features a quad-camera setup that includes a 64-megapixel primary camera with  f/1.8 aperture, an 8-megapixel ultra-wide-angle lens with 123-degrees of FoV, a 5-megapixel macro sensor and a 2-megapixel depth sensor. For taking selfies, there is a 20-megapixel front-facing camera.

The device houses a  5,000mAh battery with 15W fast charging that provides up to 20 hours of video playback, 93 hours of music playback and 19 hours of internet usage time. In terms of connectivity, there is  4G LTE, Wi-Fi 802.11ac, Bluetooth v5, GPS/ A-GPS, NFC, USB Type-C, and a 3.5mm audio jack. The sensors on the phone include an accelerometer, ambient light, gyroscope, magnetometer, and proximity sensor.

Komila Singhhttp://www.gadgetbridge.com
Komila is one of the most spirited tech writers at Gadget Bridge. Always up for a new challenge, she is an expert at dissecting technology and getting to its core. She loves to tinker with new mobile phones, tablets and headphones.
Facebook
Twitter
WhatsApp
Linkedin
ReddIt
Email
Previous article
iQoo Z5 Cyber Grid Edition has arrived in India: Check out pricing and availability details
Next article
OnePlus Nord 2 Pac Man Edition released: Availability and pricing details inside