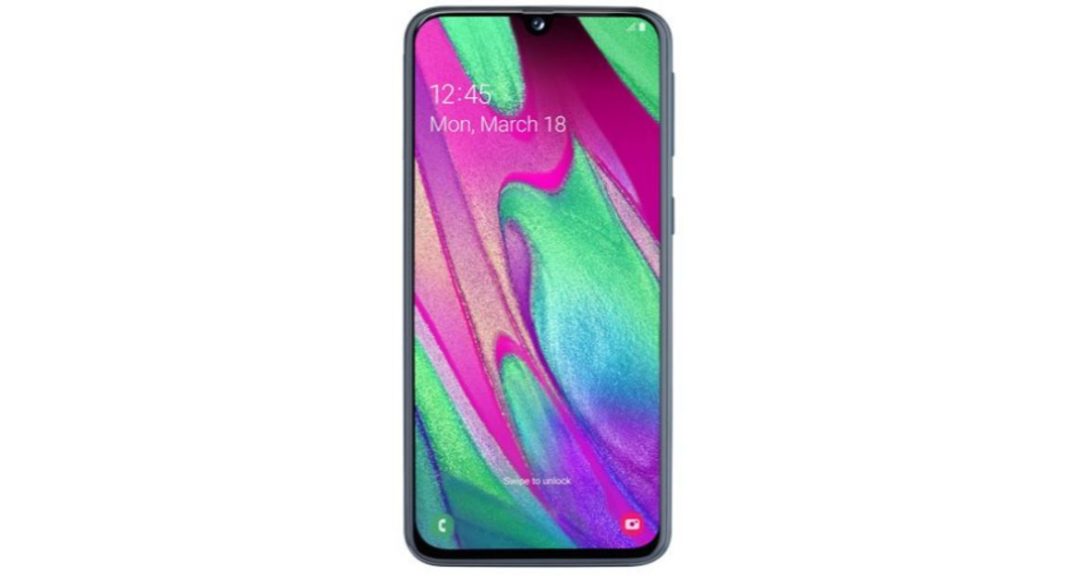 After the launch of Samsung Galaxy A20 in Russia, a Galaxy A-series has gone on pre-orders in Netherlands prior to its launch. Samsung Galaxy A40 till now has been leaked multiple times but now, it is available for pre-orders on Dutch online store Belsimpel.nl, before its official launch. However, the smartphone is expected to launch at Samsung’s upcoming launch event in April. Samsung Galaxy A40 comes with dual rear camera setup much like the Galaxy A30. But the Galaxy A40 holds a 25MP primary sensor and it runs on One UI based on Android Pie. Here’s a look at the price and specifications of the device:

Samsung Galaxy A40 carries a price tag of EUR 249 (approximately Rs 19,500) in the Netherlands and it is currently available for pre-order on Belsimpel.nl.

The smartphone comes in multiple colour options to choose from including Black, Blue, White and Coral.

Samsung Galaxy A40 specifications and features

According to the listing on Belsimpel.nl, the Samsung Galaxy A40 sports a 5.9-inch Full HD+ (1080 x 2280 pixels) resolution Super AMOLED Infinity-U Display with a waterdrop notch and an aspect ratio of 19:9. Samsung Galaxy A40 is powered by an octa-core Exynos 7885 SoC coupled with 4GB of RAM. The smartphone comes with 64GB of internal storage with support for a microSD card. It supports dual-SIM cards (nano + nano). The Samsung Galaxy A40 packs a 3,100mAh battery but it doesn’t support fast-charging, and the handset has a rear-mounted fingerprint scanner. The Samsung Galaxy A40 runs on Android 9.0 Pie skinned with One UI.

The Samsung Galaxy A40 packs a dual-rear camera setup which comprises of a 16MP primary camera with an f/2.0 aperture and support of 4K video recording. The details of the second camera are currently not known. At the front there is a 25MP selfie camera with video chat support.

Aman Singhhttps://www.gadgetbridge.com/
Aman Kumar Singh has a Masters in Journalism and Mass Communication. He is a journalist, a photographer, a writer, a gamer, a movie addict and has a love for reading (everything). It’s his love of reading that has brought him knowledge in various fields including technology and gadgets. Talking about which, he loves to tweak and play with gadgets, new and old. And when he finds time, if he finds time, he can be seen playing video games or taking a new gadget for a test run.
Facebook
Twitter
WhatsApp
Linkedin
ReddIt
Email
Previous article
Top 5 water-resistant smartphones that you can buy
Next article
Xiaomi Redmi Go first sale starts today at 12 noon: Here are all the details