Samsung Galaxy M21 with 6,000mAh battery to go on sale in India today via Amazon: Pricing, specifications and other details 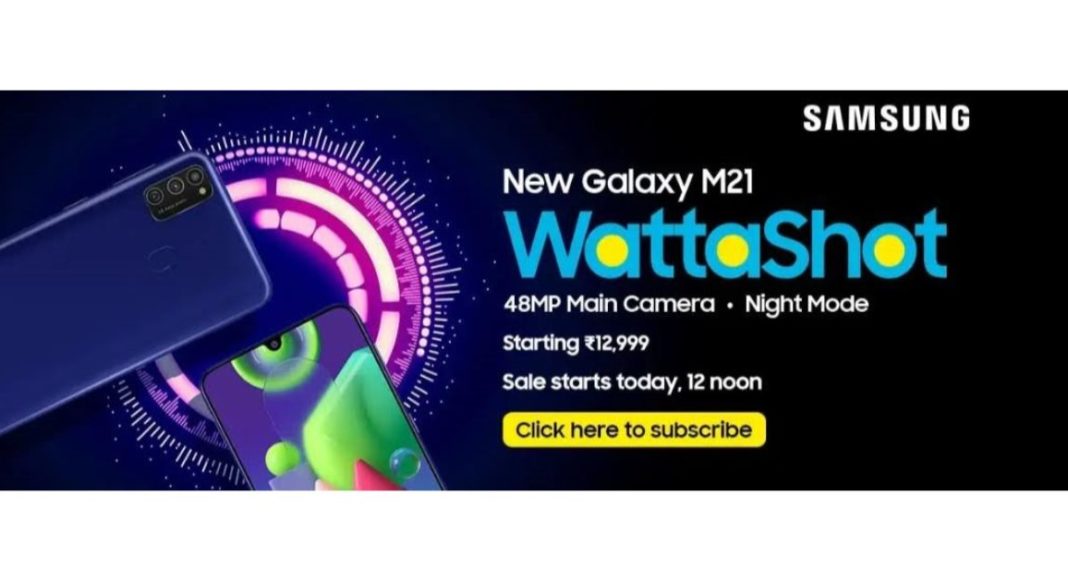 Last week the South Korean Company, Samsung, unveiled Galaxy M21 in India under its affordable budget smartphone range. Today the device is going on its first sale in the country via e-commerce website Amazon. To recall the handset is the successor of Galaxy M20 that was launched last year. For longer battery life, it comes with a massive 6,000mAh battery. It further includes an Infinity-U display and a triple rear camera setup.

Samsung launched its budget phone Samsung Galaxy M21 in two different configurations 4GB RAM with 64GB storage and 6GB RAM with a 128GB storage option. The 4GB RAM variant will be available at Rs 12,999 whereas the pricing of the 6GB RAM model will be Rs 15,499. Both the RAM options will be available in two colour options Midnight Blue and Raven Black. As said, the smartphone will be available for purchase via e-commerce platform Amazon today and the sale will begin at 12 noon onwards. On the purchase of the smartphone the company will be offering an introductory discount of  Rs 500 valid till March 31st. 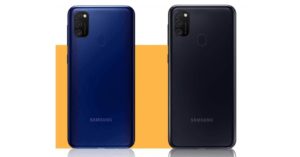 Samsung Galaxy M21 features a 6.4-inch full-HD+ Infinity-U Super AMOLED display with 1,080×2,340 pixels of resolution and 19.5:9 aspect ratio. The display has been protected with a layer of Corning Gorilla Glass 3. The mobile handset runs on One UI 2.0 on top of Android 10. Under the hood, there is an octa-core Exynos 9611 processor along with Mali-G72 MP3 GPU for graphics. The processor has been paired with up to 6GB of RAM and 128GB of storage. The storage can be expanded up to 512GB using a microSD card.

In terms of camera capabilities, the Samsung Galaxy M21 comes with a triple rear camera set up that includes a 48-megapixel primary sensor. The camera set up is further aided by an 8-megapixel ultra-wide-angle lens with 123-degrees of Field of View and a 5-megapixel depth sensor for portraits. For selfies and video calling it features a 20-megapixel selfie camera on the front.

Komila Singhhttp://www.gadgetbridge.com
Komila is one of the most spirited tech writers at Gadget Bridge. Always up for a new challenge, she is an expert at dissecting technology and getting to its core. She loves to tinker with new mobile phones, tablets and headphones.
Facebook
Twitter
WhatsApp
Linkedin
ReddIt
Email
Previous article
March 23 Amazon Quiz- Answer these five questions and you could win Rs 50,000 Amazon Pay balance
Next article
Vivo pushed the launch date for Vivo V19 to April 3 as per some reports