HomeMobilesSamsung to launch Galaxy M21 with a 48-megapixel camera on March 16...

The device features a triple rear camera set up 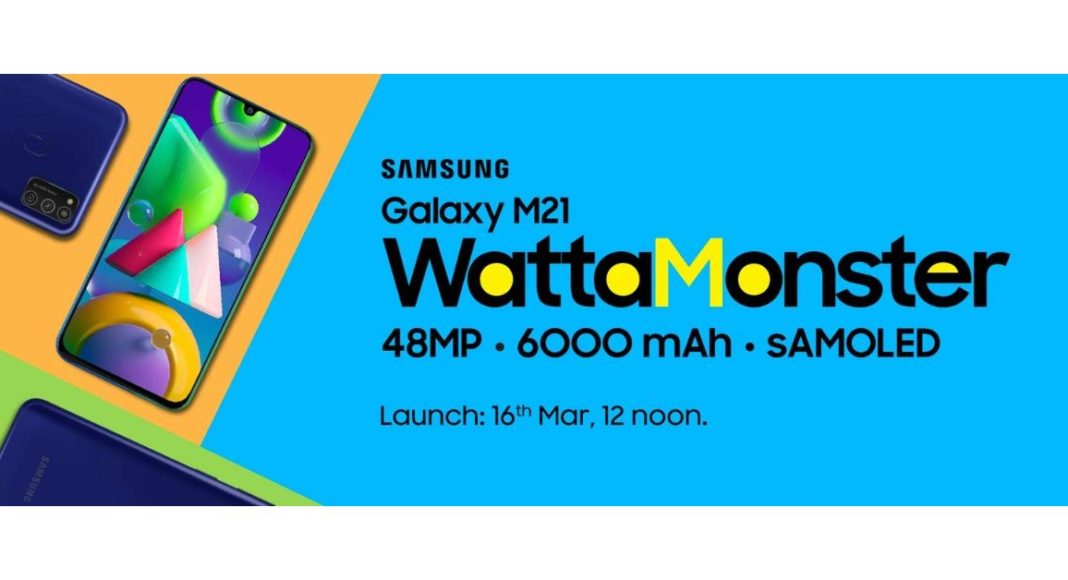 The South Korean smartphone company Samsung is planning to launch another smartphone in India. The company is expanding its M series portfolio with the launch of Samsung Galaxy M21 on March 16 in the country. The phone’s camera is the biggest highlight. Ahead of the launch, the affordable smartphone has been spotted on Amazon website that has teased its key features, In terms of design the device comes with a similar design as of Galaxy M31 that was launched in the country a few weeks ago.

Samsung is going to launch Galaxy M21 in India on March 21. The launch event/ live stream is going to begin at 12 noon. Prior to its official launch, the handset has been listed on the e-commerce website Amazon via microsite that has now revealed its key specifications as well as feature.

According to the microsite, Samsung Galaxy is going to feature a triple rear camera set up accompanied by an LED flash. The camera set up will include a  48-megapixel primary sensor however rest of the camera sensor details are still unknown. The microsite also includes some of the camera samples of the upcoming phone. While on the front there will be a 20-megapixel selfie camera offering support to face unlock feature for biometrics. 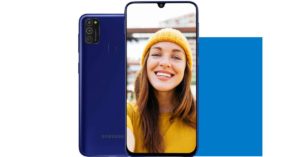 Over that, there will be a rear-mounted fingerprint sensor. The mobile is going to flaunt a Super AMOLED display along with a water drop-style notch design. As of now officially only these features have been revealed but some reports claim that the smartphone will be offered in two storage options 64GB and 128GB storage.

The smartphone is being promoted as WattaMonster, which hints that it is going to house a massive 6,000mAh battery. In the past, the company has also promoted many of its smartphones by calling them monsters that come with a 6,000mAh battery. Recently Samsung launched M31 in India that also packs a 6000mAh battery and was being promoted as MegaMonster. There are few similarities in both M31 as well as M21 in terms of design also. However, you get a quad rear camera set up here that includes a 64-megapixel primary sensor and a 32-megapixel selfie camera that supports 4k video recording.

Komila Singhhttp://www.gadgetbridge.com
Komila is a one of the most spirited tech writers at Gadget Bridge. Always up for a new challenge, she is an expert at dissecting technology and getting to its core. She loves to tinker with new mobile phones, tablets and headphones.
Facebook
Twitter
WhatsApp
Linkedin
ReddIt
Email
Previous articleMontblanc introduces two luxurious accessories  Montblanc Smart Headphones and Summit 2+ smartwatch
Next articleHotstar rebranded to Disney+ Hotstar ahead of the Disney+ launch in India

May 9 Amazon Quiz Answers: Answer these five questions and you could win Samsung Ear Buds

May 9 Amazon Quiz Answers: Answer these five questions and you...

Komila Singh - May 9, 2021 0
The e-commerce website Amazon is back with another daily quiz on its platform. The e-retailer conducts Amazon quiz sessions every day for its customers....

May 9 Amazon Quiz Answers: Answer these five questions and you...

Gadget Bridge Studio - May 5, 2021 3
We are living in a digital-first era, where smart TVs are our go-to entertainment buddy, after smartphones. But when it comes to choosing the...