Samsung Galaxy M30s gets listed on Amazon India website, will launch on September 18

The smartphone will come with triple rear cameras 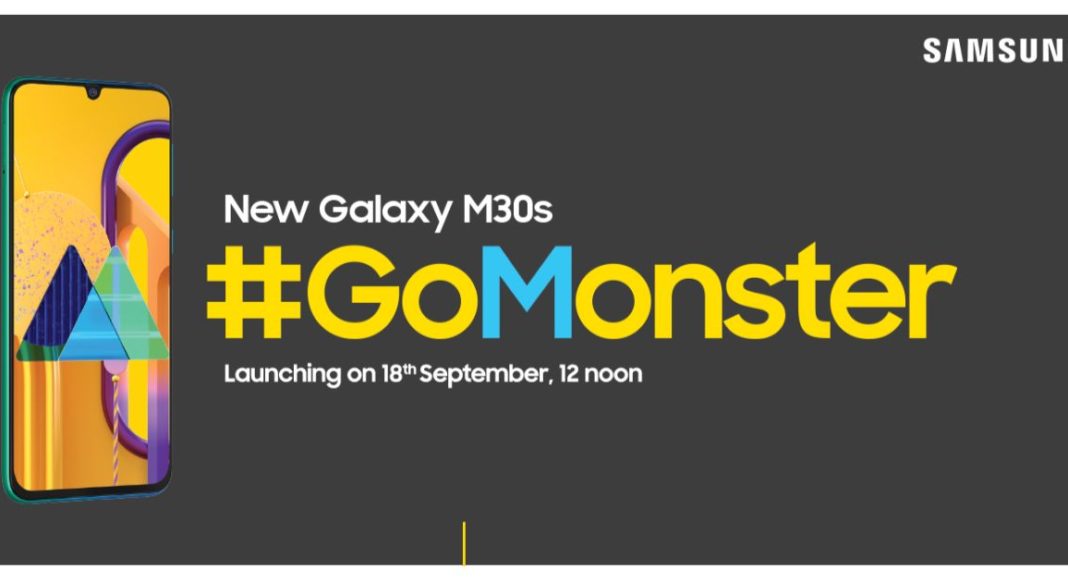 The South Korean tech giant has officially revealed the launch date of the Samsung Galaxy M30s. The upcoming smartphone is the upgraded variant of the Galaxy M30 smartphone. The latest smartphone has now been listed on the Amazon India website. The dedicated product page revealed that the handset will launch on September 18 in the country. The listing also reveals few specifications. The M30s has also been spotted on the Android Enterprise that too reveals the specifications of the device.

Samsung Galaxy M30s will come to India on September 18 at 12noon IST. The launch event of the Galaxy M30s will also be live-streamed on the dedicated microsite on Amazon as well as the company’s official Samsung India Newsroom.

To recollect, Samsung launched Galaxy M30 earlier this year in the month of February. The company launched the smartphone at a starting price of Rs 14,990 for its 4GB RAM with 64GB inbuilt storage variant while the upper variant that is 6GB RAM with 128GB was priced at Rs 17,990 in the country. So we can expect that the upgraded variant to fall between the Rs 15,000 and Rs 20,000 price segment.

The dedicated microsite reveals that the Samsung Galaxy M30s will pack a 6,000mAh battery along with fast charging support. The product page also reveals that the phone will be featuring a triple rear camera setup that will include a 8-megapixel sensor. Sadly the listing did not reveal the other two camera sensors. But if we go by reports and rumours that surfaced on the web we can expect it will be sporting a 48-megapixel camera. As per the Amazon listing, the handset will arrive with a new powerful processor. The rumours suggest that the device will be powered by Exynos 9610 SoC processor.

On the front, the Samsung Galaxy M30s has an Infinity-U Display along with a U-shaped notch. While on the rear panel it sports triple cameras aligned vertically on the rear panel (as said) along with a rear fingerprint sensor. Over that, the smartphone is displayed donning a greenish-blue colour gradient finish on the back panel.

Another listing suggests that the handset will be sporting a 6.4-inch display. It will be offering4GB RAM along with 64GB and 128GB internal storage variants. The handset will run on Android 9.0 Pie with Samsung One UI.

The Galaxy M30s will come with model number SM-M307F has also been spotted. It also suggests that it will come with Wi-Fi 802.11ac connectivity with 2.4GHz and 5GHz dual-band support.

Komila Singhhttp://www.gadgetbridge.com
Komila is one of the most spirited tech writers at Gadget Bridge. Always up for a new challenge, she is an expert at dissecting technology and getting to its core. She loves to tinker with new mobile phones, tablets and headphones.
Facebook
Twitter
WhatsApp
Linkedin
ReddIt
Email
Previous articleAirtel launches Xstream Box and Xstream Stick in India
Next articleGoogle Play starts rolling out the UPI payment option in India