The laptop will be powered by the Snapdragon 8cx SoC. 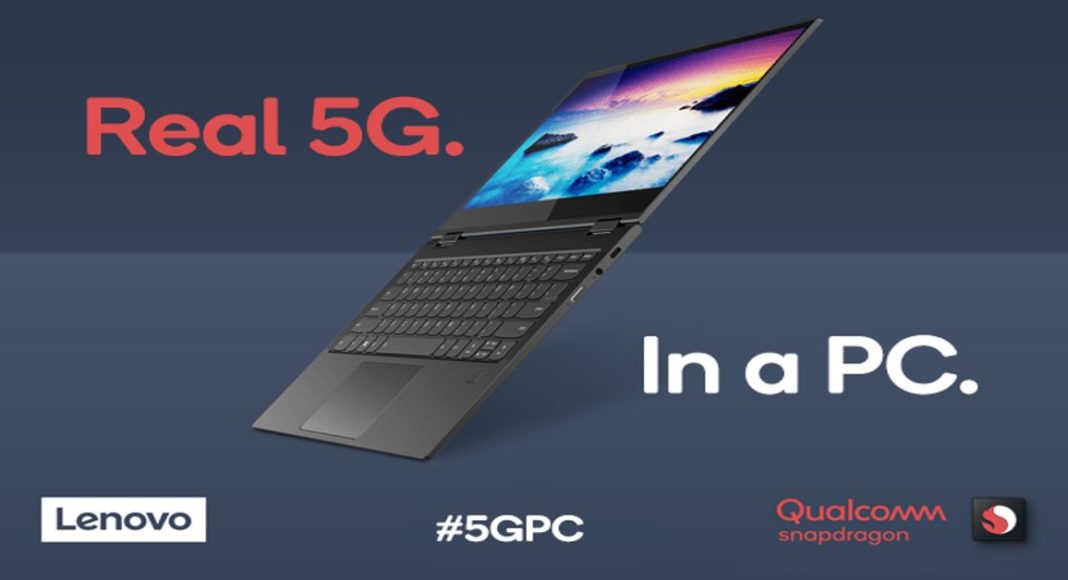 Computex 2019 saw the launches of some of the most advanced, powerful and newest CPUs, and computer components at Taipei, Taiwan. The latest among these launches come from Qualcomm and Lenovo. The two companies have come together to launch the first 5G-enabled always-connected laptop powered by the Snapdragon 8cx 5G Compute Platform. American chipmaker Qualcomm and electronic maker Lenovo have collaborated on this project where they demonstrated the uses of the always-connected computers on the 5G networks. The name of this new laptop/ project is ‘Project Limitless’ and it is a prototype device which is currently not ready to be launched as a commercial device.

The newly unveiled Project Limitless laptop is powered by the Snapdragon 8cx platform which was launched back in 2018. The Snapdragon 8cx is the world’s first 7nm platform built for PCs and laptops with 5G connectivity capability. Earlier, we saw that Qualcomm quoting that its goal for the laptops powered by the Snapdragon CPUs is a good battery life of more than a day, always-on internet connection and light in weight. According to Qualcomm, the speed of 5G connectivity is very high, according to the company, 5G connectivity is able to give a very high speed and with low latency. It says that, with 5G connectivity, using a remote storage will feel like using the local storage on the laptop/PC. Even large files can be sent and received faster with this new connectivity than what we are used to and what we use today.

There are various other ways the 5G connectivity can be useful and will be better than what we are used to right now. It can give 4K and 8K video streaming, AR and VR applications can be run smoothly, mobile gaming will be more responsive and will allow high quality video calling. Other than all these features, the new Project Limitless has promised that it will offer an enterprise-grade security to the user. As mentioned above, the new Project Limitless brought out by the coalition of the two companies won’t be commercially launched yet, but the companies have said that more details of the laptop will be announced next year in 2020.

The Project Limitless is powered by the Qualcomm Snapdragon 8cx CPU which has 8 Kryo 495 CPU cores paired with Adreno 680 GPU. For 5G connectivity, the company has put its second generation X55 5G modem for 5G connectivity and Cat 22 LTE where 5G connectivity isn’t available. The Snapdragon 8xc SoC supports Quick Charge 4+ and is able to drive two 4K HDR displays.

We just showed off a working prototype of the world’s first 5G-connected PC. Powered by @Qualcomm, coming in early 2020. #Computex

Aman Singhhttps://www.gadgetbridge.com/
Aman Kumar Singh has a Masters in Journalism and Mass Communication. He is a journalist, a photographer, a writer, a gamer, a movie addict and has a love for reading (everything). It’s his love of reading that has brought him knowledge in various fields including technology and gadgets. Talking about which, he loves to tweak and play with gadgets, new and old. And when he finds time, if he finds time, he can be seen playing video games or taking a new gadget for a test run.
Facebook
Twitter
WhatsApp
Linkedin
ReddIt
Email
Previous articleHyperX launches the first gaming keyboard which has its own switch design
Next articleMi Super Sale: Discounts and offers on Redmi Note 6 Pro, Redmi 6A, Redmi Y2 and more