Samsung Galaxy M40 next sale is scheduled for June 20: Get all the details 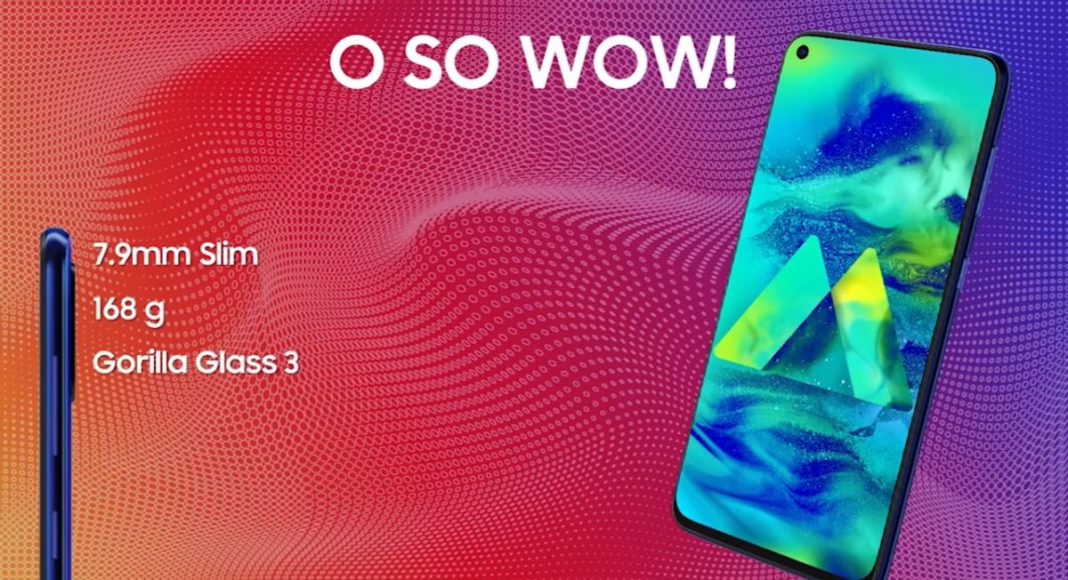 Samsung had launched its Galaxy M40 in India last week. Samsung Galaxy M40 comes with youth-centric features and design. The first sale of the newly launched Samsung device took place yesterday. Now, the South-Korean technology giant has revealed that the next sale of the handset is going to take place on June 20.

The announcement was made by the company from their social media accounts on Tuesday. Some of the highlights of the Samsung Galaxy M40 is its hole-punch camera setup, triple-rear camera at the back, a Snapdragon CPU and Screen Sound technology.

The device will go on its second sale on June 20 from 12pm (noon) onwards. The sale will take place on Amazon India along with Samsung Online Store.

Sale offers on the Samsung Galaxy M40 include up to Rs 1,500 instant discount on the purchase made from ICICI Bank Card users. The customers will also get double data benefits from Reliance Jio if they recharge via Rs 198 or Rs 299 prepaid plans.

Samsung Galaxy M40 sports a 6.3-inch Full-HD+ Infinity-O display and runs Android 9 Pie skinned with One UI. Powered by Qualcomm’s Snapdragon 675 CPU, the smartphone comes with Adreno 612 GPU – which is a first for the Samsung Galaxy M-series. The new smartphone packs a 3,500mAh battery with 15W fast charging support. It supports dual-SIM (Nano) and comes with 6GB RAM and 128GB of internal storage and has support for microSD cards of up to 512GB.

On the imaging front, the Samsung Galaxy M40 features a triple-rear camera setup that comprises of a 32MP main sensor with an f/1.7 aperture coupled with a 5MP depth sensor. The third camera is an 8MP ultra-wide-angle lens. On the front, there is a 16MP selfie camera placed in a punch-hole camera cutout.

Love begets love. Thank you for the overwhelming response. Next sale on 20th June, 12 noon.
Get notified on Amazon: https://t.co/hqQJbPwoos or Samsung India: https://t.co/PjIGbSIArS#SamsungM40 #OMG pic.twitter.com/wmPf2y9UCI

Aman Singhhttps://www.gadgetbridge.com/
Aman Kumar Singh has a Masters in Journalism and Mass Communication. He is a journalist, a photographer, a writer, a gamer, a movie addict and has a love for reading (everything). It’s his love of reading that has brought him knowledge in various fields including technology and gadgets. Talking about which, he loves to tweak and play with gadgets, new and old. And when he finds time, if he finds time, he can be seen playing video games or taking a new gadget for a test run.
Facebook
Twitter
WhatsApp
Linkedin
ReddIt
Email
Previous article
Redmi Note 7 Pro to go on a flash sale in India today: Price and sale details
Next article
[Video] Honor 20i unique unboxing, first impressions and camera shots