Huawei Maimang 8 looks like the upgraded version of the Huawei P Smart+ (2019). 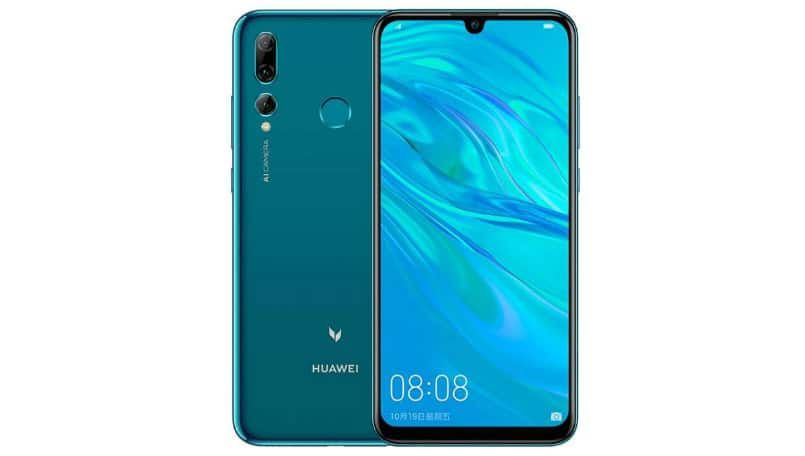 Although Huawei might have been banned from doing business from the US and it does not have the support of the US-based companies, it has not stooped the Chinese smartphone brand from launching new smartphones. The company has launched a new smartphone named Huawei Maimang 8 in China. The new device falls in the mid-range price segment and it seems identical to the Huawei P Smart+ (2019), which was recently launched by the company. The key highlights of the Huawei Maimang 8 are its waterdrop shaped notch, 6GB of RAM and 128GB of storage, and its triple-rear camera setup. So, the new Huawei Maimang 8 may be an upgraded version of the Huawei P Smart+ (2019) as far as the specifications go, but then, the company hasn’t said anything about it. Here’s a look at the price and specifications of Huawei Maimang 8 smartphone:

The Huawei Maimang 8 is priced at CNY 1,899 (approximately Rs 19,000) for the lone 6GB RAM/ 128GB of internal storage. The device comes in two colour options – Midnight Black and Sapphire Blue.

Currently, the Huawei Maimang 8 is up for pre-order on China’s Huawei Mall and other Chinese e-commerce platforms. It will go on sale June 12 onwards.

Although the device has been launched in China, there is no words from the company about it launch in other countries. We will update this space when there is word from Huawei regarding the same.

The Huawei Maimang 8 sports a 6.21-inch Full-HD+ (1080 x 2340 pixels) display that has an aspect ratio of 19.5:9. Powered by an octa-core Kirin 710 SoC, the new offering by Huawei comes with 6GB RAM and 128GB storage. The handset also has support for a microSD card up to 512GB. The device supports dual-SIM functionality and runs Android 9 Pie skinned with EMUI 9.0. The Huawei Maimang 8 comes with a rear mounted fingerprint scanner for unlocking the device.

For imaging duties, the Huawei Maimang 8 features a triple-rear camera setup which comprises of a 24MP primary sensor, a 2MP depth sensor and a 16MP wide-angle sensor. On the front, there is an 8MP selfie camera. The camera of the Huawei Maimang 8 comes with built-in AI features which allows it to recognise scenes and other objects in real-time.

Aman Singhhttps://www.gadgetbridge.com/
Aman Kumar Singh has a Masters in Journalism and Mass Communication. He is a journalist, a photographer, a writer, a gamer, a movie addict and has a love for reading (everything). It’s his love of reading that has brought him knowledge in various fields including technology and gadgets. Talking about which, he loves to tweak and play with gadgets, new and old. And when he finds time, if he finds time, he can be seen playing video games or taking a new gadget for a test run.
Facebook
Twitter
WhatsApp
Linkedin
ReddIt
Email
Previous articleiPhones worth $19 million stolen over last the seven years by ‘Fraud Ring’: Report
Next articleNokia 2.2 with dedicated Google Assistant button launched in India: Here are 10 useful commands you can try on it