Will arrive in North American and European markets after July 2019. 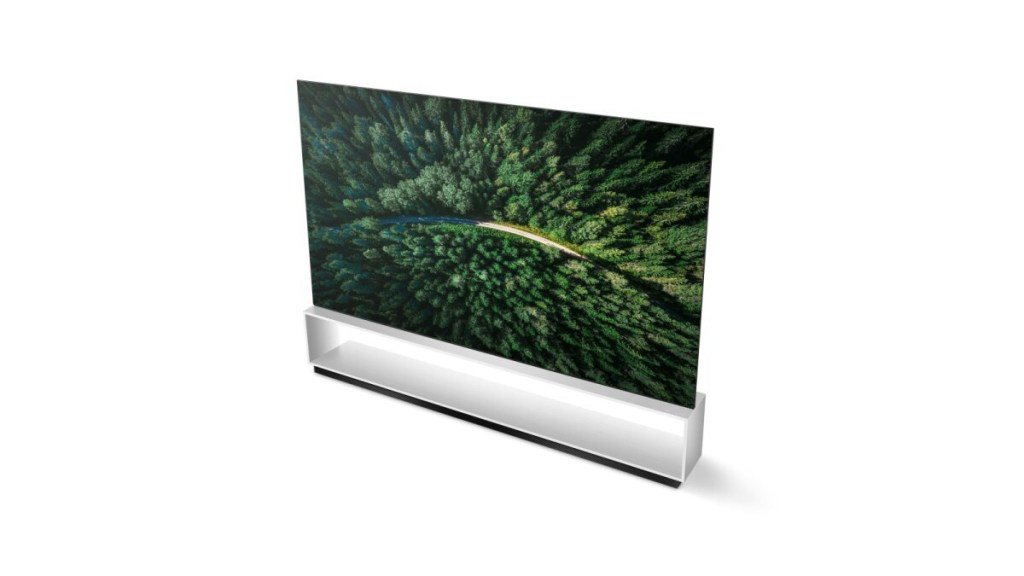 Earlier in January, ahead of the CES 2019, the South-Korean electronics maker LG announced the world’s first 8K OLED TV named – LG OLED88Z9. The TV offers 8K resolution display which the consumer can use to play 8K content. The new 8K thin tube from LG has a resolution of 7,680 x 4,320 pixels and has an OLED screen size of 88-inches.

It is also interesting to note this TV is amongst the first televisions that offers 8K resolution on mainstream television.  LG has after months of its showcasing has put the LG OLED88Z9 up for pre-orders in South Korea. Soon, the 8K OLED TV will reach the North American and European markets. News is by the third quarter of 2019 (July – September) it will reach these shores. Although the TV is up for pre-order but its price hasn’t been revealed by the company. But seeing the technology it offers, it will definitely be priced at a premium segment.

When it comes to technical specifications, the new LG OLED88Z9 offers 33 million pixels on the screen and as mentioned above, it offers a resolution of 7,680 x 4,320 pixels. It is also the world’s first 8K OLED TV and supports HDR along with Dolby Vision formats on content. 8K is currently the highest resolution any TV has to offer. 8K TV is 32 times sharper than the regular HD TV, 16 times sharper than the Full HD TVs and offers four times more sharpness and details than the regular 4K TV. But currently there isn’t much 8K content available. Also, do not expect it any time soon. But it should be noted that this is what had happened when the world was first introduced to the 4K technology, there just wasn’t enough content for the 4K TV to play. But now, 4K has become the norm and so will 8K in the future.

There are various online streaming platforms which offer TV Shows and movies to its users in 4K quality. After the 4K, the 4K Blue Ray format has become highly popular. Even YouTube offers some content in 4K. Tokyo Olympic Games 2020 is right around the corner, and it is expected that the Olympics 2020 will be broadcasted in 8K resolution, which will be a first.

The LG OLED88Z9 is a smart TV as well, it comes with support of Google Voice Assistant and Amazon Alexa. Although not much details are known about this new 8K TV but when launched, it will come with all the features a smart TV comes with and many new features as well.

Aman Singhhttps://www.gadgetbridge.com/
Aman Kumar Singh has a Masters in Journalism and Mass Communication. He is a journalist, a photographer, a writer, a gamer, a movie addict and has a love for reading (everything). It’s his love of reading that has brought him knowledge in various fields including technology and gadgets. Talking about which, he loves to tweak and play with gadgets, new and old. And when he finds time, if he finds time, he can be seen playing video games or taking a new gadget for a test run.
Facebook
Twitter
WhatsApp
Linkedin
ReddIt
Email
Previous article
Nokia 3 starts receiving Android 9.0 Pie update: Here’s everything new
Next article
Oppo has teased a smartphone prototype with an under the display selfie camera