VU Premium Android 4K TV 55-inch review: Out with a vengeance to take over the market 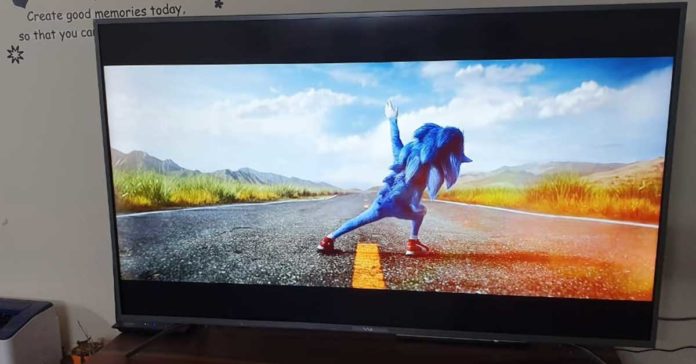 One would not change their television as a mobile phone. That is because a good TV is an expensive proposition and also does not go bad as quickly as a mobile phone does. These days LED TVs have become cheaper and cheaper, with the emergence of Chinese brands like Xiaomi in the sector. Which might have the price point on its side, but certainly are not the best when it comes to image quality or after sales.

VU is a brand with Indian roots, with R and D facility based in the USA. The company have been building TVs for India for a decade now. They have launched some great looking TVs in the past and 2019 seems to be even better for them. VU Premium Android 4K TV is what the company came up with as its 2019 flagship. Out of the pack of 43, 50, 55 and 65-inches, we reviewed the 55-inch version of this smart tele. We ran it through its paces to understand does this affordable smart TV deliver what the company says or not? Let’s find out.

Like we said before, VU does know how to make a television and the VU Premium Android 4K TV is no different. Premium grade plastic and metal have been used all around and the side bezels have been kept to a minimum. This makes the picture area look neater. The front also sports the VU branding right in the middle with an unusually placed power and channel buttons. These can be found at the bottom left side of the screen, where the power icon is made.

Which is good and bad. Good because one can easily access it when it is wall mounted and bad when it is placed on a table top. Since the user would not be able to see which button they are pressing. There are a lot of connectivity ports present in both the side section and also at the back (downward facing). These include 3 HDMI ports, couple of USB ports, a headphone jack and Ethernet plus AV inputs. Using these consumers can connect at least 5-7 devices to the VU Premium Android 4K TV, all at once. 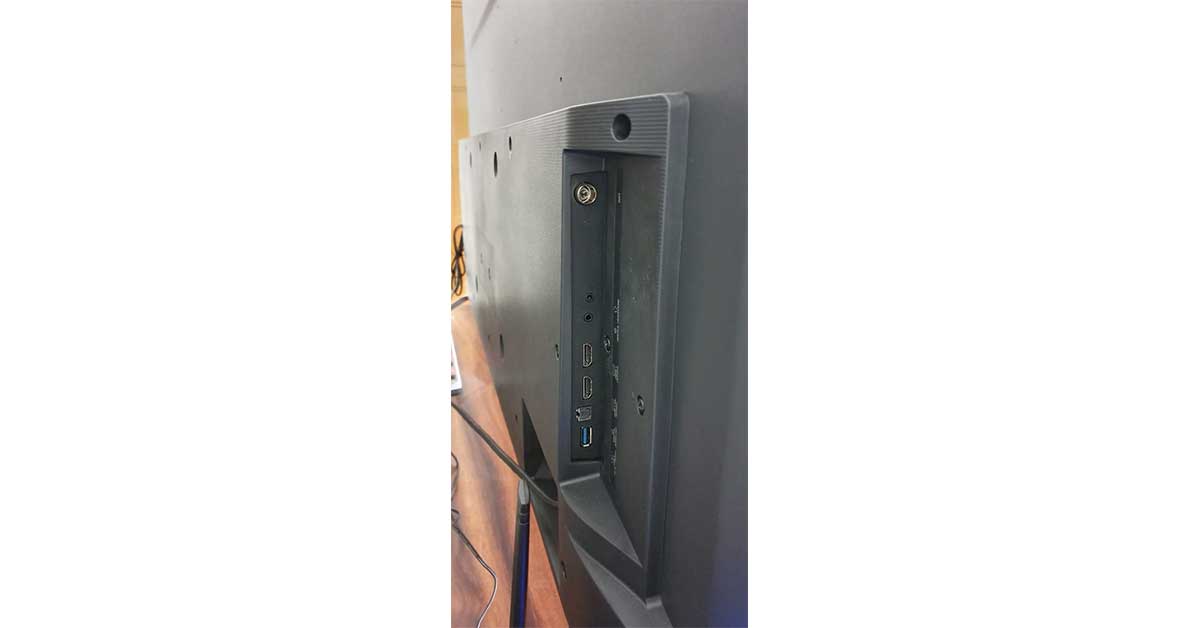 Bluetooth 5.0 and Wi-Fi have also been thrown in the mix, which makes connecting the TV to various other wireless sources such as BT headphone quite easy. The VU Premium Android 4K TV comes with a very modern looking remote control too. This one has got dedicated buttons for YouTube and Google Play as well. Also, one can send voice commands using the remote, which in most cases worked well. Since VU is an Indian brand, it can recognise the Indian accent with ease. 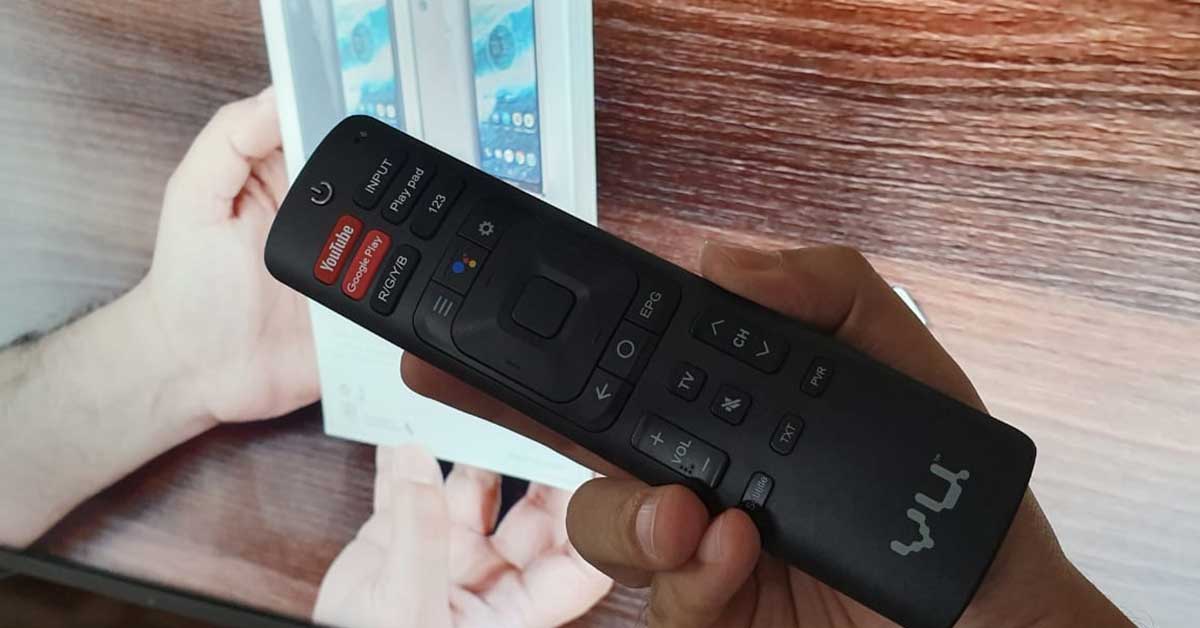 Moving to the display, the 55-inch A+ grade IPS LED-backlit panel on the VU Premium Android 4K TV is one of the best we have seen so far in 2019. It is right up there with the big players such as Samsung and Sony, but with a great price difference. Which works in favour of VU. The videos on this thin panel are vivid and the blacks are deeper than before. With a brightness level of 450 nits, this big screen is excellent for any type of room.

Various aspect ratios are supported but most will use either 16:9 or auto. This is great since most HD channels support this aspect ratio and if you have an HD set top box or watch a lot of HD content online, you are in for a treat. The contrast ratio of the VU Premium Android 4K TV is 10,000,000:1. This means you get richer colours that look close to life.

To talk more about its picture quality lets come over the performance sections. The VU Premium Android 4K TV supports VOD upscaler. This means that users can upscale HD or FHD content to 4K on this smart television. We ran a couple of HD and FHD YouTube videos on the TV and the results were spectacular. It is only during fast-paced action scenes that the upscaling did not work super well, but otherwise it was top notch.

We ran a lot of 4K content on it, including latest games such as Mortal Kombat 11. And with each passing video, it kept blowing us away. As much as we wanted to find a fault in the 4K viewing experience we always came empty-handed. The Indian brand has outdone itself in this department on the VU Premium Android 4K TV. And if you thought that was it, the TV kept surprising us as there is HDR10 and Dolby Vision inbuilt too. Overall, we found the movie and game experience on the TV very-very pleasant. 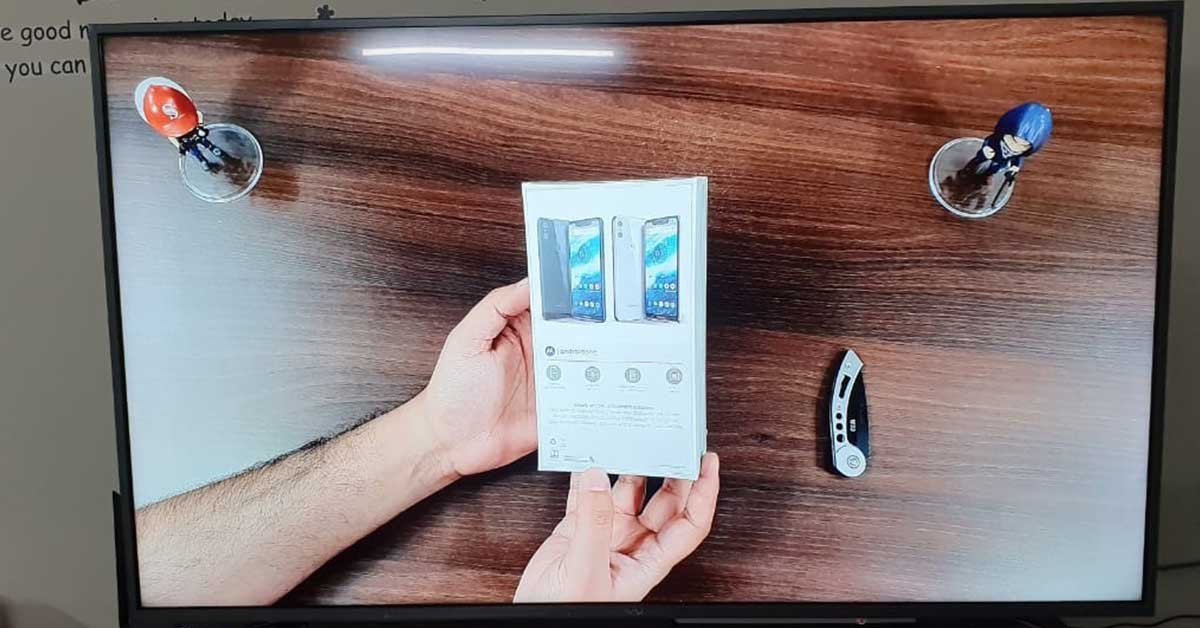 As for the sound, the TV is not bad at all. It has twin 12W RMS down-firing speakers that are neatly tucked under the screen. These support Dolby audio and DXB surround sound as well. We watched the TV from a distance of 20 feet and not once did we felt that the sound is underpowered or we require additional speakers. 8 sound modes are also available on this thin-tube like sports and theatre, which will take care of the most type of viewing and audio experiences.

Switching gears, let’s shed some light on its tech specs and internal hardware. The VU Premium Android 4K TV has 16GB of storage with 1.75GB of RAM. This is paired with a Quad-Core CPU with 1.1GHz clock speed. The graphics are supplied by Mali 450 GPU. The Android version on this smart telly is 8 Oreo. All this (when compared to today’s smartphone) does seem dated, but in television space it is almost top of the line.

What this configuration essentially does is turn on the device, with everything loaded, at a very fast pace. Compared to Blaunpunkt and Xiaomi TVs the VU Premium Android 4K TV boot up much faster. The OS inside is like the rest of the Android TVs with a couple of additional apps like Voot, Alt Balaji etc pre-loaded. Dedicated Netflix and Hotstar apps can also be found on it. Most of the video apps like YouTube and Netflix support up to 4K resolution. However, apps like Hotstar or Amazon prime do not.

Also, 16GB of storage seemed a little less when one wants to keep some videos/larger apps on it. But, if you have USB 3.0 supported pen drive, you can quickly expand the videos and picture storage using the same. Latest video and audio files are supported by the TV and one can additionally download their favourite music streaming apps from the Google Playstore as well. As for the power, this smart LED TV consumes 160 watts when turned that is on the higher side of all things TV.

All in all, at a price of Rs 41,999 the VU Premium Android 4K TV is a steal if you want 4K viewing experience at home. Not only does this flat screen TV performs well, but it also has the sass one needs in their living room. If you want a good large screen experience at home, go for it.

Redmi Buds 3 Lite review: Great performance for the price, are they a worthy buy?

- Advertisment -
VU Premium Android 4K TV 55-inch review: Out with a vengeance to take over the marketOne would not change their television as a mobile phone. That is because a good TV is an expensive proposition and also does not go bad as quickly as a mobile phone does. These days LED TVs have become cheaper and cheaper, with the...