Fitbit Inspire HR Review: A Premium fitness tracker with much to offer 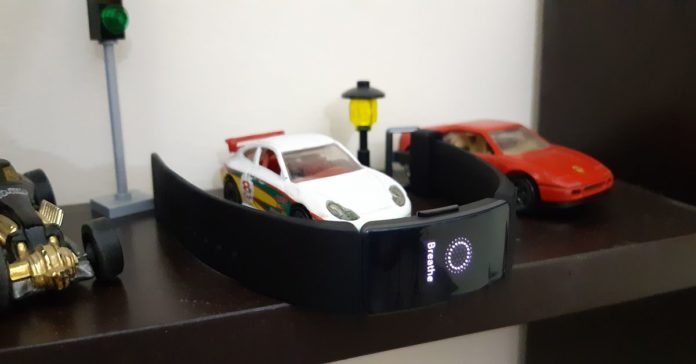 The Fitbit Inspire HR comes with a simplistic design as it has a rubber band styled wrist strap. This is paired with a watch-style metallic clasp to put it in place and adjust the grip when worn.  There is a long and lone button on the left side of the device which is used to control all the menu, icons and options of this fitness tracker. But, since its screen is a touch display, the users can also use it to control the smart device.

The back of the Inspire HR has the charging port, a blinking motion tracker along with heartbeat sensor. While the front of the device is dominated by the dark small screen with monochrome colour reproduction, meaning it just uses two colours – black and white on the screen to display the contents.

The strap of the Fitbit Inspire HR is smooth and comfortable and can fit any wrist size as it comes with two interchangeable straps inside the box. The straps can be taken out of the main device and put on without much hassle as there is a small hinge, which makes the work easier. Although the Inspire HR comes with a rubber strap but it can also be used with a stainless-steel strap, which is trendier and more stylish.

Discussing the features of the Inspire HR, it comes with sleep stage tracker which tracks the duration of the user’s sleep along with the type of sleep – Light, Deep or REM. It can also be used to set alarms and reminders, which is is done with the help of vibrations.  It has an inbuilt activity tracker that automatically recognizes which type of exercise the user is doing and gives the results accordingly.

The heart rate monitor of the Inspire HR is accurate and you will find yourself looking at it more often than you realise as it shows what your heartbeat is during all times. Also, the display of this device is bright. So, it doesn’t prove to be a challenge to see it in direct sunlight.

According to the company, the Inspire HR comes with up to 5 days of battery life, but it can increase or decrease depending on the usage. When used often, the battery life would decrease, but when used occasionally it could last for as long as 6 days. Fitbit has also claimed that the Inspire HR comes with up to 50m water resistant. Although we didn’t dip it in the ocean to find out the exact depth till which the Inspire HR would survive, but we did find it tackling water pretty well in our day-to-day activities. It can survive rain, shower, sweat, splash and pool time so there it passes with flying colours.

When connected with a smartphone (via Fitbit app) and once the pairing is complete it becomes a second extension of the smartphone to which it is connected to. The application can be used to change the interface of the Inspire HR and more interfaces can also be downloaded. Once the user information and the user’s health goals are fed to the application the Inspire HR starts reminding of simple tasks and activities to the user like stretching your legs or breathing.

Since it comes with an all-day activity tracker it tracks all the activity the user had performed during the day. At the end of the day, the user can see how many calories he/she has burned, the number of steps he/she has walked etc. The Inspire HR also reminds and celebrates when the user has completed certain goals like walking 10,000 steps or completing an exercise schedule.

The celebration usually involves vibrations and fireworks, which is displayed on the Inspire HR. But it is also worth noticing that the steps tracker of the Inspire HR can be a bit misleading as it keeps counting even when you are travelling in a bus or car. 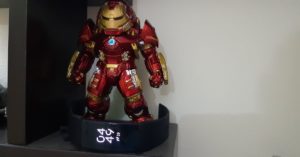 At the end of the week, the applications on the smartphone reminds you of all the goals you have achieved in the past week. The results will also be sent to the email used when first signing up with the Fitbit app. The weekly reports are called as ‘Weekly Progress Report’ and it would show the total number of steps the user has walked, total distance covered, average calories burnt daily, total active minutes, average restful sleep, average resting heart rate along with weight change. It also gives badges to the user on the completion of certain tasks such as distance covered (lifetime miles) or similar fitness achievements.

The smartphone app will also remind the user if there is an update available for the Fitbit Inspire HR, if there is then the smartphone will ask the update to be downloaded. Talking about the charging of the device, it comes with a magnetic charging port which connects itself when brought close to the Inspire HR.

This activity tracker takes quite a few minutes to juice up from 0% to 100%, to be precise around 1.5 – 2 hours. Also, when the fitness tracker reaches below 6% in power level, the display doesn’t automatically show the time but a battery low sign.  Which is prominently displayed on the whole screen that can be a bit annoying.

Overall at Rs 8,951, the Inspire HR is a good premium fitness tracker with many features and functions. Like other gadgets, it comes with its own fair share of pros and cons. But if the user is new to fitness trackers or he is looking for a simple fitness tracker for his exercise and monitoring his day to day activities, he can go for it.

Steps tracker could be misleading