Here is everything that we know about the upcoming phone. 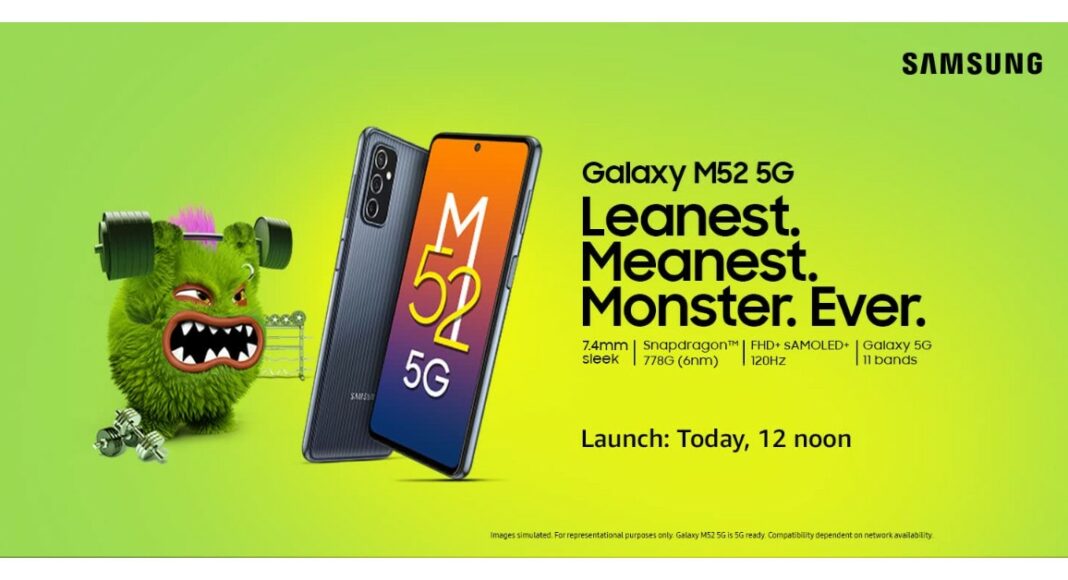 Samsung Galaxy M52 5G India launch is all set to take place today. Ahead of the Indian launch, the upcoming smartphone has already debuted in Poland revealing all the spec details and colour options.

In the country, the 5G ready may feature a triple rear camera set up, a 120Hz AMOLED display and a 5,000mAh battery with 25W fast charging support.

Samsung Galaxy M52 5G will launch in India today at 12 noon. The device is expected to be announced through Amazon as it has already been listed on the e-commerce website to tease its availability.

In addition to this, the 5G smartphone will also be available through the company’s official website in the country. 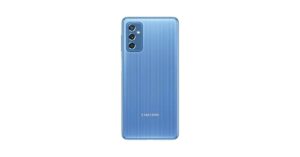 Ahead of its debut in India Samsung Galaxy M52 5G reached Poland which revealed the specifications but did not declare the pricing it would come in.

But reportedly the phone is expected to be priced at PLN 1,749 that converts to Rs 32,900 for the 8GB RAM with 128GB storage. The device may also arrive in three colour options of Black, Blue and White.

According to the Poland website Samsung Galaxy M52 5G is listed to feature a 6.7-inch full HD super AMOLED Plus display with 1,080×2,400 pixels of resolution with 120Hz refresh rate support and a 20:9 aspect ratio.

The 5G ready phone will run on OneUI 3.1 based on top of Android 11. Under the hood, there is an unspecified octa-core SoC with 6GB of RAM and 128GB of onboard storage. The storage can be expanded up to 1TB using a microSD card. However, in India, the phone will be powered by Qualcomm Snapdragon 778G as revealed by the listing.

The Samsung Galaxy M52 5G will come with a triple rear camera setup consisting of a 64-MP primary sensor. Completing the setup there is a 12MP ultra wide-angle lens with f/2.2 aperture and a 5MP macro sensor. For taking selfies and video calling the device will sport a 32MP front-facing camera with an f/2.2 aperture.

It will be fuelled by a  5,000mAh battery with 25W fast charging support. There is a side-mounted fingerprint sensor on the phone that also acts as a power button.

In terms of connectivity, there will be G, Bluetooth v5.0, Wi-FI, USB Type-C and NFC support. The sensor on the phone includes an accelerometer, ambient light sensor, gyroscope, magnetometer, and proximity sensor.

Komila Singhhttp://www.gadgetbridge.com
Komila is one of the most spirited tech writers at Gadget Bridge. Always up for a new challenge, she is an expert at dissecting technology and getting to its core. She loves to tinker with new mobile phones, tablets and headphones.
Facebook
Twitter
WhatsApp
Linkedin
ReddIt
Email
Previous article28 September 2021 Amazon Quiz today answers: Answer to win Rs 15,000 Amazon Pay Balance
Next articleOppo K9 Pro with 120Hz display and 60W flash charge support launched