Samsung Galaxy Note 10 Lite all set to be launched today

The phone was officially launched globally earlier this month 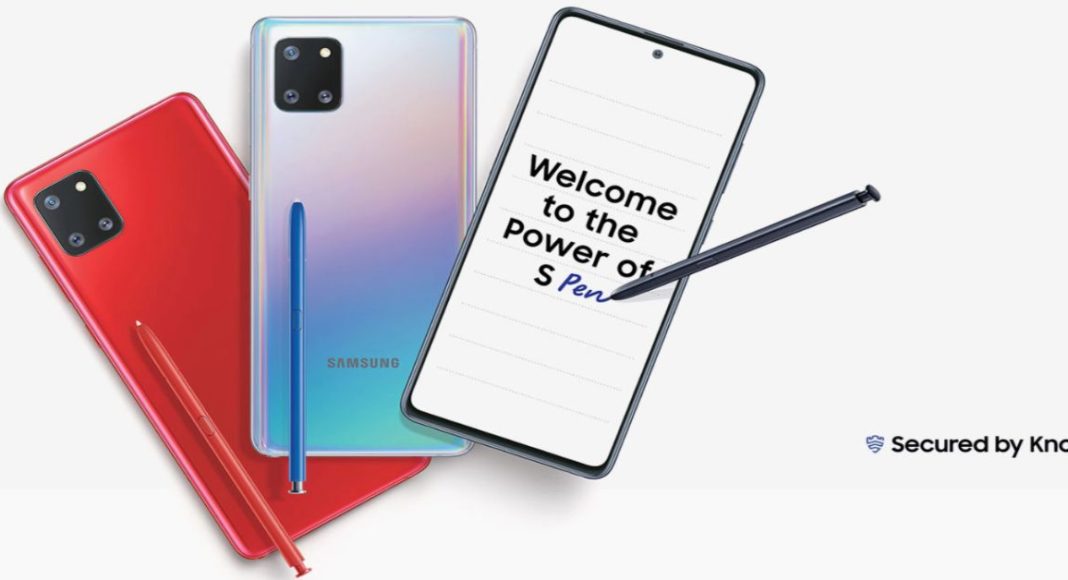 The South Korean smartphone manufacturer Samsung earlier this month launched the Lite version of Galaxy Note 10 globally. The company is now all set to launch Samsung Galaxy Note 10 Lite is the Indian market. Today the company will be launching the phone in the country that comes with a triple rear camera set up powered by an Exynos 8895 chipset and packs 4,500mAh battery. Read on to know more about smartphone’s specifications and pricing.

The company announced via its official Twitter account about the arrival of Samsung Galaxy Note 10 Lite in India. The tweet reads, “With Text Export feature on the #GalaxyNote10Lite, you can jot down your thoughts and simply tap to turn your project notes into readable text that you can copy, paste, and share. Launching on 21st Jan 2020.” The company only announced that the phone will be launching today however it did not disclose the timing of the launch. As per some reports the mobile phone is expected to fall between Rs 35,000- Rs 39,999 price range. So we shall wait till the smartphone gets officially launched to know the exact pricing and its availability.

After the global launch of  Galaxy Note 10 Lite we are very well aware of the specifications of the upcoming smartphone. The smartphone is to come with a 6.7-inch full-HD+ Infinity-O Super AMOLED display with 2,400 x 1,080 pixels of resolution along with a hole punch camera at the top centre. Under the hood, there will be  Exynos 8895 chipset with 6GB or 8GB of RAM and 128GB of storage. The storage can be expanded up to 1TB using a microSD card. The phone runs on Android 10 and packs a 4,500mAh battery along with an in-display fingerprint scanner. The phone also comes with the S Pen stylus that supports Bluetooth Low-Energy for connectivity and can be used for multimedia control, Air Commands and clicking a photo.

In terms of camera, Samsung Galaxy Note 10 Lite sports a triple rear camera setup that includes a 12-megapixel sensor with Dual Pixel autofocus, 12-megapixel wide-angle camera and a 12-megapixel telephoto lens. While on the front there is a 32-megapixel camera for taking selfies and video calling.

Komila Singhhttp://www.gadgetbridge.com
Komila is one of the most spirited tech writers at Gadget Bridge. Always up for a new challenge, she is an expert at dissecting technology and getting to its core. She loves to tinker with new mobile phones, tablets and headphones.
Facebook
Twitter
WhatsApp
Linkedin
ReddIt
Email
Previous article
Samsung announces Republic Day offers on electronics products with assured free gifts
Next article
Havit i37 wireless headset Launched: Now available on Flipkart, Amazon India for Rs 1,299