The handset is likely to come equipped with the world's first 108MP camera. 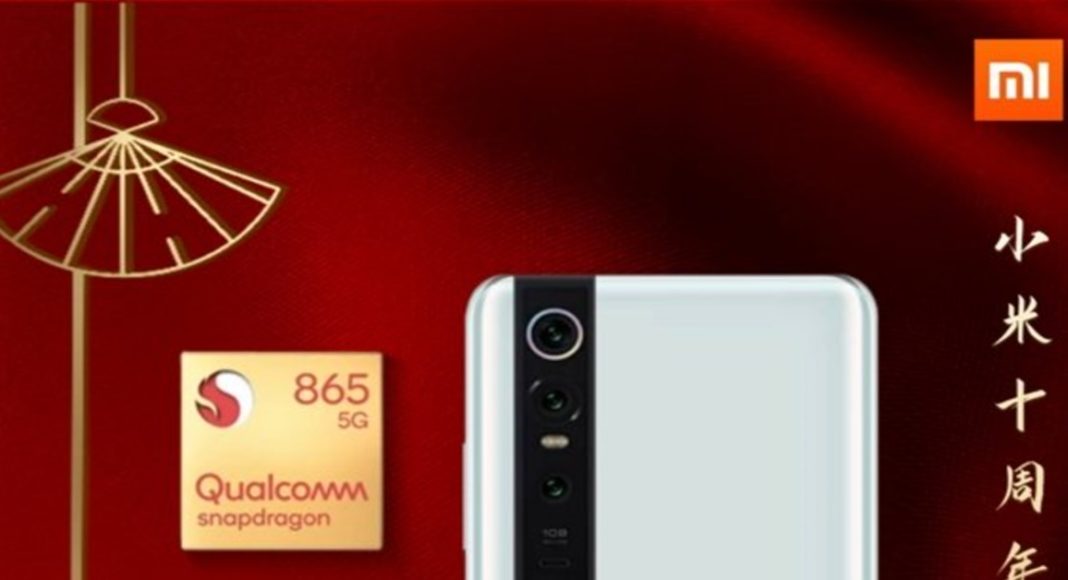 In order to step up its competition against Huawei and Samsung, Chinese smartphone maker Xiaomi has been trying hard to capture the market by constantly launching one product after another. If rumours mills are to be believed, Xiaomi Mi 10 smartphone is likely to make a debut as early as February 11. As far as price is concerned, reports have revealed that it could start at Rs 32,760 in India.

The news started doing rounds after a poster image of Xiaomi Mi 10 was leaked by a reliable leakster online. According to the leaked image on Weibo, it appears that the Mi 10 has taken on Mi Mix Alpha in terms of design.

During the Qualcomm Snapdragon Tech Summit, Xiaomi’s co-founder and VP, Lin Bin, had revealed that the Mi 10 smartphone will come with the Snapdragon 865 mobile platform. He also hinted that the handset would house world’s first 108MP camera as well as it will be a 5G variant. Rumours are doing rounds that Xiaomi Mi 10 will carry a 4,500mAh battery, 6.5-inch display and has wireless charging option. However, it will be confirmed once the Xiaomi Mi 10 gets launched in India.

Interestingly, new leaked real-life shots on Weibo has hinted that the back panel of Mi 10 Pro would be same as the Mi Note 10. Besides, a USB-C port could be seen in the leaked images. Also, the leaked image showcases a 65W charger. This means we have wait and watch is Xiaomi providing fastest-ever charging experience to its users this time.

It could be possible as Xiaomi has always strived hard to keep its fans happily. The China-based smartphone maker has been speculated to roll out its new wireless earphones as well. It’s rumoured that this new accessory is called Mi True Wireless Earphones Lite. According to the leaks doing rounds, the wireless earphones will be budget friendly.

Only time will reveal if these speculations will transform into reality, till then stay tuned for more updates on Xiaomi Mi 10 launch date as well as specifications. Also, let us know about your views in the comment section below.