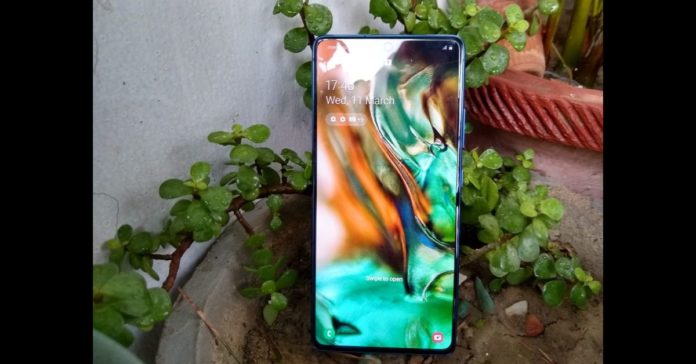 The South Korean smartphone brand kickstarted this year by launching the all-new Samsung Galaxy S10 Lite in India. The device is the watered-down version of the Galaxy S10 series. The company launched the smartphone in the mid-range price segment and offers all the premium features that a phone should have.

So, today we are going to review the Samsung Galaxy S10 Lite and know how it stands against Oneplus devices that have been dominating the market for a few years now in this price segment.

Now let’s begin with the design, Samsung Galaxy S10 Lite offers a big  6.7-inch full-HD+ Super AMOLED Infinity-O display with 1,080×2,400 pixels of resolution. The screen has HDR10+ support, too. It uses Gorilla Glass 3 protection instead of the current Gorilla Glass 5 shield. The device offers a crisp and vibrant display along with a punch-hole cutout at the top centre that is quite big, however, it did not interfere with our overall viewing experience. It comes with slim bezels including the chin for the full display experience. 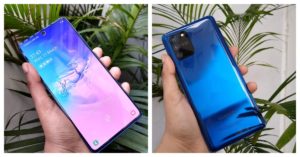 On the back, you get a glass looking glossy plastic panel that often attracts dust particles and fingerprints as well as minute scratches. We recommend using the plastic case, which Samsung has provided inside the retail box. On the left corner the company has put together three cameras along with a flash in a rectangular shaped camera module, which at first seems quite big. On the bottom portion, Samsung’s logo has been stamped in the centre.

On the left side panel, you get a hybrid dual-SIM tray slot that allows you to use two Nano-SIM cards and a microSD card combo. While on the right-side panel you have a volume rocker key and a power button. At the bottom, it has a USB Type-C port and a single speaker. Now you must be wondering where the headphone socket is? Here the company did not provide it, instead, you can use the bundled Type-C headphones or else you can go wireless.

On paper, the new Samsung Galaxy S10 Lite looks pretty decent. It is powered by an octa-core Snapdragon 855 processor, which is Qualcomm’s one of the best and flagship chipset however we would be much happier if the company had used Snapdragon 855+ instead of a year-old chipset. Here we would like to mention phones such as Asus ROG Phone 2, OnePlus 7T  and Redmi K20 Pro use SD 855+ chips. At the time of the launch, the phone only came in one configuration, with 8GB of RAM and 128GB of storage.

The company launched the 8GB RAM with 512GB storage model later last month at Rs 44,999 in India. Despite not having UFS 3.0 speeds it is pretty hard to differentiate because the phone is on the spot when it comes to loading games or opening any apps. We enjoyed playing heavy-duty games like Asphalt and PUBG Mobile at higher settings on this smartphone. Let’s get the benchmark scores out of the way too.

Out of the box, it runs Samsung One UI 2.0, which is based on Android 10 that also includes Bixby, Vision Lens Mode and Routines along with Samsung Pay and Samsung Health. It also has support for the company’s own defence-grade security platform Samsung Knox. And when it comes to battery Samsung offers a 4,500mAh battery that promises excellent battery life which lasts more than a day on being used heavily. However, it did heat up, but not too much on playing Asphalt or PUBG for long. We also did not experience any lag or slowdowns in our daily operation of the Samsung Galaxy S10 Lite. The battery is supported by a 45W Super Fast charging tech, however, it bundles a 25W charger. Nonetheless, that too did not let the smartphone down as it took about an hour to charge from zero to full. 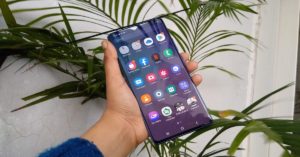 For biometrics you get an in-display fingerprint sensor and face unlock features. Both work swiftly at unlocking the phone even in low light. The bottom-firing speakers are loud, with that we do recommend you enable Dolby Atmos when using headphones which we loved and were efficient enough to deliver high-quality sound while offering passive isolation.

In terms of display, it offers crisp text and the display is bright as well as vibrant. With the Super AMOLED panel, it is good at viewing from all angles. The display also supports 60Hz of refresh rate that excels scrolling Instagram and Facebook feeds. The HDR+ ensures an immersive viewing experience while streaming videos on YouTube or Netflix. 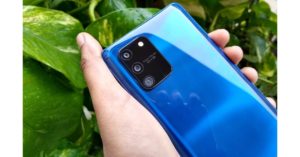 Now let’s move onto the imaging department. Samsung Galaxy S10 Lite comes with three cameras placed vertically in a rectangular shaped camera module. It has a 48-megapixel Sony IMX586 sensor with an f/2.0 aperture, which is supported by Super Steady OIS (Optical Image Stabilisation). The company’s new stabilisation technology is a blessing for those who face difficulty in keeping their hand steady while capturing a picture or recording a video. We also tried capturing some pictures of flowers on a windy day, but the results were unsatisfactory unfortunately we ended up getting slightly blurry images. 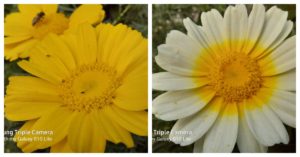 Additionally, you get a  secondary 12-megapixel wide-angle camera with an f/2.2 aperture and a 5-megapixel macro camera with an f/2.4 aperture. While on the front, it sports a 32-megapixel sensor with an f/2.2 aperture for taking selfies. The camera app supports various modes like Live Focus Video, Super Slow-Mo and Pro mode. It delivers stunning shots when taken during bright sunny light and even during low light conditions. Samsung Galaxy S10 Lite provides sharp pictures along with good detailing as well as punchy colours.

Besides this, the macro images results truly surprised us. We have embedded some shots here that deliver a good amount of details as well as accurate colours. But sometimes it struggles to focus on to some objects and the pictures turned out blurry. Instead of a dedicated option for portrait mode here, you get Live Focus mode in which you get various options to change your background and you can adjust the level of bokeh effect too. You get the Live Focus mode for selfies too. 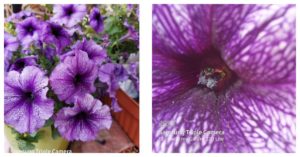 As said, the smartphone comes with a 32-megapixel selfie shooter. The resultant pictures looked vivid and accurate in details and colours during day time. But we were not fully satisfied with the images taken under low light without a flash. Also, we were quite gutted when it comes to edge detection. In the end, the selfie mode left us with a mixed bag of emotions.

Samsung Galaxy S10 lite comes with a good camera set up, longer battery life as well as charging and an excellent touchscreen. But at this price, it has stiff competition. Others are already giving Snapdragon 855+ rather than just 855. The cameras could have been better, but we are sure going by Samsung’s past records they will update the software and the cameras will become better (just like they did with the Samsung Galaxy S10+). All in all, Samsung has created an affordable option for people who were looking for something robust from a well-known brand name.