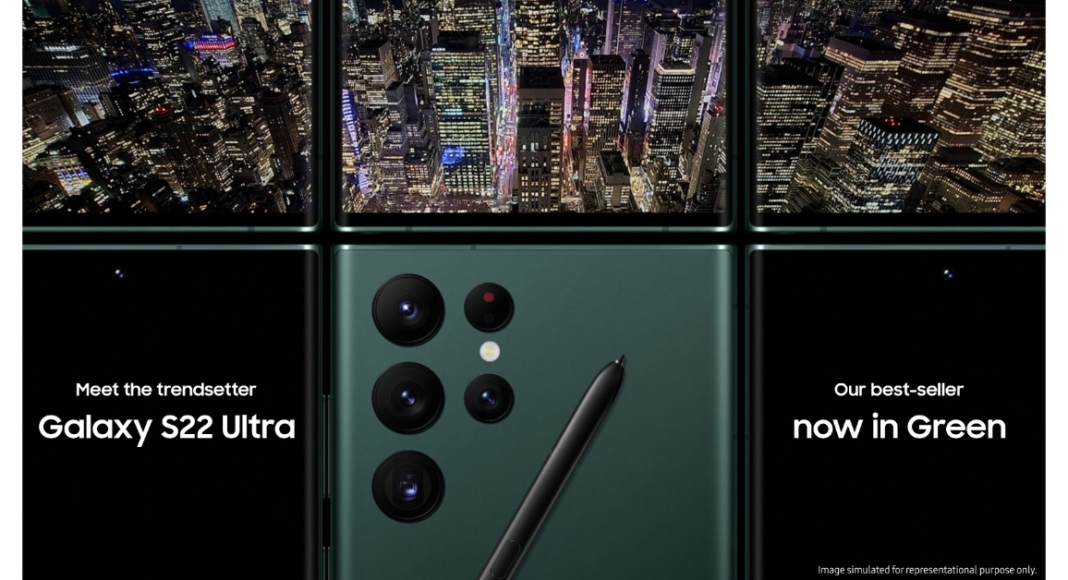 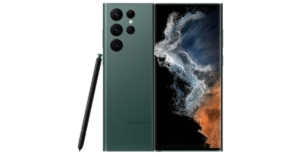 Only the 12GB + 256GB storage variant of the Samsung Galaxy S22 Ultra will be available in the green colour option priced at Rs 1,09,999. Customers can now choose from an additional colour scheme which is now listed on the official Samsung website.

The Samsung Galaxy S22 Ultra has a 6.8-inch Edge QHD+ Dynamic AMOLED 2X display with a peak brightness of 1,750 nits and a 120Hz adaptive refresh rate that can be reduced to 1Hz. Wacom technology has been upgraded on the display screen, allowing for S Pen enhancements such as lower latency. Despite having an S Pen, the phone is said to have 70% less latency than the previous model. The device is powered by an octa-core Snapdragon 8 Gen 1 SoC with up to 12 GB of RAM and up to 1TB of internal storage.

The 5,000mAh battery on the S22 Ultra supports 45W fast charging, 15W wireless charging, and reverse wireless charging via Wireless PowerShare. The phone’s sensors and connections are comparable to those of the smartphone mentioned previously.

Komila Singhhttp://www.gadgetbridge.com
Komila is one of the most spirited tech writers at Gadget Bridge. Always up for a new challenge, she is an expert at dissecting technology and getting to its core. She loves to tinker with new mobile phones, tablets and headphones.
Facebook
Twitter
WhatsApp
Linkedin
ReddIt
Email
Previous article
Redmi Note 11 Review: A decent phone for multimedia use on a budget
Next article
Auto-saving of private images in WhatsApp’s Disappearing mode will no longer be possible