HomeReviewsSamsung Galaxy Tab A8 Review: The best in class tablet

Samsung Galaxy Tab A8 Review: The best in class tablet

A slew of low-cost and mid-range Tablets have recently arrived in India; let's see if the Samsung Galaxy Tab A8 is one to consider. 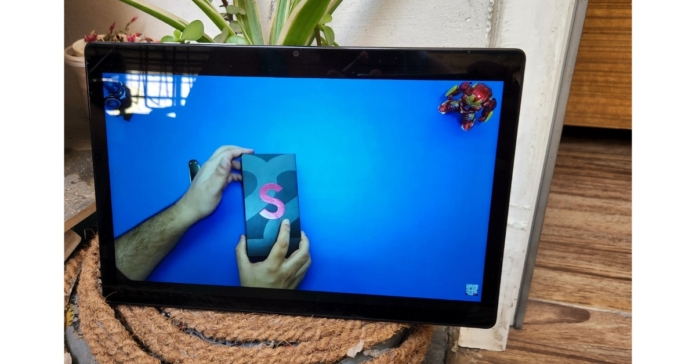 At Gadget Bridge, we’ve been testing a lot of Android smartphones lately. But today we’ll take a look at Samsung’s newest mid-range tablet, the Galaxy Tab A8. It is the successor to the Tab A7, which was one of our favourite Android tablets from last year.

Before we get into our review of this tablet, it’s worth noting that the current state of the tablet market has changed dramatically since the pandemic began. As educational institutions and offices were forced to go online, demand for tablets, particularly the more affordable ones, shot through the roof not only in India but around the world. Many players have stepped forward as a result of this situation.

However, this time around, a large number of low-cost and mid-range Tablets have arrived in India. Samsung and Apple dominated the tablet market, but there is now a lot more competition in the budget tablet market. Tablets from Motorola, Nokia, Xiaomi, and Realme are now available. Other companies, such as Oppo, Vivo, and OnePlus, will soon release their own products. So, let’s talk about the Galaxy Tab A8 today.

First and foremost, let’s discuss the Galaxy Tab A8’s design. As you can see, it has a standard design for this price range with no significant changes. 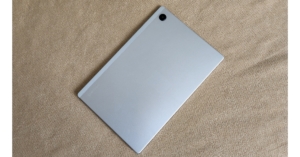 The majority of its body is made of metal, with the exception of the left-hand portion, which is made of plastic. Overall, the Galaxy Tab A8 feels solid and durable, despite its weight of 508 grammes. This tablet comes in a matte silver colour, but Samsung also offers it in Grey and Pink Gold colours, too. 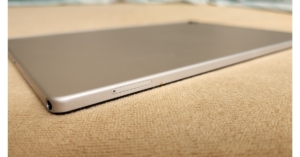 On the right-hand side of the tablet, the power button is conveniently placed above the volume keys. In the tablet’s rounded corner, a headphone port is placed in an unusual location. A single USB-C charging and data port can be found at the tablet’s bottom. You can get a device that only has Wi-Fi or one that has both Wi-Fi and 4G LTE connectivity. 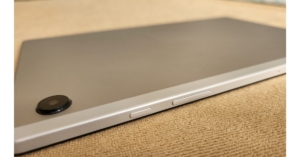 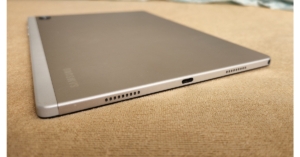 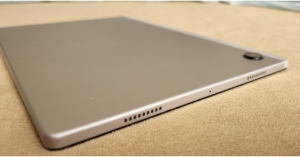 On the front, there’s a large 10.4-inch WUXGA TFT display with a 1,920 by 1,200-pixel resolution. It has an 80 percent screen-to-body ratio and a typical aspect ratio of 16:10. This screen real estate is sufficient for viewing a variety of documents, including PDFs. To make things easier, Microsoft Office is pre-installed on the computer.

Another useful app in the device is Samsung Notes, which can be used to take notes, annotate, and so on. Still, we believe Samsung should have included a better IPS screen instead of this TFT panel. Expecting an OLED display at this price point is unrealistic, but a better LCD screen is expected. We say this because the colours are less vibrant and punchy, and the screen brightness is lower than expected. 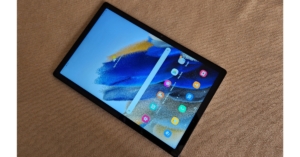 Consequently, watching YouTube videos on the Tab A8 will not be a problem. Thanks to Netflix’s Widevine L1 support, you can even watch HD content there. The quad stereo speaker system here, which supports Dolby Atmos, adds to the multimedia experience. To see how well it works, we’ll put it to the test. We watched a lot of movies and listened to music, but we felt the sound could have been a little louder.

Moving on to performance, Samsung does not specify the chipset used in the Galaxy Tab A8, but it is said to be the Unisoc Tiger T618 chipset, which is based on a 12nm process. The Snapdragon 662 was used in the Tab A7 from the previous year. We didn’t just use this tablet to consume content by binge-watching a tonne of movies and videos; we also used it for quick gaming sessions now and then.

For the most part, the COD mobile gameplay was smooth. Other light games, such as Candy Crush and Subway Surfer, performed admirably. It does get warm, but that isn’t due to a heating issue and is to be expected from a mid-range tablet. Furthermore, prolonged gaming drains the battery rather quickly.

In terms of day-to-day use, the base 3GB model we have feels a little sluggish. Apps take a long time to load, and multitasking is not ideal. We strongly advise you to spend a little more money and grab the higher-end variant.

Moving forward, the software is one area where this tablet outperforms other Android tablets. Samsung’s expertise and superiority in tablet manufacturing are undeniable. While some of the other devices come with stock Android that can’t be customised.

Samsung’s software includes Flow and kids mode but does not support DeX, so the company compensated by providing Samsung Flow as a replacement. This enables you to connect your tablet to your PC via both wireless and wired connections. Similarly, you can cast your tablet PC to a larger screen to enjoy Android apps.

The Kids mode is essentially a programme geared toward children, where they can have a lot of fun with kid-friendly content. Furthermore, users can set parental controls to control what they do.

Moving on, the Tab A8’s cameras are clearly not going to impress you. It has a back camera with 8 megapixels and a front camera with 5 megapixels for selfies. The rear camera does not produce high-quality images, but the front-facing camera is adequate for taking online classes and video calls.

When it comes to the battery, it has a 7,040mAh capacity, and when fully charged, we were able to get up to 7 hours of screen time, which included tasks like attending online classes, streaming multimedia, and gaming. It would last you two days if you had a less demanding workload. However, charging takes a very long time. It takes over three hours to charge the battery from zero to 100 percent using a 15W power brick.

In terms of software and global availability, the Samsung Galaxy Tab A8 is a good upgrade over its predecessor. Other Android tablet manufacturers, on the other hand, have begun to catch up. However, if you’re looking for a low-cost tablet for your children or to simply consume multimedia content or read e-books, the Tab A8 is a great option.

- Advertisment -
At Gadget Bridge, we've been testing a lot of Android smartphones lately. But today we'll take a look at Samsung's newest mid-range tablet, the Galaxy Tab A8. It is the successor to the Tab A7, which was one of our favourite Android tablets from...Komila SinghSamsung Galaxy Tab A8 Review: The best in class tablet