The device comes with a clamshell design 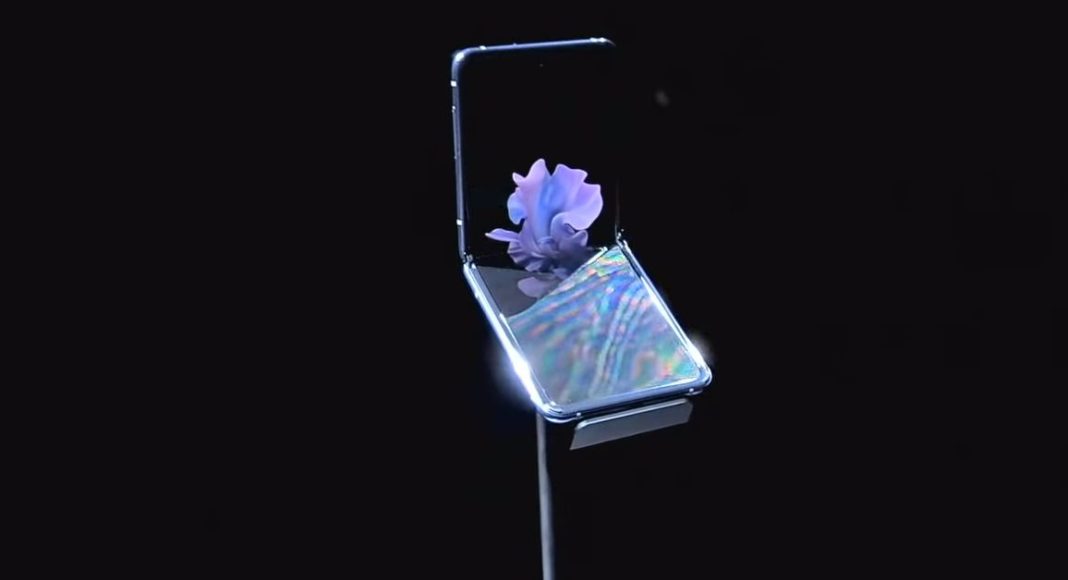 The South Korean smartphone manufacturer Samsung hosted Galaxy Unpacked in San Francisco, California on Tuesday. At the launch event, the company introduced its much-awaited smartphone Samsung Galaxy Z Flip along with the Galaxy S20 series. The square-shaped foldable smartphone has been part of several leaks and rumours prior to its official launch. Ahead of the launch the device also premiered in an advertisement during Oscars 2020. This is the company’s second smartphone with a foldable design but this one opens and closes vertically along with an Infinity Flex display. To recall last year Samsung launched Galaxy Fold that opens and closes horizontally.

The company launched Samsung Galaxy Z Flip in two colour variants Mirror Black and Mirror Purple. Soon Samsung will also introduce the phone in a Mirror Gold colour variant. The device will be available in the select markets including South Korea and the US from February 14 onwards. Samsung has launched the foldable phone with a price tag of $1,380 that translates to Rs 98,400.

Samsung Galaxy Z Flip features a 6.7-inch full-HD Dynamic AMOLED (Infinity Flex) display with 1080×2636 pixels of resolution and a 21.9:9 aspect ratio. The outer display is a 1.1-inch Super AMOLED display with 303ppi pixel density and 300×112 pixels of resolution. The device draws its power from a 7nm octa-core processor coupled with 8GB RAM and 256GB internal storage.  The internal storage can not be expanded as there is no microSD card slot.

Samsung Galaxy Z Flip packs a 3300mAh battery with fast charging support and wireless PowerShare. In terms of connectivity, there is 4G LTE, Wi-Fi 802.11ac, Bluetooth v5.0, USB Type-C, NFC, MST, and GPS. Sensors on the phone include an accelerometer, ambient light sensor, barometer, fingerprint sensor, gyroscope, magnetometer, and proximity sensor. The device measures 87.4×73.6×17.33mm when folded, 167.3×73.6×7.2mm when it is opened and weighs 183 grams. The smartphone opens and shuts vertically rather than like a book. The company has used an Ultra-Thin Glass display instead of plastic the one that has been used on the Samsung Galaxy Fold. According to the company, the glass display is going to last for 200,000 folds. However, the device does not support 5G connectivity, unlike the S20 series that also made its debut at the same event.

Komila Singhhttp://www.gadgetbridge.com
Komila is one of the most spirited tech writers at Gadget Bridge. Always up for a new challenge, she is an expert at dissecting technology and getting to its core. She loves to tinker with new mobile phones, tablets and headphones.
Facebook
Twitter
WhatsApp
Linkedin
ReddIt
Email
Previous article
Samsung Galaxy S20, S20 Plus and S20 Ultra launched: Price and specifications
Next article
Compare: Samsung Galaxy S20 Ultra Vs Galaxy S20+ Vs Galaxy S10+