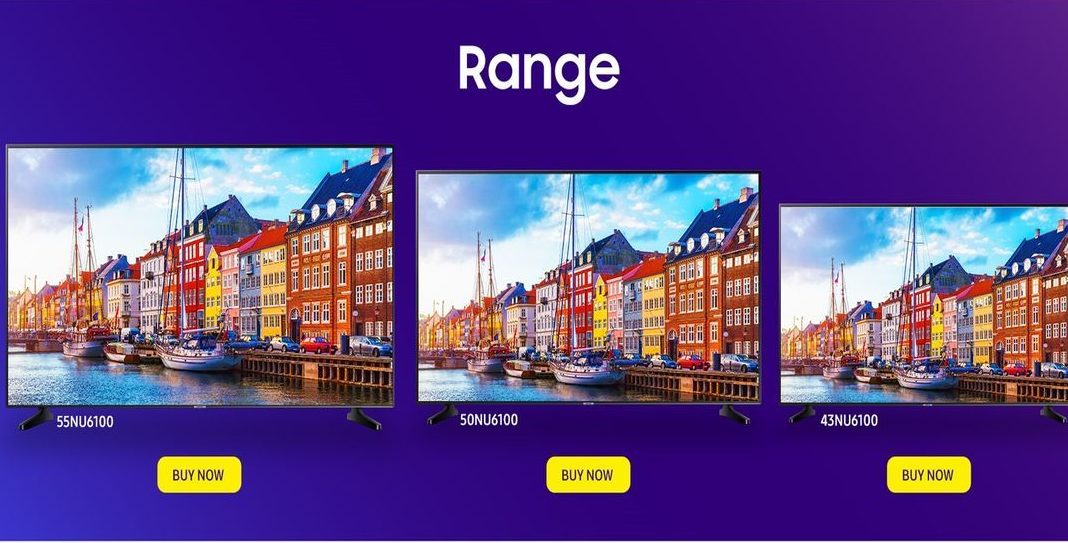 According to Samsung, the new UHD TVs are ‘designed to cater to the needs of online consumers, especially millennials.’

The Super6 feature Samsung brings in its new line-up of UHD TVs has distinct features. The ‘Live Cast’ feature allows the user to broadcast and share any live picture/video from any location to his TV by using their smartphones.

The ‘Real 4K’ of the Super6 feature brings 4K images and content to the UHD screen. With Real 4K, Samsung gives 4 times more pixels than a regular Full HD TV. According to Samsung, with Real 4K the UHD TV produces the tiniest of details clearly and it integrates Smart TV ecosystem.

The ‘Tune Station’ enhances the ‘overall audio experience by adding visual elements to the playlist, thereby turning the TV into a virtual music system’. 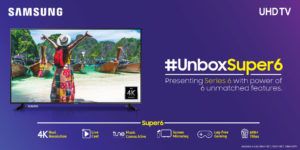 Raju Pullan, Senior Vice President, Consumer Electronics Online Business of Samsung India, said “The new range of UHD TV line-up meets the growing expectations of our consumers by providing a 4K UHD TV with a host of smart features such as Live Cast, Tune Station, Smart Convergence and Lag-Free Gaming. These beautifully designed TVs are also equipped to meet the changing content consumption needs, in sync with their lifestyle demands.”

The Super6 feature also brings the ‘Lag-Free Gaming’ feature, which allows the user to play games impeccably on the new Samsung UHD TV. The TV comes with Game mode and packs a quad-core CPU to make the gaming and viewing experience as smooth as possible. It also comes with the UHD Picture Engine.

The new range of TVs from Samsung also brings more than 60,000 titles for the user to view. These titles contain national and international TV series, movies and other content. The titles offered comes in more than 10 languages. Seems like Samsung is playing the price game in the TV segment too and is ready to give something additional to the end user for a slightly higher price. Which we are sure many would not mind, as they get the Samsung brand sitting tight in their living rooms.

Aman Singhhttps://www.gadgetbridge.com/
Aman Kumar Singh has a Masters in Journalism and Mass Communication. He is a journalist, a photographer, a writer, a gamer, a movie addict and has a love for reading (everything). It’s his love of reading that has brought him knowledge in various fields including technology and gadgets. Talking about which, he loves to tweak and play with gadgets, new and old. And when he finds time, if he finds time, he can be seen playing video games or taking a new gadget for a test run.
Facebook
Twitter
WhatsApp
Linkedin
ReddIt
Email
Previous article
Lava 34 Super feature phone with 2.4-inch screen launched at Rs 1,799 in India
Next article
Anker Soundcore Spirit, Spirit Pro Bluetooth earbuds launched in India: Price and specifications