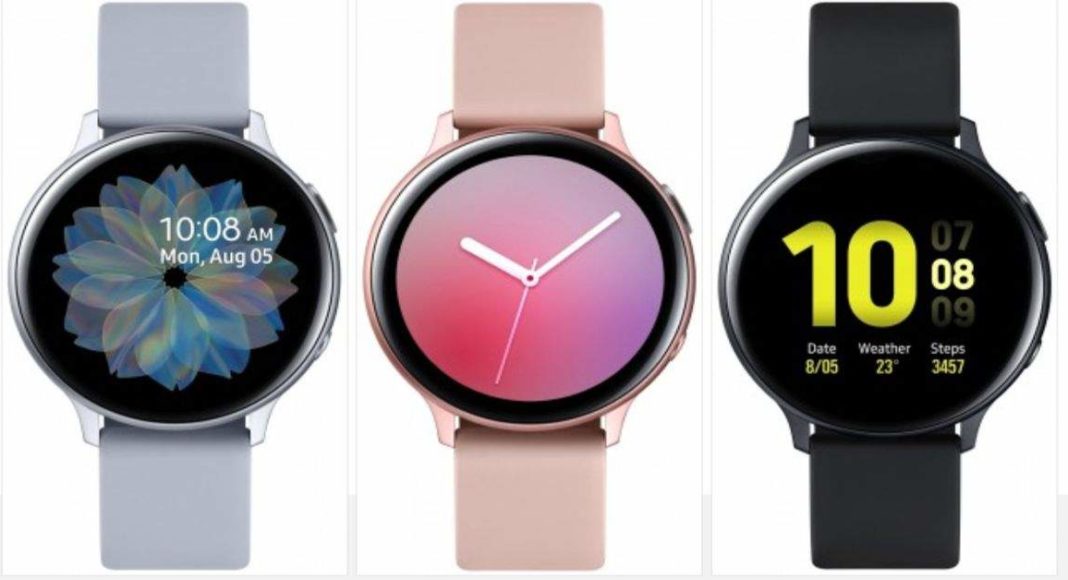 The Samsung Galaxy Watch Active 2 has been launched at $279 (approximately Rs 19710). However, the smartwatch will be put on sale in the United States from September 27.

The smartwatch will come in two case options aluminium as well as stainless steel. The aluminium model will be available with a colour choice of Cloud Silver, Aqua Black and Pink Gold with Fluoroelastomer case. While the other stainless steel model will come in silver, black and a gold finish along with the leather strap. All the models of the smartwatch will be available in two sizes 44mm and 40mm case sizes in Bluetooth and LTE versions. The smaller size of Active 2 (40mm) packs 274 mAh battery, whereas the 44mm one will come up with 340 mAh battery.

All the models of the Samsung Galaxy Watch Active 2 will be powered by an Exynos 9110 SoC clocked at 1.15 GHz coupled with 768 MB RAM along with 4 GB of internal storage.

On the other hand, the LTE models will come with 1.5 GB RAM also 4 GB of internal storage.

The major update of the Galaxy Watch Active 2 has received is now the watch has bezel control. Similar to the older variant the Active 2 also does not have a physically rotating dial. As an alternative, it now has a touch-sensitive black border that surrounds the screen. The touch-sensitive strip allows the user to scroll all the way through the screens as well as the menus that are available on the watch. According to the Verge, the Galaxy Active Watch 2 can be controlled by moving fingers over the touch-responsive screen but it is unfeasible if the user uses it while wearing gloves. It produces a click-like haptic buzz as you move your fingers over the bezel that stimulates the clicks of the physical wheel.

As per the company, it now comes with an enhanced heart rate monitor as well as an accelerometer in the Active 2 above previous models. Galaxy Watch 2 is the first watch to prop up real-time pace coaching all the way through Samsung’s Bixby virtual assistant. In addition, it has an ECG feature; although the company stated that the feature will not be active at launch.

Komila Singhhttp://www.gadgetbridge.com
Komila is one of the most spirited tech writers at Gadget Bridge. Always up for a new challenge, she is an expert at dissecting technology and getting to its core. She loves to tinker with new mobile phones, tablets and headphones.
Facebook
Twitter
WhatsApp
Linkedin
ReddIt
Email
Previous article
Huawei’s foldable smartphone Mate X is reported to go on sale in September
Next article
New case renders of Google Pixel 4 series have surfaced online: More details revealed