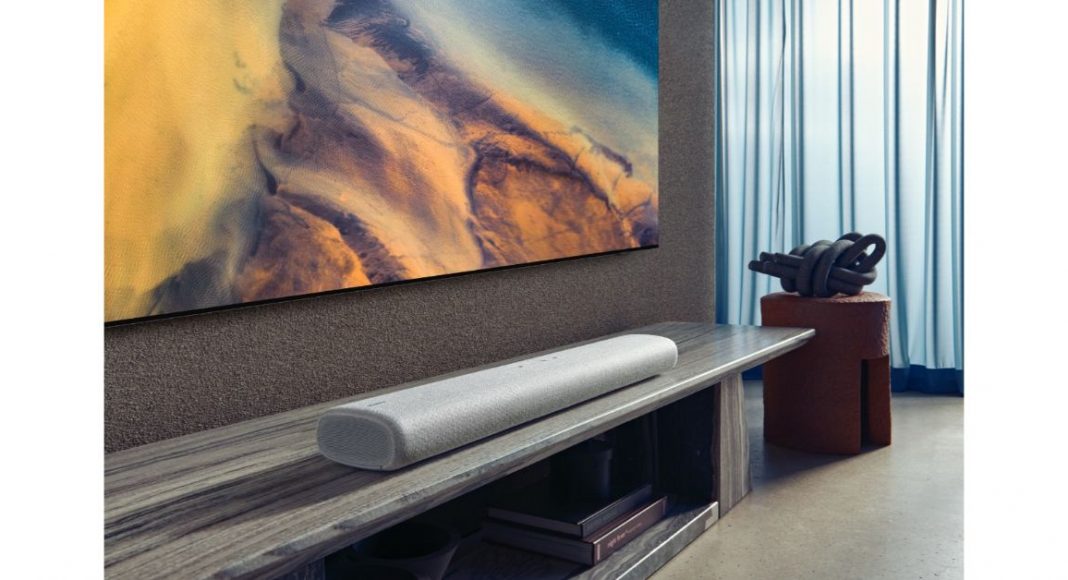 The South Korean electronics giant, Samsung, today introduced a new set of Soundbars in the Indian market. The company has launched a new lineup of Q series, A series, and S series 2021 soundbars in the country. A total of 8 new audio devices have been released ranging from Rs 27,990 and going up to Rs 1,47,990. 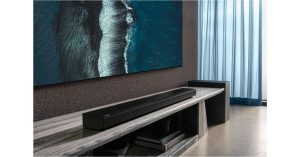 All the Samsung Soundbars are now available for sale via Samsung’s official online store, Samsung Shop and select Samsung Smart Plazas in the country. The launch offer includes up to 10% additional cashback of up to INR 6,000 on all leading credit and debit cards of HDFC Bank, ICICI Bank, Axis Bank, Federal Bank and Bank of Baroda.

Starting with the Q-Series all the models come with exclusive Q-Symphony technology that seamlessly syncs audio from Samsung QLED TV to deliver 3D sound. The Q950A and Q900A  models support true Dolby Atmos whereas Q800A and Q600A models along with true Dolby Atmos support along with Samsung patented technology, the Acoustic Beam that acts as an upward-firing speaker delivering an immersive overhead sound.

All the soundbars in this range are the first 11.1.4 channels in the world that sends out detailed expressions of sound motion in 11 directions. Moreover, the  Waveguide technology, engineered by Samsung Audio Lab, enables up-firing speakers to project audio above you, maximizing the overhead and surround sound effect. Whereas the Q-Symphony allows your soundbar to sync with your Samsung TV that combines and enhances sound through the soundbar’s front, side, and up-firing speakers as well as the TV’s speakers. 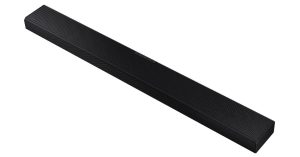 The SpaceFit Sound enables the surrounding environment of your living space and provides optimized sound for you. The Game Mode Pro provides multidimensional 3D dynamic sound optimized for gaming. The soundbar automatically switches to Game Mode when connected to your Samsung TV so you can focus on playing. Both the Samsung Soundbar and TV come with the same interface that lets you turn their soundbar on and off and control various features like mute, sound effects and EQ settings with the remote control for Samsung TV. Plus all the models come with built-in Amazon Alexa support to provide hands-free control.

Coming to the A-Series, all the devices in this range comes with Dolby Audio/ DTS Virtual:X support. With Bass Boost the speakers allow users to add ‘more boom’ and are also provided with an in-built wireless subwoofer. In addition to this, the Adaptive Sound Lite offers optimised sound for TV series, sports, and news by automatically analyzing the audio tracks of each content. 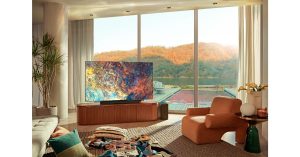 in-built wireless subwoofer. The soundbars in the series have the same interface as Samsung TV so one can control the soundbar too with a Samsung TV remote.

The Samsung S-Series Soundbar comes with a side horn speaker with an Acoustic beam that has multiple up-firing holes. According to the company, each of these holes works like a single speaker and generates more dynamic and panoramic sound effects. The side horn speaker mounted at both ends of the soundbar has a spacious delivery with sound acting like a megaphone that amplifies sound. There is built-in Amazon Alexa support whereas Airplay2 is newly supported through OTN enabling it to be used to stream audio from iPhones and other Apple ecosystem devices. Tap Sound is a feature that mirrors the mobile sound to the powerful soundbar by a single tap.

Komila Singhhttp://www.gadgetbridge.com
Komila is one of the most spirited tech writers at Gadget Bridge. Always up for a new challenge, she is an expert at dissecting technology and getting to its core. She loves to tinker with new mobile phones, tablets and headphones.
Facebook
Twitter
WhatsApp
Linkedin
ReddIt
Email
Previous articleTop 10 Anime movies on Netflix
Next articleOnePlus Watch Cobalt Limited Edition launched, now available in India at Rs 19,999