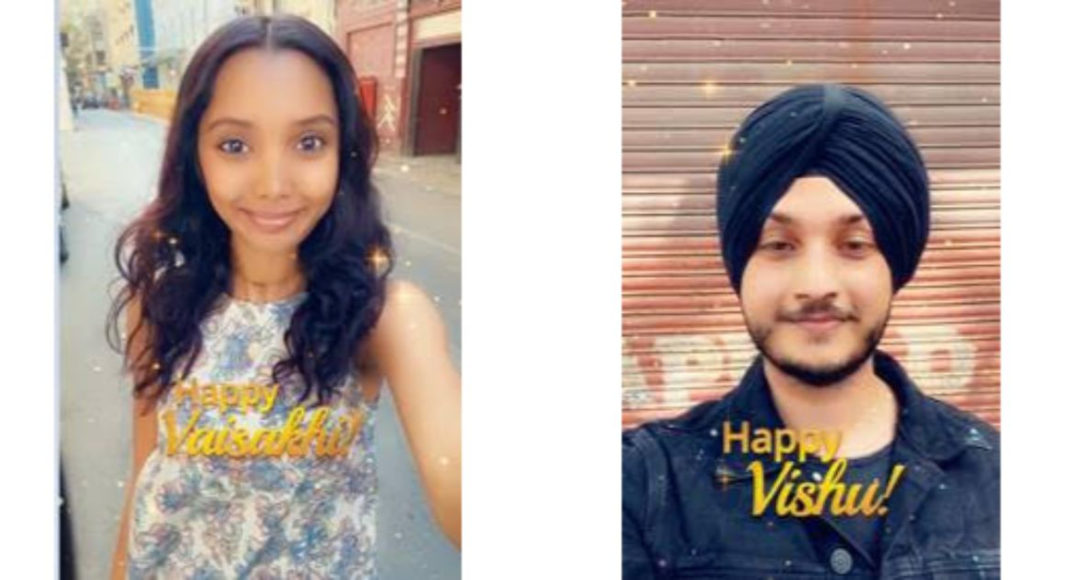 The season of harvest is here but as you are aware of the ongoing coronavirus crisis in India everyone will be celebrating it indoors due to nationwide lockdown. And to mark the commencement of spring as well as harvest season in India Snapchat has added some localised lenses for its users in the country to wish their loved ones while staying at their homes this year. The spring season in India is celebrated throughout the country on April 13 and is called with different names in the different regions on India such as in the north and west we call it Vaisakhi, in the south, it is known as Puthandu or Vishu and in the East, it is called Pana Sankranti, Bihu and Pahela Baisakh. And for each state, the company has introduced a special filter along with a code attached below.

While launching the new special filter the Snapchat stated, “Celebrating India’s cultural diversity and the rich heritage, Snapchat has introduced localized lenses to mark the onset of Spring and Harvest season across the country. Though physically distant yet united in our efforts to keep the country safe, each one of us can welcome new beginnings and wish our friends and family abundance this year. The beautiful Spring festival is celebrated throughout the country, in the north and west we call it Vaisakhi, in the south – Puthandu or Vishu and in the East – Pana Sankranti, Bihu and Pahela Baisakh. For each state, there is a special filter that can be accessed through the Snapchat app or the code attached below.”

Vaisakhi is celebrated in the Northern and Western parts of India. But in Punjab, it is traditionally celebrated with a lot of energy and feeling. On this day traditional Punjabi delicacies are cooked. Snapchat has introduced a special filter for Vaishakhi to mark the festival.

To mark the beginning of the New Year, in Odisha Pana Sankranti is celebrated, there it is called Odia new year. This day is also commemorated as the onset of the ensuing summer season in the country with much enthusiasm. As this year due to the spread of coronavirus, everyone will be staying at home Snapchat has added a special filter to celebrate the Odia new year.

Similarly, there are special Snapchat filters for Puthandu the Tamil New Year, Vishu in Kerala, Bihu in Assam and Pahela Baishakh or Bangla Noboborsho of Bengal.

Komila Singhhttp://www.gadgetbridge.com
Komila is one of the most spirited tech writers at Gadget Bridge. Always up for a new challenge, she is an expert at dissecting technology and getting to its core. She loves to tinker with new mobile phones, tablets and headphones.
Facebook
Twitter
WhatsApp
Linkedin
ReddIt
Email
Previous articleLG’s upcoming smartphone to house Raindrop camera, 3D Arc Design
Next articleThe next generation of emojis scheduled for 2021 gets delayed due to coronavirus