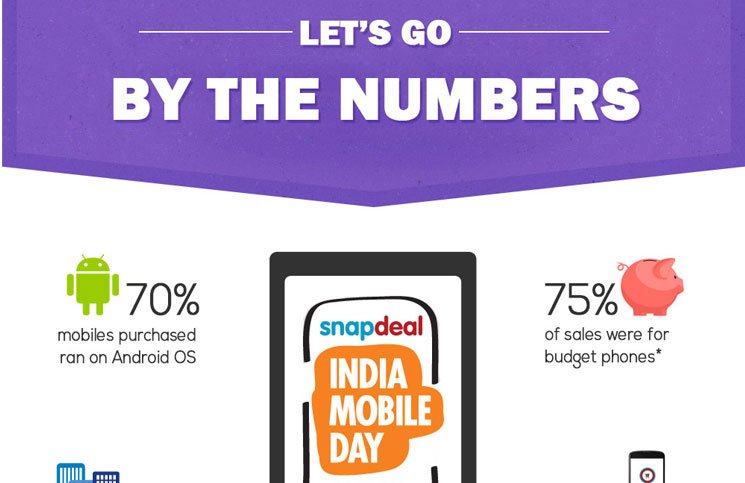 SnapDeal celebrated the Indian Mobile Day on 25 May, where they sold hundreds of mobiles to Indian customers through their app and website. They sent out an infographic that shows Micromax and InFocus mobiles were the most popular brands in North and South India respectively (during the sale). 70% of the mobiles purchased ran Android OS and selfie phones were exceptionally popular.