Sony has joined hands with Microsoft to create a new image sensor. 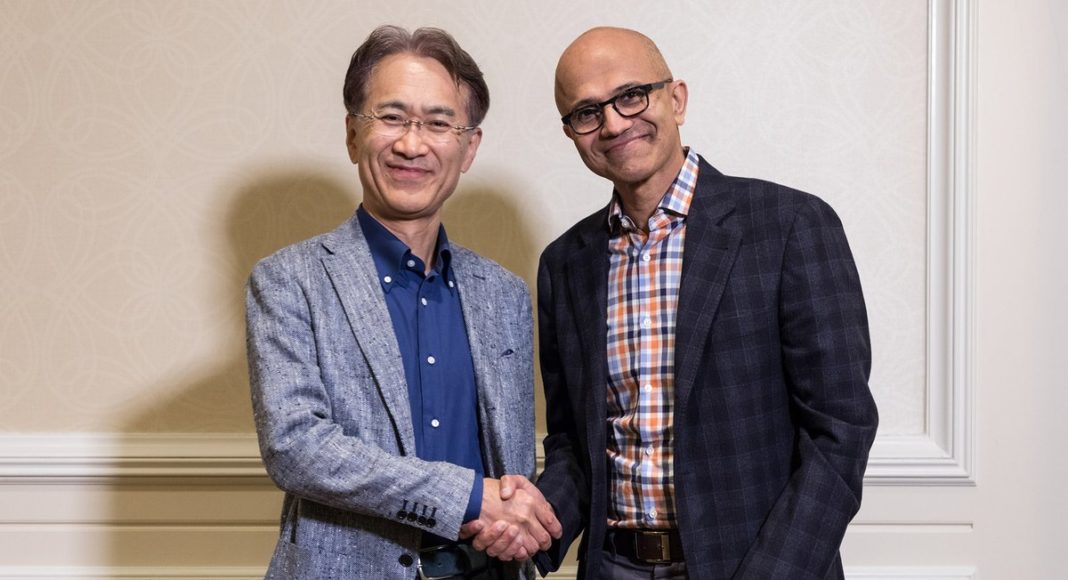 The gaming industry is all set to see a huge change as two of the biggest games and consoles makers have entered into a strategic partnership. This week, Sony and Microsoft announced that they were partnering up to use each other’s services and platforms to develop new image sensors. As a part of this partnership, Sony would use Microsoft’s cloud for streaming games and media.

The partnership is still in its early stages, and many aspects of it have not been determined as of now. But two of the biggest players in the gaming and interactive entertainment services would team up and bring their resources together to develop and make new development tools for game developers.

Sony is the maker of PlayStation consoles and other games while Microsoft is the owner of Xbox consoles, games and many other services. They both hold high regards and respect among the tech and gaming industry. In a statement, the CEO of Sony Kenichiro Yoshida said, “For many years, Microsoft has been a key business partner for us, though of course the two companies have also been competing in some areas. I believe that our joint development of future cloud solutions will contribute greatly to the advancement of interactive content.”

This deal would strengthen Microsoft’s Azure cloud computing business which was one of the reasons Microsoft became a trillion-dollar company. Teaming up of both the company would be helpful for business and their own technologies for both the companies.

On the other hand, Sony, a Japanese electronics maker has already been in talks about the leaks of its upcoming PlayStation 5. It has also been a major developer of camera chips for smartphones and digital cameras. Sony’s partnership with Microsoft will help it develop new image sensors. These sensors will use Microsoft’s artificial intelligence technology for business customers.

Both companies also said that they will explore how to use Microsoft’s AI tools and technologies in Sony’s consumer products. Their end goal is to provide highly intuitive and user-friendly AI experience.

The CEO of Microsoft, Satya Nadella said in a statement, “Sony has always been a leader in both entertainment and technology, and the collaboration we announced today builds on this history of innovation.

Microsoft’s strength has been in the field of PCs, software and electronics while Sony specializes in TVs, smartphones, cameras, consoles, games, speakers etc. In other words, they have a higher market capture. So it would be interesting to see what these two electronic companies do together.

Aman Singhhttps://www.gadgetbridge.com/
Aman Kumar Singh has a Masters in Journalism and Mass Communication. He is a journalist, a photographer, a writer, a gamer, a movie addict and has a love for reading (everything). It’s his love of reading that has brought him knowledge in various fields including technology and gadgets. Talking about which, he loves to tweak and play with gadgets, new and old. And when he finds time, if he finds time, he can be seen playing video games or taking a new gadget for a test run.
Facebook
Twitter
WhatsApp
Linkedin
ReddIt
Email
Previous article
Samsung Galaxy M20 goes on sale in India, receives a limited period discount of Rs 1,000
Next article
PUBG Mobile Season 7: Tips New Skins, Weapon, Royale Pass & More…