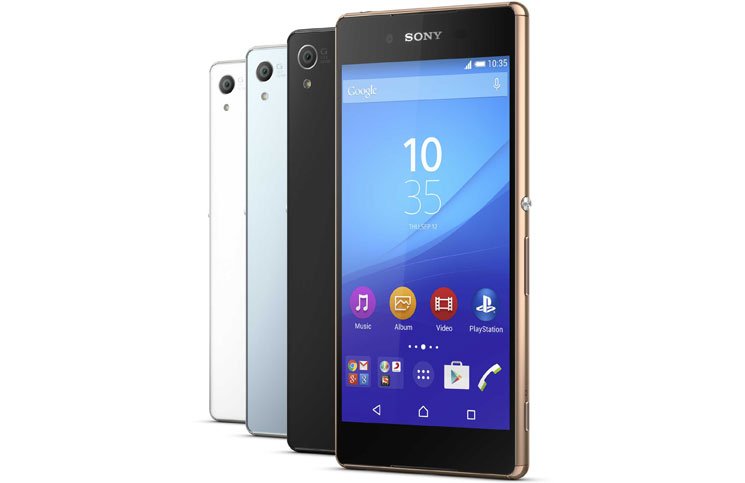 Sony is doing wonders in the world of smartphones and another wonder recently produced by them is the sleek XPERIA Z3+. The Japanese mobile phone producer has added another member to its Xperia series with the launch of XPERIA Z3+ smartphone. This unique device is the premium edition of the XPERIA Z3 series. It is available in four colours, which consists of white, black, copper and aqua green.

The XPERIA Z3+ is 6.9mm slim and has 144g weight. This smartphone is dust proof and water resistant. On the specification front, the Xperia Z3+ smartphone features a 5.2-inch IPS LCD capacitive touchscreen, which comes with 16 million colours display. This device runs on Android OS version 5.0 Lollipop operating system and has a Qualcomm MSM8994 Snapdragon 810 chipset. The smartphone is powered by a Quad-core 1.5 GHz Cortex-A53 & Quad-core 2 GHz Cortex-A57 processor paired with 3GB of RAM. The onboard storage of the smartphone stands at 32GB that can be further expanded by up to 128GB using a microSD card. This device comes with Adreno 430 GPU as well.

On the camera front, the XPERIA Z3+ flaunts a 20.7-megapixel rear camera with LED flash and autofocus. The smartphone also has a 5.1-megapixel HDR front facing camera for clicking selfies and HD videos. The connectivity options of device include 4G, WiFi, Bluetooth, GPS, NFS and houses a 2,930 mAh battery.

The company has priced the Sony Xperia Z3+ at Rs 55,990. This is definitely on the higher side of things. Should you buy it or not? We will let you know in the upcoming review. So stay tuned. Till then check out the first look of the XPERIA Z3+.

Sahiba Sethhttp://www.gadgetbridge.com
Sahiba Seth is a student, pursuing English (Hon) from Delhi University. She has been a trainer of HYTSE (Helping Youngsters To Speak English) in her school. She loves to interact with people and she is crazy about gadgets like mobiles and cameras. She likes to read and search about gadgets, and their features. She loves to stay in tune with the happenings of Hollywood and Bollywood. Also, she is passionate about reading novels and creative arts.
Facebook
Twitter
WhatsApp
Linkedin
ReddIt
Email
Previous article
Sony XPERIA Z3+ First Look and Hands On (Video)
Next article
Asus ET2040 AIO: A basic all in one for your home needs (Review)