Sony PlayStation 5 will be making its way to India on February 2, pre-orders to begin January 12 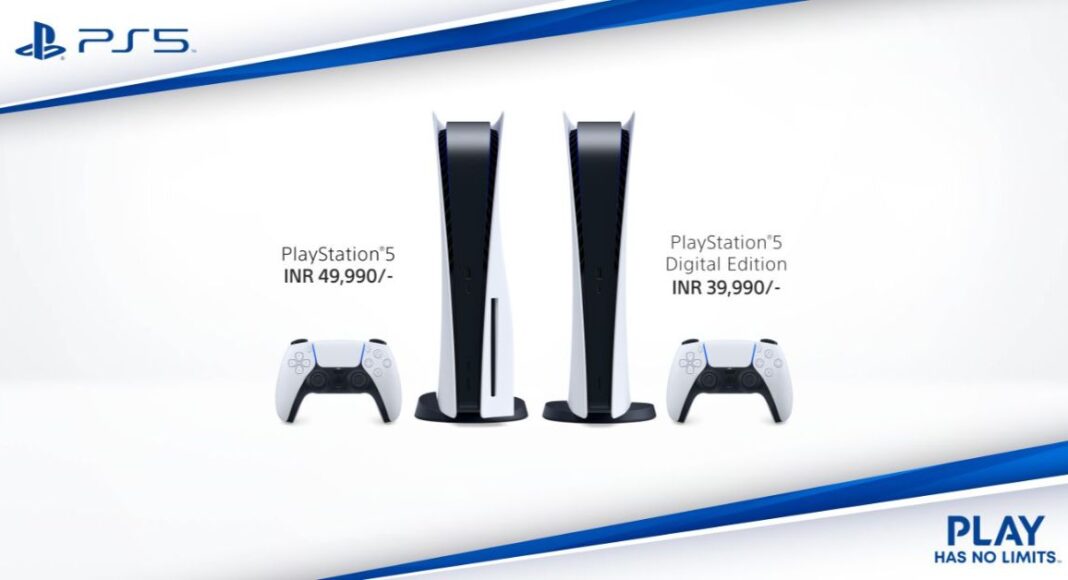 Sony PlayStation 5 was unveiled globally in June last year and has already gone on sale in other markets. But for India, the company only revealed the pricing with no specific launch date. In a new development, Sony India has now officially announced that its latest gaming console PS5 is now coming to India next month and its pre-orders to also start soon till stock lasts.

PlayStation 5 has now been confirmed by Sony to launch in India on February 2. The company has made this announcement on Twitter via the PlayStation India account. In addition to this Sony will begin taking its pre-orders from January 12 at 12 noon onwards via leading e-commerce websites in the country including Amazon, Flipkart, Croma, Reliance Digital, Games The Shop, Shop at Sony Center, Vijay Sales, and select authorised retail partners.

To recall Sony introduced PlayStation 5 in June last year and it has already been launched in other markets like the US, Canada, Mexico, Australia, New Zealand, and other regions in November. It was expected to make its way to the Indian shores later in December last year but was supposed to get BIS certification including copyright as well as stock shortages. However the company in July last year teased its availability through Amazon as well as Flipkart by listing PS5 on the e-retailer platforms.

Looking back on, The company has launched two new variants of the gaming console PlayStation 5 and PlayStation 5 Digital Edition. In October last year, Sony officially revealed the pricing for other markets including India but it did not reveal the availability details of PS5 and PS5 Digital Edition for the country. While announcing the pricing of PlayStation 5 the company said, “ We know that gamers in India are excited to get their hands on PS5. Availability in each country is subject to, amongst other things, local import regulations, and our local teams are working through the logistics. We will share an update on the launch date for India as more information becomes available.”

The price of PlayStation 5 in India will start at Rs 49,990 whereas PlayStation 5 Digital Edition price in India has been set at Rs 39,990. Both the devices will be available via e-commerce websites Amazon, Flipkart, Croma, Reliance Digital, Games The Shop, Shop at Sony Center and Vijay Sales. According to the company along with the gaming consoles, four accessories will also be available for purchase in the country that includes Pulse 3D Wireless Headset, a Media Remote, a DualSense Charging Station, and an HD Camera.

The DualSense Wireless Controller will be available at Rs 5,999, HD camera at Rs 5,190, PULSE 3D Wireless Headset at Rs 8,590, Media Remote will cost Rs 2,590 and the DualSense Charging Station will be available at Rs 2,590. On the other hand, the pricing of games that will come to PS5 has been also announced at that time Demon’s Souls is going to be priced at Rs 4,999, Destruction Allstars at Rs 4,999, Marvel Spiderman Miles Morales: Ultimate Edition at Rs 4,999, Sackboy A Big Adventure at Rs 3,999 and Marvel Spiderman: Miles Morales at Rs 3,999.

Komila Singhhttp://www.gadgetbridge.com
Komila is one of the most spirited tech writers at Gadget Bridge. Always up for a new challenge, she is an expert at dissecting technology and getting to its core. She loves to tinker with new mobile phones, tablets and headphones.
Facebook
Twitter
WhatsApp
Linkedin
ReddIt
Email
Previous article
January 3 Amazon Quiz: Answer five easy question and win Apple iPhone 12
Next article
Ahead of the launch, Xiaomi confirms Mi 10i to be available in Pacific Sunrise colour option in India