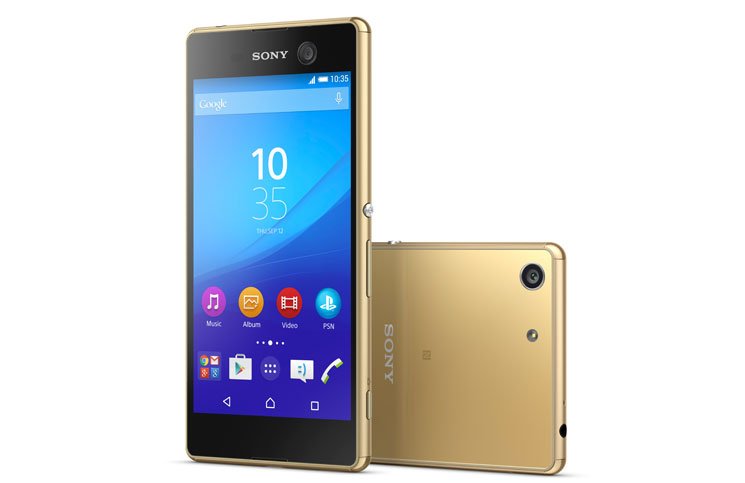 It seems that the smartphone manufacturer Sony is leaving no stone upturned in order to lure its customers. The manufacturer has expanded its M series with its latest offering Xperia M5. The smartphone runs on Android 5.0 Lollipop operating system and will be available in both single and dual SIM variants. The device flaunts a 5-inch full HD with 1920×1080 pixels resolution and Mobile BRAVIA Engine 2.

Powering the Sony XPERIA M5 is a 2.2 GHz MediaTek Helio X10 (MT6795T) Octa-Core 64-bit processor coupled with 3GB of RAM and 16GB of internal storage which can be expanded further up to 200GB with the help of the microSD card. The device sports a 21.5-megapixel rear shooter with LED flash and a 13.0-megapixel front facing camera for video calling. This 4G enabled smartphone from the house of Sony also comes with water and dust protection.

The connectivity attributes of the device include 4G, LTE, 3G, WiFi, Bluetooth, GPS, NFC and houses a 2,600 mAh battery. The smartphone will be available in Gold, Black and White colour options, however the company has not yet revealed the pricing details of the device.