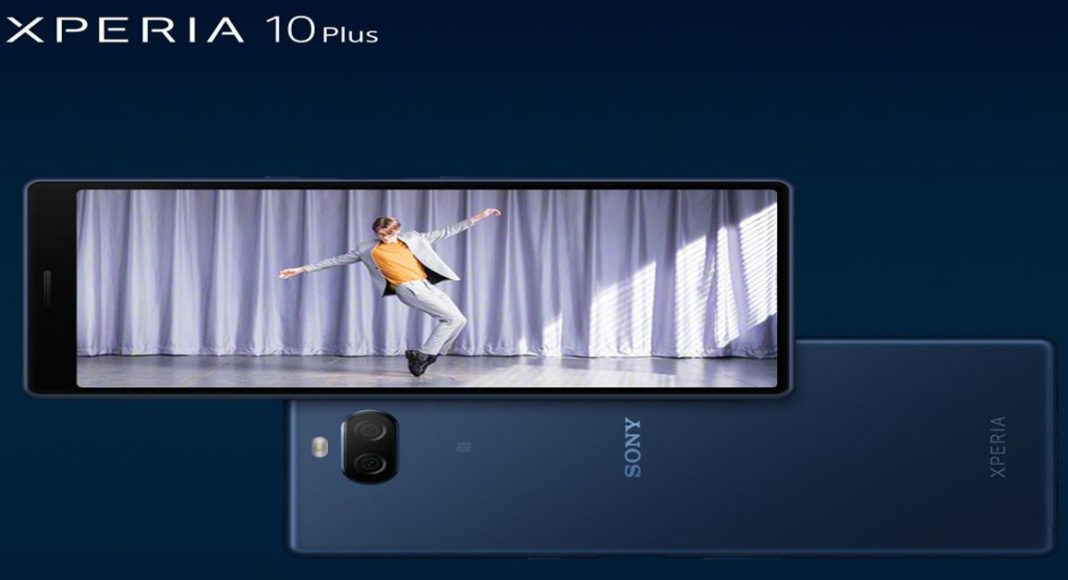 The given aspect ratio of the smartphones is what most films are made in, so with these smartphones the company might be targeting the media lovers who consume the media on their smartphones. The Sony Xperia 10 Plus has a larger display, a bigger battery, better camera and a better processor than its non-plus counterpart. And Sony Xperia L3 is the smallest among the three devices.

We should mention that Sony Xperia L3’s price hasn’t been announced yet but it will go on sale in selected markets only from February 25. The price of the device may vary in different regions but it will launch soon (single-SIM and dual-SIM both).

Sony Xperia 10 comes with a 6-inch Full HD+ display with 21:9 aspect ratio. It is powered by Snapdragon 636 SoC processor clubbed with 3GB RAM and 64GB internal storage. The smartphone can hold a microSD up to 512GB. Sony Xperia 10 runs Android 9.0 Pie out-of-the-box and also supports dual-SIM card (nano + nano). Like its display, the camera too has 21:9 video capturing along with bokeh mode, HDR, hybrid autofocus, 4K video recording and 5X digital zoom, 120fps slow, motion movie recording. In the front, there is an 8MP camera with f/2.0 aperture and flash.

Sony Xperia 10 Plus comes with a larger 6.5-inch Full HD+ display with 21:9 aspect ratio and Corning Gorilla Glass 5 on top. The smartphone runs on Snapdragon 636 SoC processor and comes with 4GB RAM. Internal storage of the smartphone is 64GB and it comes with microSD card support of up to 512GB. At the back of the Sony Xperia 10 Plus is a dual rear camera setup of a 12MP wide-angle sensor with f/1.75 aperture paired with an 8MP sensor with f/2.4 aperture. It too supports 21:9 video capturing along with bokeh effect, HDR, hybrid autofocus, 5X digital zoom, 2x optical zoom, 4K video recording, 120fps slow-motion recording etc.

At the front, there is an 8MP selfie camera with f/2.0 aperture and flash. It houses a 3,000mAh battery that has supports fast charging. Sony Xperia 10 Plus comes with 4G VoLTE, Bluetooth v5.0, NFC, USB Type-C, Google Cast. It has all the necessary sensors and like the Xperia 10, it too comes with high-resolution audio support. It too has DSEE HX, LDAC, SmartAmplifier, Stereo Recording, Virtual Phones Technology and Qualcomm aptX HD audio.

Sony Xperia L3 is the smallest of the lot with 5.7-inch HD+ IPS display with 18:9 aspect ratio and Corning Gorilla Glass 5 protection. Unlike the above-mentioned smartphones it is powered by MediaTek MT6762 Helio P22 octa-core processor and runs on Android Oreo. It comes in a 3GB RAM and 32GB storage variant and it has support for a microSD card of up to 512GB. It has a dual rear camera setup of a 13MP wide-angle sensor with f/2.2 aperture coupled with a 2MP depth sensor with f/2.4 aperture. Its camera has bokeh effect, hybrid autofocus, and 4x digital zoom.

The front panel of the Sony Xperia L3 houses an 8MP sensor with an f/2.0 aperture with flash. It comes with a 3,300mAh battery and has 4G VoLTE, Bluetooth v5, NFC, USB Type-C, Google Cast, among other features.

Aman Singhhttps://www.gadgetbridge.com/
Aman Kumar Singh has a Masters in Journalism and Mass Communication. He is a journalist, a photographer, a writer, a gamer, a movie addict and has a love for reading (everything). It’s his love of reading that has brought him knowledge in various fields including technology and gadgets. Talking about which, he loves to tweak and play with gadgets, new and old. And when he finds time, if he finds time, he can be seen playing video games or taking a new gadget for a test run.
Facebook
Twitter
WhatsApp
Linkedin
ReddIt
Email
Previous articleLenovo launches a ‘Smartphone-Tablet Hybrid’ named Tab V7 at the MWC 2019
Next articleQualcomm announces Quick Charge Power along with Qi interoperability