Japanese technology giant Sony Xperia’s next mid-range Smartphone’s specifications surfaced online. According to the leaked tech specs the, Smartphone will be featuring a 6.0-inch LCD display screen with a 21:9 aspect ratio as seen on theSony Xperia 1. The said smartphone was launched by the company at MWC 2019in Barcelona.  The Japanese publication Sumahoinfo has leaked almost all the specifications and features of Sony Xperia 20.

In terms of specifications as per the leaked report, the mobile phone will be powered by Qualcomm Snapdragon 710 SoC. The device is rumored to be available in two storage variants with 4GB RAM with 64GB of onboard storage and the second device will come with 6GB of RAM paired with 128GB of storage.

The handset will come with a dual camera setup horizontally-placed at the back. The setup will consist of 12-megapixel sensors. According to the leaks, this new device by Sony will measure 158x69x8.1 mm, but the weight has not been revealed by the leakster. It is speculated that the company might launch the device during IFA 2019 in September. The reports suggest that the phone will be available SIM-free by telecom operators including Docomo, AU, and Softbank. 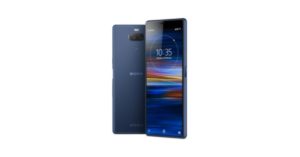 The company has also launched Sony Xperia Ace in the midrange section in its home market in May 2019. The mid-range Smartphone features a 5-inch full-HD+ Triluminos LCD display with an18:9 aspect ratio. The device is equipped with front-firing stereo speakers. The Sony Xperia Ace runs Android 9 Pie and is powered by a 2,700mAh battery. Sony Xperia Ace is available in a single storage variant with 4GB of RAM with 64GB of inbuilt storage that is expandable up to 512GB via MicroSD card.

Komila Singhhttp://www.gadgetbridge.com
Komila is one of the most spirited tech writers at Gadget Bridge. Always up for a new challenge, she is an expert at dissecting technology and getting to its core. She loves to tinker with new mobile phones, tablets and headphones.
Facebook
Twitter
WhatsApp
Linkedin
ReddIt
Email
Previous articleAsus ZenFone 5 Lite starts getting the Android Pie update
Next articleRedmi K20, Redmi K20 Pro Alpha Sale begins on July 12 in India