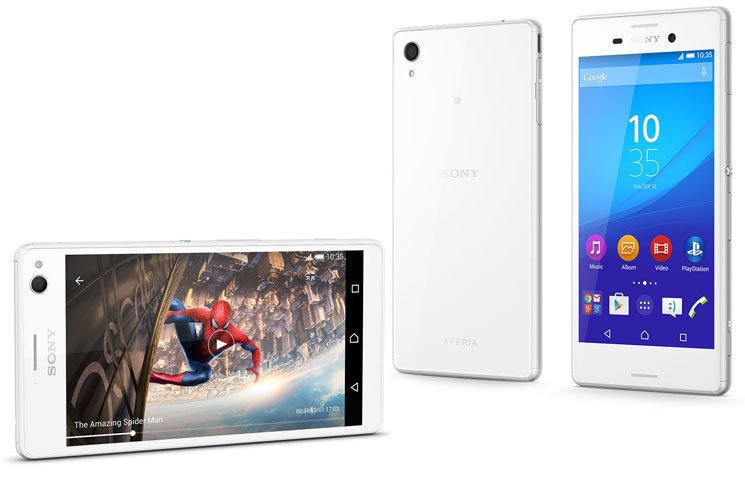 After long we saw Sony holding a press conference to launch a phone. Today they launched not one but two phones in the Indian market. The first one to come from their factory is the Sony Xperia M4 Aqua. This phone is the mid-segment smartphone, which is water and dust proof. One can dunk the phone in water and nothing will happen to it.

Sony Xperia M4 Aqua was showcased first at MWC 2015 and got some rave comments from reviewers all over the world. This phone has a 5-inch IPS display, which supports HD graphics. Sony Xperia M4 Aqua is powered by a 64-bit Qualcomm Snapdragon 615 Octa-core 1.5 GHz CPU that comes with 2 GB RAM and 16 GB Memory. Memory can be upgraded with the help of a microSD card. The Sony Xperia M4 Aqua also has 13 MP rear camera as well as 5 MP front shooter. Sony claims that this phone is exceptional when it comes to low light and dark room photography.

The next phone in line is the Sony Xperia C4. This is the upgrade the C3 and Sony emphasised on the fact that the C4 is built for selfie lovers. The Xperia C4 has a 5.5-inch touchscreen that has 5 MP front clicker with LED flash on top. Now this is the first of its kind that we have seen on a mainstream phone.

Inside the Sony Xperia C4 has a MediaTek 1.7 GHz Octa-core CPU combined with 2 GB RAM and 16 GB on-board memory. Like the M4 this phone also has an additional slot to upgrade storage. However, the Sony Xperia C4 is not water proof. The phone is powered by a 2,600 mAh battery, which is supposed to give the users over 12 hours of talk time. A 13 MP auto focus camera comes as part of the package.

The Sony Xperia M4 is available for Rs 23,990 as MOP and the price of Xperia C4 is still being set.

Sulabh Purihttp://www.gadgetbridge.com
Sulabh Puri is the Editor In Chief of GadgetBridge.com. A content specialist, he started his career young and it has been a rewarding 15 years for him. Before heading Gadget Bridge, he was the Editor of Times of India (TOI) Technology and GadgetsNow.com. He has also led TOI’s international edit arm as the Editorial Head of Business Insider India and Tech Radar India. He has also worked with various media houses such as the India Today Group and Cybermedia. He loves everything ‘gadgety’ and enjoys tinkering with new tech toys and automobiles. A graduate in commerce from Delhi University, he is also an adept graphic designer. When he is not working, he can be found in the kitchen, cooking mouth-watering chocolate cakes and croissants.
Facebook
Twitter
WhatsApp
Linkedin
ReddIt
Email
Previous article
Celkon Campus Q405 available exclusively on Snapdeal for Rs 3,199
Next article
Sony Xperia M4 Aqua First Look Video