We are making your choice simpler with the following comparison. 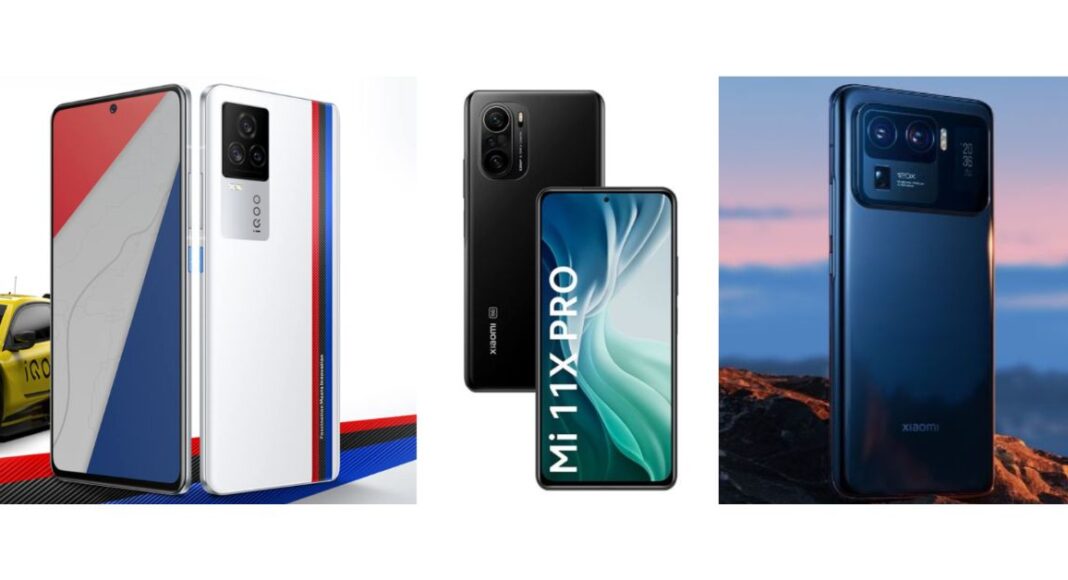 iQoo 7 Legend is the latest smartphone by Vivo’s sub-brand, which comes with the top of line specifications. The device today made its way to the Indian market and is Qualcomm Snapdragon 888 SoC and has a triple rear camera setup. So, today we have compared the smartphone with the recently launched Mi 11X Pro and Mi 11 Ultra that will help you note the differences between the three handsets.

All three phones come with flagship-level specifications and features. Considering the pricing and specs Mi 11 Ultra offers top-of-the-line specs, and is basically a camera-centric smartphone having a 50-megapixel Samsung GN2 primary wide-angle sensor including 48-megapixel Sony IMX586 ultra-wide-angle and tele-macro sensors which the other two smartphones lack. These three phones feature a 120Hz refresh rate display, but the Ultra is slightly bigger than both the handsets.

Komila Singhhttp://www.gadgetbridge.com
Komila is one of the most spirited tech writers at Gadget Bridge. Always up for a new challenge, she is an expert at dissecting technology and getting to its core. She loves to tinker with new mobile phones, tablets and headphones.
Facebook
Twitter
WhatsApp
Linkedin
ReddIt
Email
Previous article
Microsoft announced 13 EA game titles that will support FPS Boost on Xbox Series X/S
Next article
April 27 Amazon quiz answers: Participate and win GoPro Hero9 Action Camera