‘Streets of Rage 4’ Battle Mode to hit PS4, Xbox One, Nintendo Switch and PC on April 30

This feud-settling battleground will support two-player online and up to four-player offline co-op when it launches. 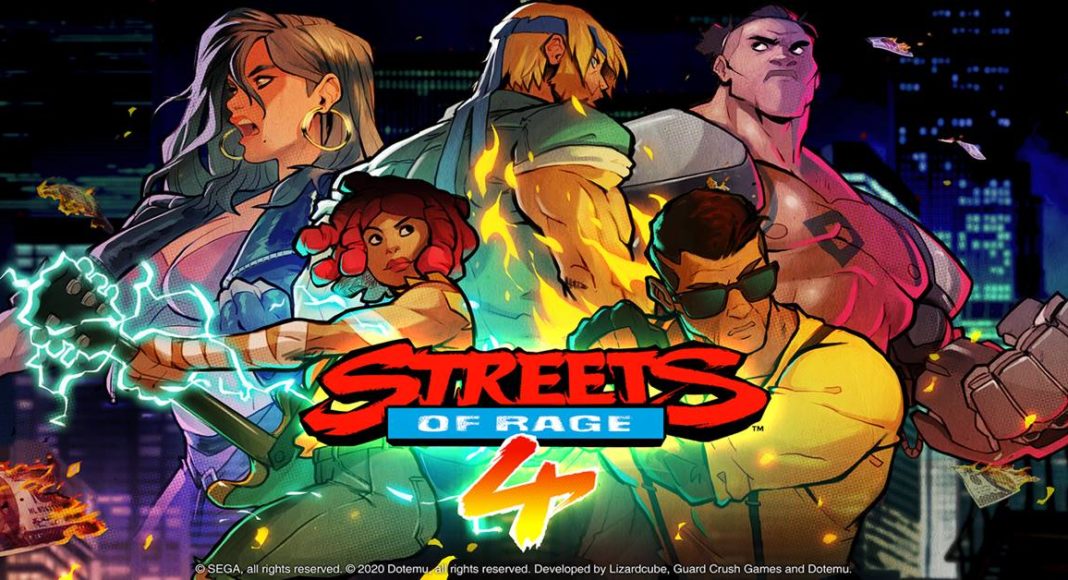 Good news for gamers. After 26 years since the last episode of the Streets of Rage series, the 4th chapter is finally launching with Battle Mode on April 30 on PC, PlayStation 4, Nintendo Switch, and Xbox One for $24.99.

“Battle Mode lets you select your favourite characters and test your skills against one to three friends across several memorable levels. While it’s true that Streets of Rage 4 is all about cooperation, we thought it would be fun to let you guys play around with the characters and discover which of them is the most powerful, and which ones best suit your playing style. Whether you want to train your combos and specials, or just have some fun, Battle Mode is the place to do it – and it will be available right from the start,” said Cyrille Imbert, Executive Producer of Streets of Rage 4.

“Everyone at Dotemu, Lizardcube, and Guard Crush Games is super excited to finally make this dream a reality. As huge Streets of Rage fans ourselves, we can’t wait for you to play and enjoy the game,” added Imbert.

Street of Rage 4 will support two-player online and up to four-player offline co-op when it launches on April 30. This feud-settling battleground is bound to help rivals recognize who truly is Wood Oak City’s finest alley-clearing ruffian, as well as settle grudges spurred by accidental friendly strikes during multiplayer sessions.

Streets of Rage 4 is the series’ first mainline entry in more than 25 years, reuniting Axel, Blaze, Adam, and introducing new fighters a decade after the events of Streets of Rage 2. The new character, Floyd, dishes out serious damage with his incredibly strong cybernetic arms, a cutting-edge upgrade courtesy of Streets of Rage 3’s playable cyborg, Dr. Zan. Although Floyd’s movement and health recovery are slower than most, he boasts the longest reach among the playable roster and tremendous power, ensuring any combo he puts an enemy through will be devastating.

With devastating new combat abilities, fluid animation, and original music from franchise composers Yūzō Koshiro (Streets of Rage 1, 2, & 3, Sonic the Hedgehog), Motohiro Kawashima (Streets of Rage 2 & 3, Shinobi II) and a renowned team of contributing musicians, Streets of Rage 4 celebrates the iconic series’ past while offering an inventive, skull-crackling brawl all its own. Happy gaming!