The device is powered by Helio G90T SoC 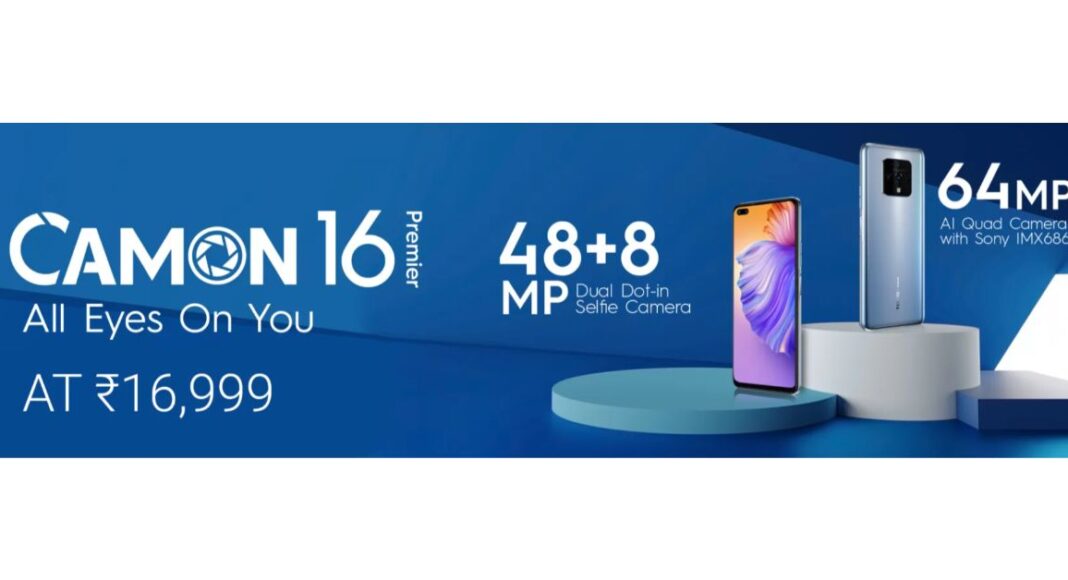 Hong Kong-based smartphone manufacturer, Tecno has now launched a new smartphone in the Indian market. The Tecno Camon 16 Premier is the latest offering by the company and it is powered by Helio G90T SoC. The device features a Full-HD+ display, a dual selfie camera setup and a 4,500mAh battery with 18W fast charging support. In addition to this, there is a quad rear camera set up too. Read on to know more about its pricing and availability details.

Tecno Camon 16 Premier has been introduced in a single configuration of 8GB RAM with 128GB storage. The device is priced at Rs 16,999 and will be available via the e-commerce website Flipkart from January 16 at 12 noon onwards. The new smartphone will be available via offline retailers also. 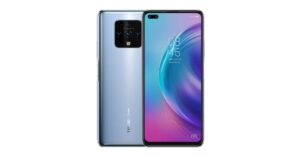 Speaking of the specifications, Tecno Camon 16 Premier features a 6.9-inch full-HD+ display with 1,080×2,460 pixels of resolution, 20.5:9 aspect ratio and 480 nits of peak brightness. There is a dual front camera set on the top-left corner of the screen. The phone runs HIOS v7 based on top of Android 10 OS. Under the hood, there is an octa-core MediaTek Helio G90T SoC coupled with 8GB of RAM with 128GB of storage. The storage can be expanded up to 256GB using a microSD card.

The smartphone houses a 4,500mAh battery with 18W fast charging tech. In addition to this, there is a side-mounted fingerprint scanner along with other sensors such as accelerometer, ambient light sensor, distance reader, e-compass, and gyroscope. For connectivity there is Bluetooth 5., Wi-Fi 802.11ac, a 3.5mm audio jack, GPS among others.

Komila Singhhttp://www.gadgetbridge.com
Komila is one of the most spirited tech writers at Gadget Bridge. Always up for a new challenge, she is an expert at dissecting technology and getting to its core. She loves to tinker with new mobile phones, tablets and headphones.
Facebook
Twitter
WhatsApp
Linkedin
ReddIt
Email
Previous articleAcer launched new Predator Triton, Helios Series Gaming Notebooks and refreshed Acer Nitro 5
Next articleSamsung Galaxy S21 Series Hands-on Videos leaked again ahead of the launch