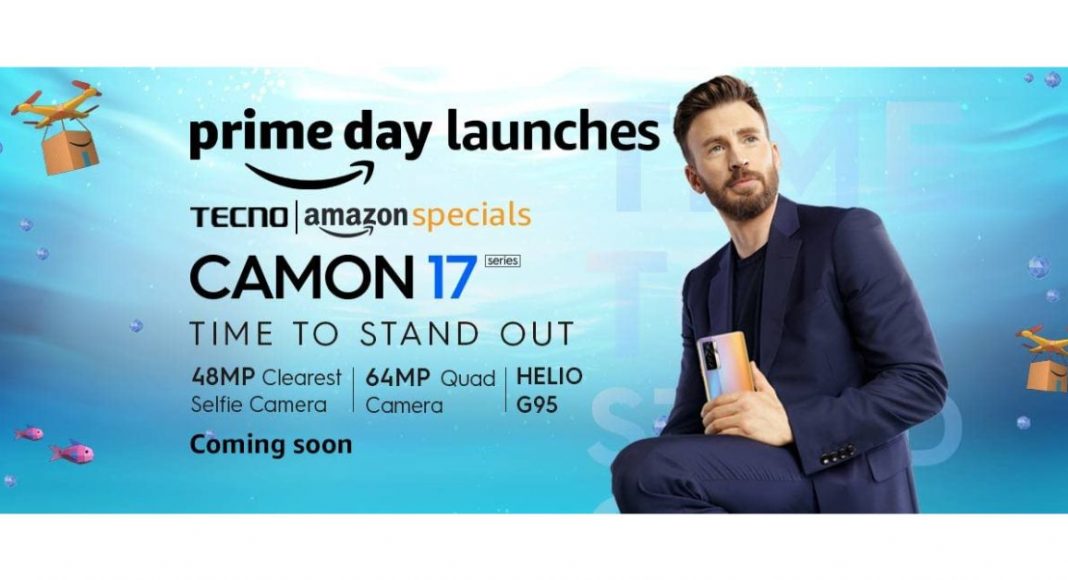 Hong Kong-based smartphone manufacturer, Tecno introduced Tecno Camon 16 smartphone in India last year. The company is now prepping up to launch its successor in the Indian market soon. The latest Amazon teaser confirms the availability of the Tecno Camon 17 series that will be available in the country soon after they get official in the country.

Tecno Camon 17 series is going to succeed the Camon 16 smartphone in India. The company has revealed the arrival of the upcoming series by listing it on the e-commerce website Amazon. However, the teaser page does not confirm the exact launch date of the smartphone series but the company is expected to introduce two smartphones Tecno Camon 17 Pro and Tecno Camon 17. The new lineup has already been introduced in Nigeria in May this year and will make its way to the Indian market soon.

The Amazon teaser reveals that a 48-megapixel selfie camera and a 64-megapixel quad camera set up. In addition to this, the smartphone will be powered by Helios G95 SoC. As per the listing, the device will debut during the Amazon Prime Day Sale which is set to begin from July 26 and will run till July 27. 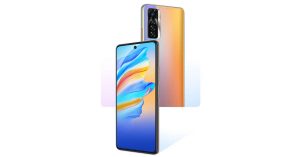 Speaking of the pricing, Tecno Camon 17 Pro comes with a 6.8-inch full-HD+ display with 1080×2469 pixels of resolution and 90Hz refresh rate support. The phone is powered by MediaTek Helio G95 SoC. It features a quad rear camera set up that includes a  64-megapixel primary sensor, an 8-megapixel wide-angle lens, a 2-megapixel bokeh lens, and a 2-megapixel monochrome sensor. While on the front there is a 48-megapixel ultra-clear selfie camera. The device is backed by a 5,000mAh battery with 33W fast charging support.

On the other hand, Tecno Camon 17 comes with a  6.6-inch HD+ display with a 90Hz screen refresh rate. Under the hood, there is MediaTek Helio G85 SoC. In terms of imaging, the smartphone features a triple rear camera setup that includes a 48-megapixel primary sensor, a 2-megapixel bokeh lens, and an AI sensor. Upfront there is a 16-megapixel selfie camera. Backed by a 5,000mAh battery which is supported by an 18W fast charger.

Komila Singhhttp://www.gadgetbridge.com
Komila is one of the most spirited tech writers at Gadget Bridge. Always up for a new challenge, she is an expert at dissecting technology and getting to its core. She loves to tinker with new mobile phones, tablets and headphones.
Facebook
Twitter
WhatsApp
Linkedin
ReddIt
Email
Previous article
Poco X3 Pro review: A smooth performer
Next article
Redmi Note 10T 5G revealed to debut in India on July 20